On Tuesday a woman suffered life threatening injuries during a motorcycle crash in Lake Township. 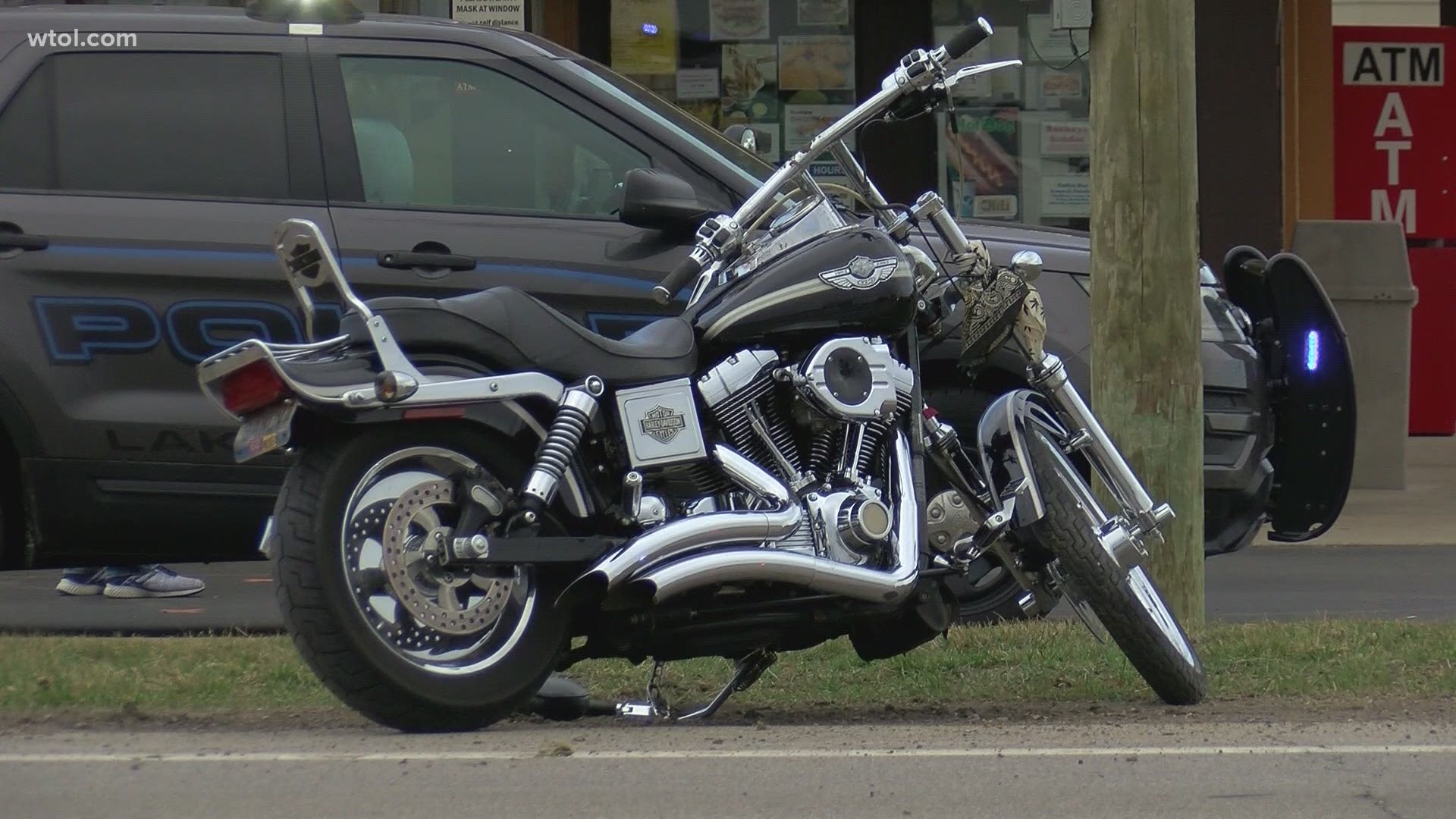 BOWLING GREEN, Ohio — A warm, spring day, and another serious crash at Millbury and Woodville roads.

One on Tuesday sent someone on a motorcycle to the hospital.

Sgt. Matt Geer was on the scene and says they prepare for the worst when they respond to a motorcycle crash.

"Keep in mind the weather is getting warmer and motorcycles are going to be out. When you're changing lanes, make sure you're taking time to look over both shoulders and check your blind spot, check your mirrors," Geer said.

There were 44 crashes involving motorcycles last year in Wood County. Two were deadly and people were hurt in 37 of them.

We went back to the scene of Tuesday's serious crash where many locals are concerned about the Millbury and Woodville intersection.

It's not a four-way stop and the roads intersect at an angle.

"The biggest thing when you come up to an intersection especially ones like the intersection of Woodville and Millbury where it's off at an angle, you have to take the extra time to look both ways," Geer said.

Troopers say you can help avoid some of these crashes by paying attention to the road and if you're the one on the motorcycle, always wear a helmet and practice defensive driving.