One week after flooding, Walleye Festival bounces back to boost businesses, community

A week after flood waters from Lake Erie forced the annual festival to be postponed, hundreds flocked to Port Clinton this week to support the event. 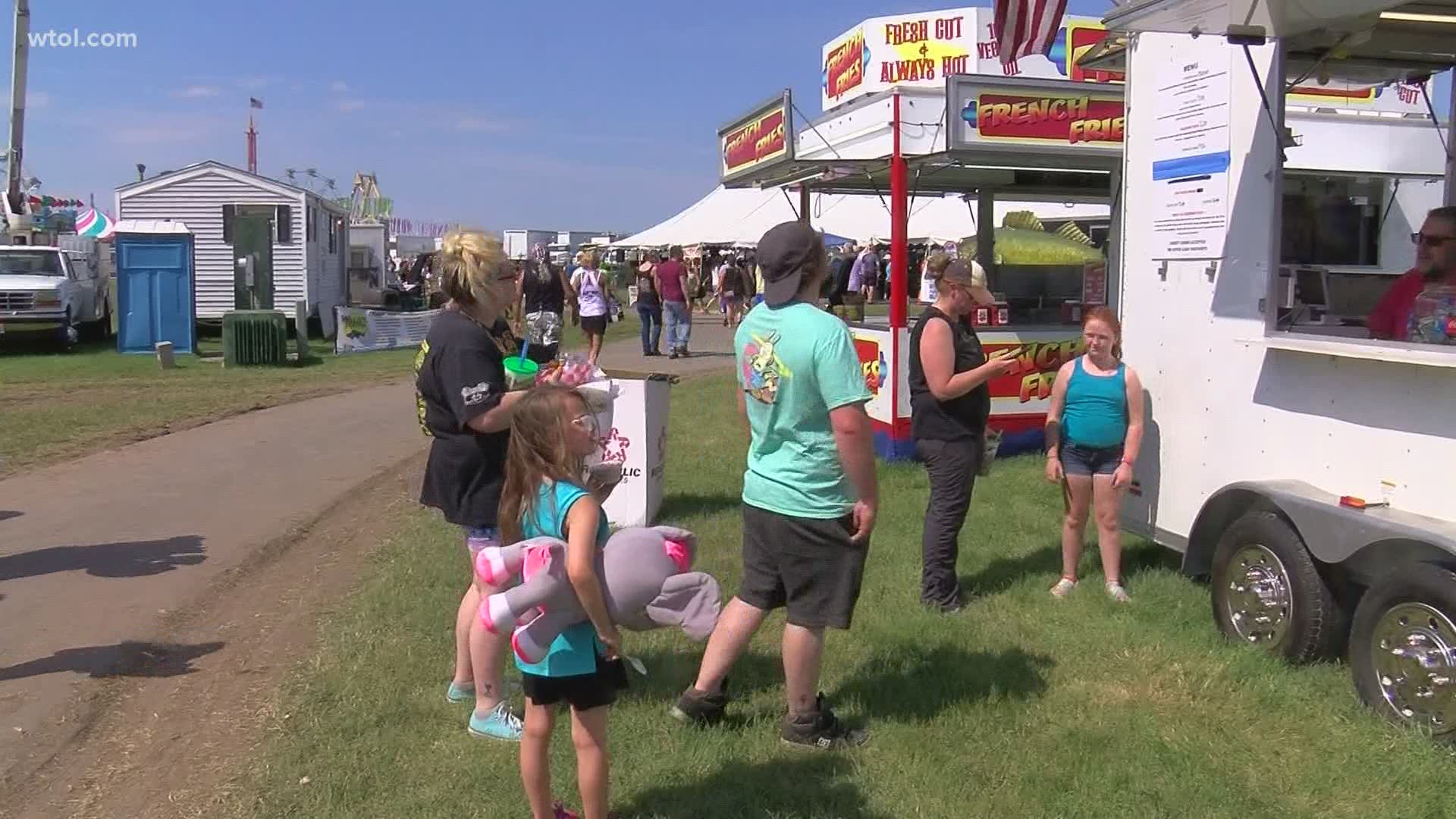 PORT CLINTON, Ohio — What a difference a week makes! Last Saturday, Waterworks Park in Port Clinton was filled with water after a heavy rain, forcing the annual Walleye festival to be postponed.

But now, people have been filling the park this weekend like it never happened.

What a difference a week makes! Last Saturday, Waterworks Park was filled to the brim with Lake Erie Water, forcing the annual Walleye Festival to be postponed. Today, hundreds filled the park in Port Clinton for the event! @WTOL11Toledo pic.twitter.com/pQE3AFiCFV

Rescheduling the festival instead of canceling it has been a blessing for many, including local vendors and small businesses.

Gessner has been coming to the festival for eight years - the same amount of time since he started his food truck in Sandusky.

His trailer and equipment was spared from last week's flooding, so he was able to come back this week. But not everyone was so lucky.

"They couldn't come back because their trailers were ruined," he said, speaking of others, "and they're under repair or they need a new trailer because of the storm."

Around 90 percent of vendors returned according to Main Street president Nichole Kochensparger. She says the festival generates around 75 percent of Main Street's budget for the year. She knew not having the festival would not only hurt the group but local businesses too.

"I was given every resource available to me this past week to get this turned around and it's been a great turnout so far," she said.

The festival also offers exposure to catch up with old friends, neighbors and community groups like Project Noelle -- which helps children affected by the opioid epidemic.

"Events like this people stop and talk and they share their stories," Project Noelle member Laura White said, "and it helps us touch base with the community."

Coming out of the pandemic, the summer's looking brighter every day. Gessner says they're blessed to be fully booked this summer with events coming back.

"This summer I really hope to give our employees hours," he said. "They really missed out last year. Last year was our worst year...worse than our first year of business and I'm just really ready to get back out there."

It's a long road to recovery for many businesses but even with an extra week's delay, businesses say working this annual event is a good start.