Walleye Festival postponed until Thursday due to flooding, state of emergency in Port Clinton

After widespread flooding in Waterworks Park and an assessment of current conditions, organizers have moved the festival's start date to Thursday, June 3. 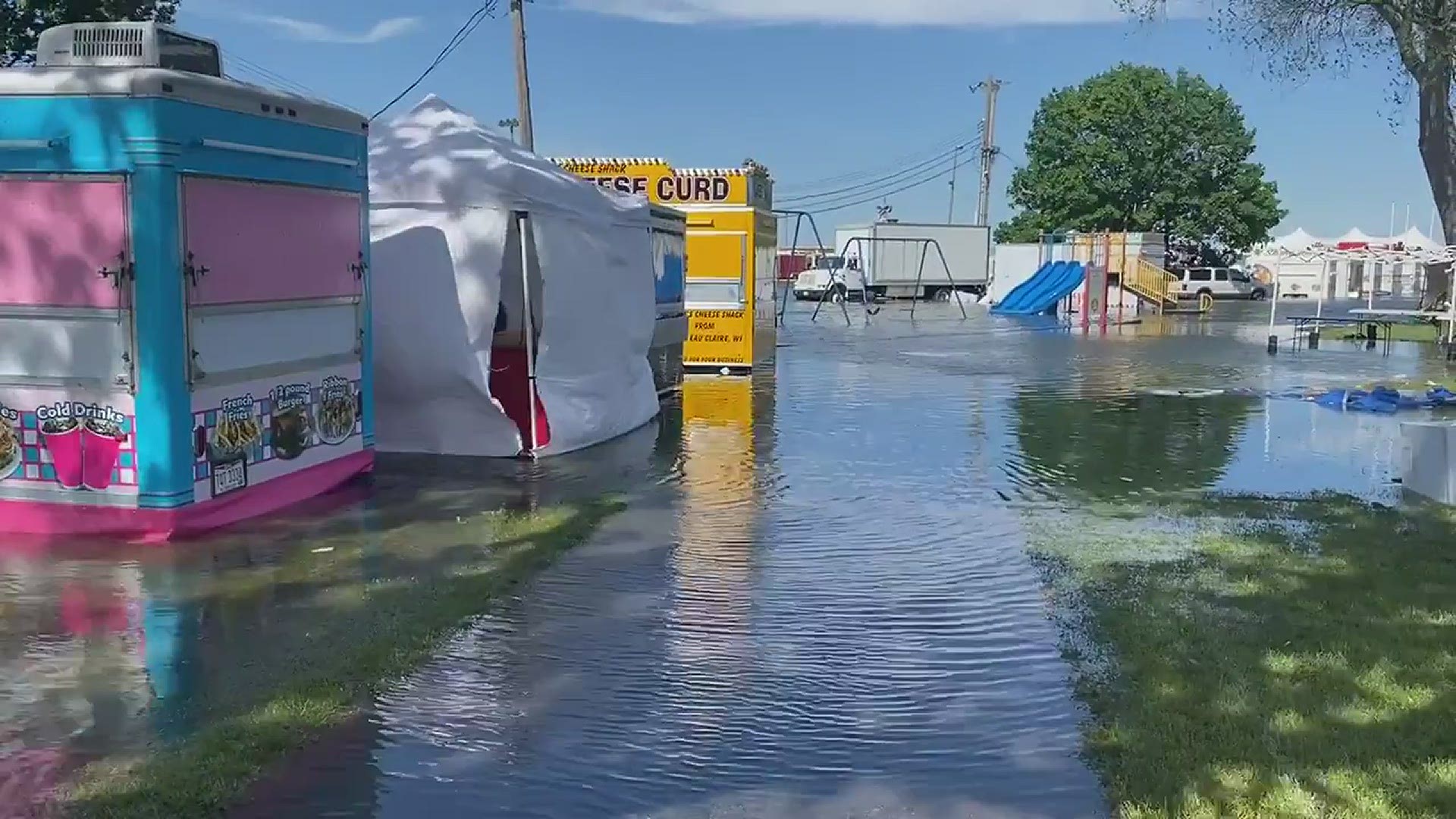 PORT CLINTON, Ohio — The 40th annual Walleye Festival has been impacted by the Friday rainfall and officially rescheduled, after festivities were canceled again Saturday.

The weekend-long event will now take place this coming Thursday, June 3 through Sunday, June 6. All tickets purchased in advance will be honored for the rescheduled dates.

Based on the severity of the flooding and time needed for clean up, festival organizers decided to postpone the festival.

Rides were able to start on Sunday and will also run on Monday and then again next Thursday to Sunday.  Entertainment is still being planned for the upcoming weekend.

Due to flooding, the city of Port Clinton is under a state of emergency.

Waterworks Parks, where the festival is hosted, was submerged under 2 feet of water from flooding along with many electrical lines after the rain and wind. The wires remain underwater as of Saturday.

The Main Street Port Clinton Walleye Fest Facebook page communicated in a post on Saturday afternoon that city crews are working to pump out the water.

An emergency response team and volunteers will be at the park on Monday at noon to help clean up further.