The tradition began in 1997 and continues to grow. 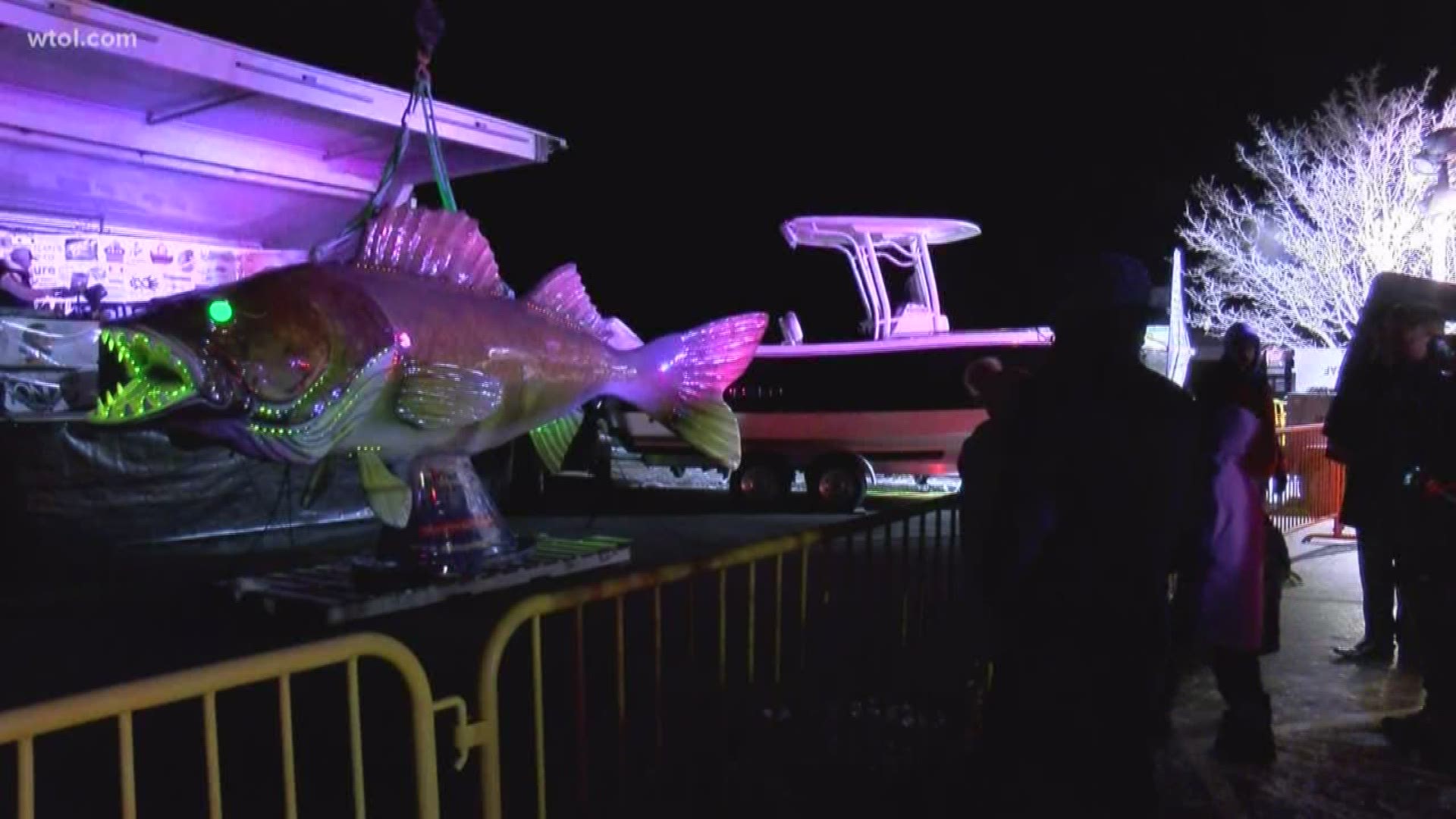 PORT CLINTON, Ohio — A giant fish dropping from the sky — that's been the tradition in Port Clinton for more than two decades as they ring in the New Year.

Wylie has gotten a major upgrade since the Walleye drop began in 1997. It started with paper mache.

Now, Wylie is a custom-built fish that puts on an LED light show for anyone who wants to snap a picture.

"I just thought it was so cool you know, Times Square the ball drop, this is so much more fun way to do it," Alan Gerlat said.

Ahead of the event, Allie and her family who are visiting Port Clinton from Florida for the holidays join many others escaping the cold to enjoy a fresh fish fry.

It's a way to enjoy what keeps the city of Port Clinton moving.

"It's absolutely everything, fishing is the number one industry in our area and tourism as well, but yeah, it's a driving force for sure," Wylie Walleye Foundation Vice Chair Kristina Willoughby said.

While the event isn't new, Willoughby and the Wiley Walleye Foundation are trying to grow it expecting around 5,000 people.

"Port Clinton is the Walleye Capital of the World and we've been doing this for 22 years and we're breathing some life back into the event and so we're just excited to have more people come," Willoughby said.

That growth coming with people from Florida, Texas and other parts of the state and country learning about this unique tradition.

So they can have a ball as the giant walleye drops to ring in the new year.\

RELATED: Scores of folks ring in 2020 in downtown Toledo

RELATED: Kids all over Toledo celebrate the New Year at noon