Family, friends and former teacher of the 17-year-old said there is no reason why youth in Toledo should die from violence. 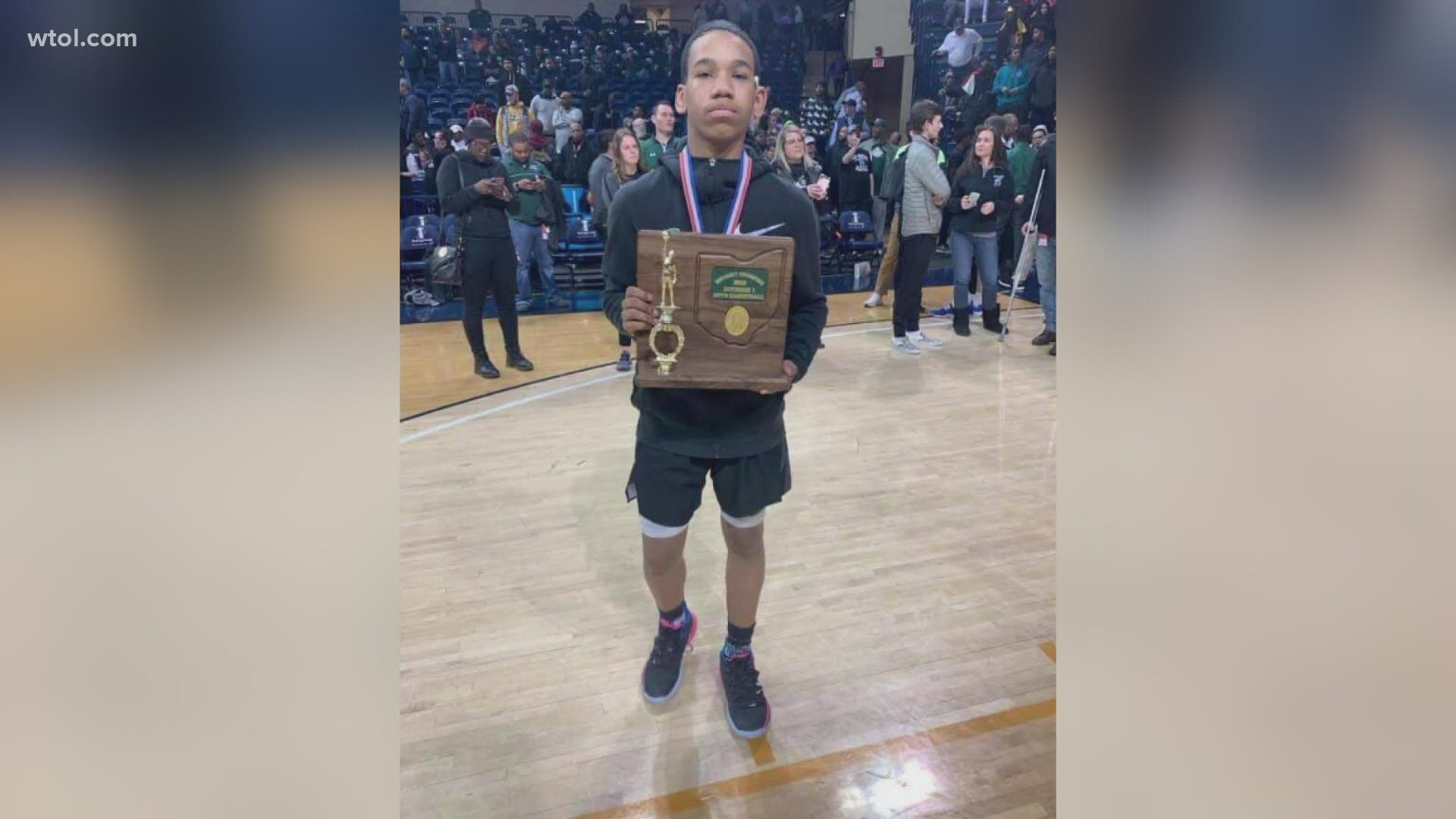 TOLEDO, Ohio — Toledo police are actively investigating the shooting death of 17-year-old Nareon Grier. This comes after autopsy results concluded the teen's death was a homicide.

In a vigil held Tuesday afternoon, family and friends gathered to ask for the violence to end.

Angle Grier tried to hold back tears as she remembers her son, who was shot just three days ago.

A community of Nareon Grier's family, classmates and former teachers joined her as they remembered how full of life he was.

"When you see him it's just, you just know, nothing but just good things with him. You know, he just had that positive about himself," Grier's aunt, Jackie Horton, said.

"I remember him shooting that 3-pointer and looking at me and grinning. I will remember that till the day I die," John Korenowski said.

Mary Pollauf, his 4th-grade teacher, said she's even asked herself whether she could have done something more.

Nareon is the 11th child under 18 to be killed this year.

It's another young life gone, and a call to young people and leaders to stop the gun violence.

"Find a way to pick yourself up. Confidence within yourself and strive just like he did. You know it's never an easy road but we all can get through it if we help each other," Horton said.

"Everybody is not your friend. They will hang with you every day. Do and pour in things to make you feel like they're your friend but they're really not your friend," added Angle Grier.

Grier's grandmother said they plan to hold a wake and funeral for the 17-year-old this Sunday and Monday. Right now, they are okay with the public attending with respect.

RELATED: 'Am I next?' | 11 victims of homicide in Toledo this year were juveniles, causing worry among peers