The owner of Dale's Bar and Grill in Maumee confirmed the video was taken on Saturday but also says his employees do not have to wear masks for certain reasons. 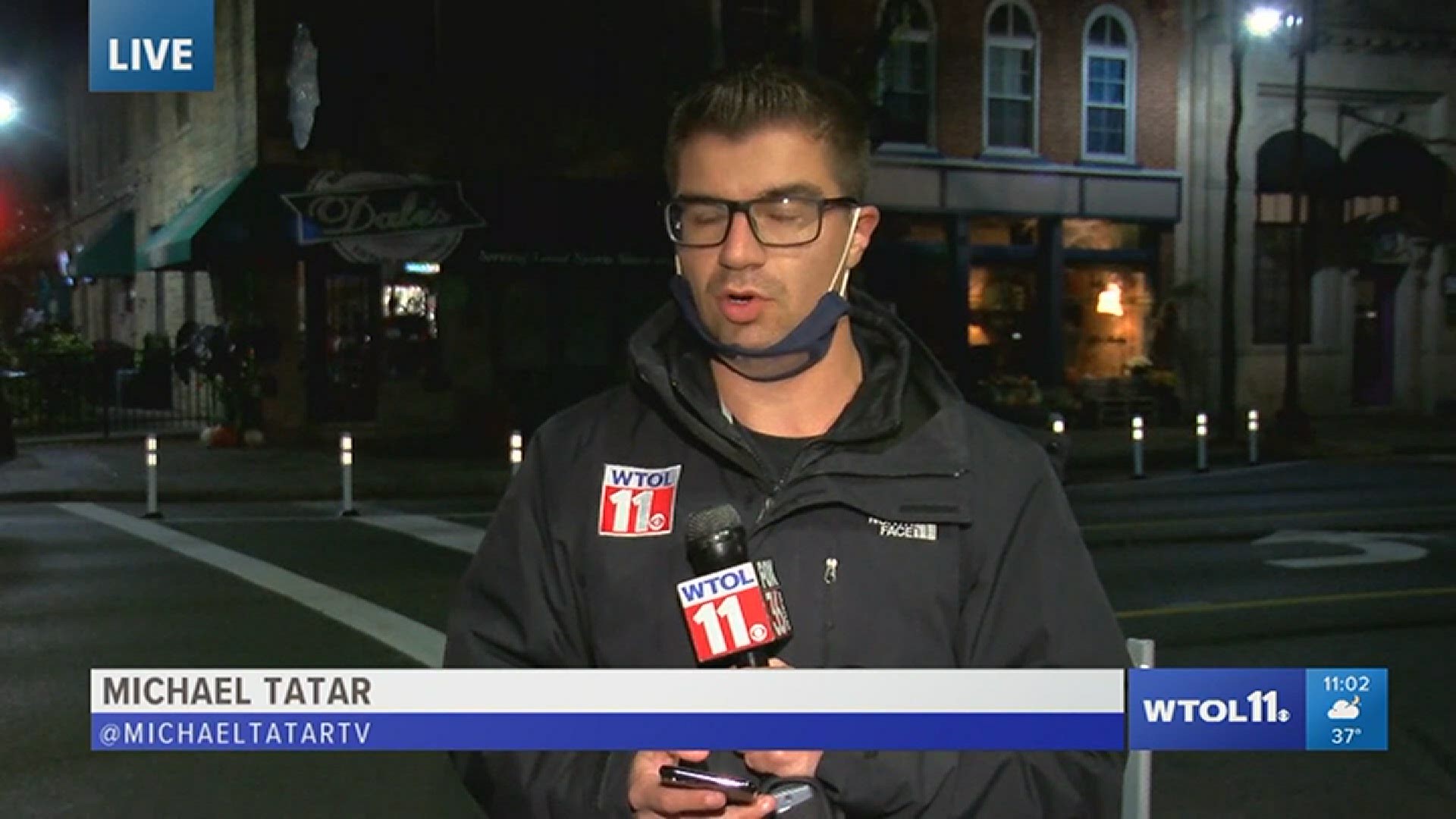 MAUMEE, Ohio — Seven months into the pandemic, some businesses are still not complying with state health orders, like the mask mandate.

Dales' Bar and Grill in Maumee posted a video on Instagram on Saturday that shows almost no social distancing and employees not wearing masks during the Buckeyes game.  The post has since been taken down.

The owner confirmed with WTOL 11 that the video was taken on Saturday during the game. He says he's been operating the same way for months when it comes to the state's health orders and is following the guidelines but also says it's not his place to question parts of them such as the mask requirement for employees.

In the video, you can see patrons without masks but many are sitting down, so they do not have to wear a mask. But there's no attempt at keeping everyone six feet apart. The employees who are required to wear masks were not wearing any.

The owner said he didn't see anything wrong with what was posted. He has a policy on his front door that states various reasons workers do not have to wear a mask such as if they work in the back because of heat or when it was over 80 degrees on the outside patio. Workers also don't have to wear one if they have a medical condition, from breathing issues to anxiety.

He added guests should assume workers have a medical condition if they're not wearing one. He understands some people might be uncomfortable so he is urging them to avoid coming in until they do feel comfortable.

One customer who did want to be identified said she doesn't feel that businesses have an obligation to follow all the orders.

"I really don't think so," she said. "I think that in the beginning, everyone was fearful of what could happen and now I think that a lot of people would appreciate having an increased spread because then we could gain the antibodies for what this disease will supposedly give them."

Most people we spoke to at the restaurant Saturday said it really doesn't bother them if employees are not wearing masks nor would stop them from coming in to eat. They added small businesses are really hurting and they should be able to do what they feel is best for their business.

Gov. Mike DeWine said early on in the reopening stage that most workers would be able to do their jobs even while wearing a mask. He acknowledged that it can be uncomfortable but it is saving lives.

RELATED: DeWine: 'It's time to get serious' | 74% of Ohio residents now live in 'Red' county on coronavirus map

The owner points to two references in the state's health order on businesses that allow them to not be worn for health reasons and also if wearing a mask violates a business's safety policy. And he says his safety policy of not requiring masks is on the door for customers to see before coming in.