Harris and Secretary of Labor Marty Walsh are scheduled to tour Plumbers and Pipefitters Local 189. 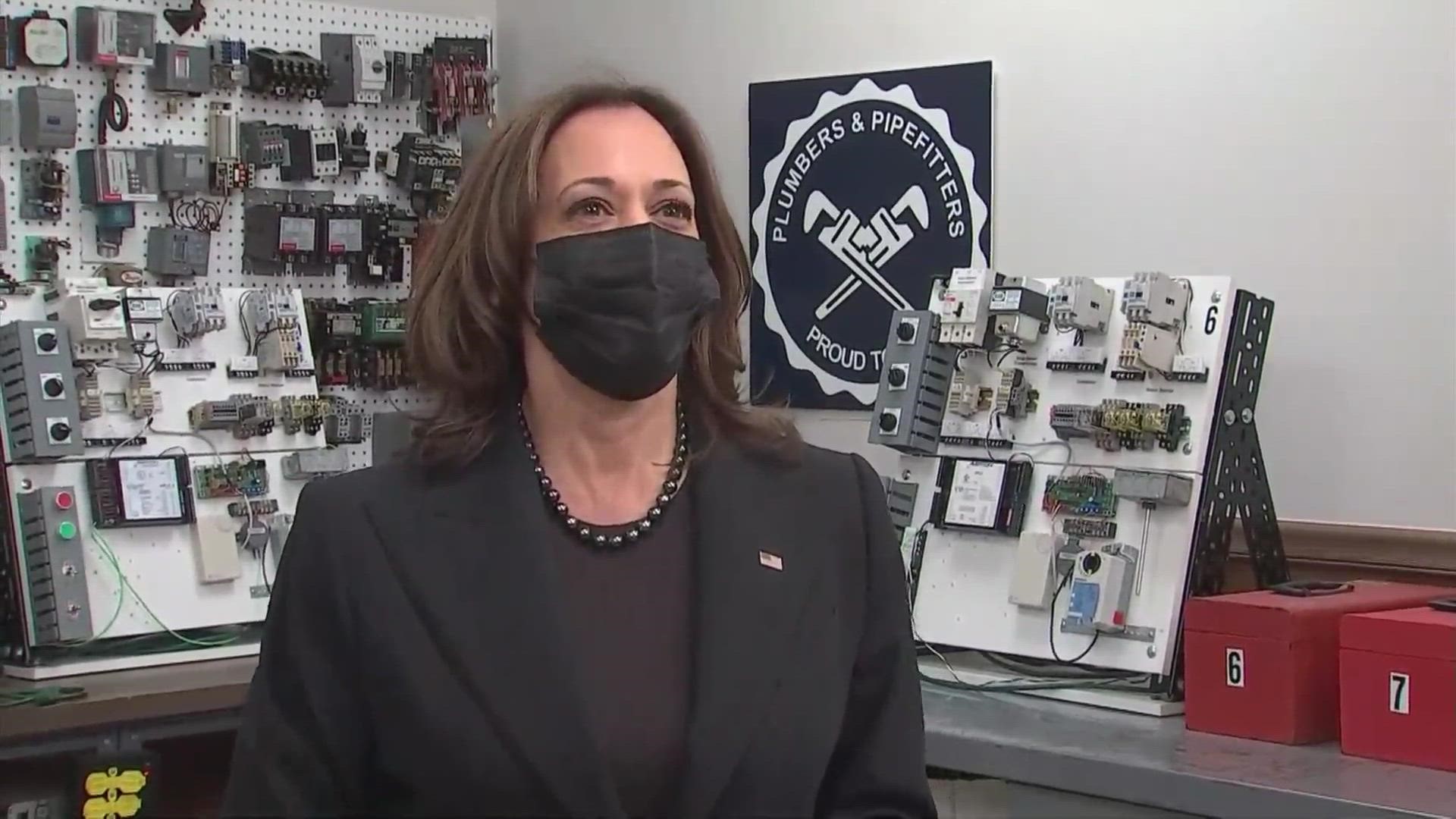 COLUMBUS, Ohio — Vice President Kamala Harris was in Columbus to detail how the administration's Infrastructure Deal will impact Ohioans.

The $1 trillion deal has been described as a less ambitious version of the $2.3 trillion bill initially proposed by President Joe Biden. It includes roughly $550 billion in new spending over 10 years.

Some have speculated $1 trillion is not enough to upgrade the country’s infrastructure after years of failed efforts. Despite those concerns, the Biden administration says the bill has the potential to provide Americans with clean drinking water and high-speed internet.

So far in 2021, Biden has made three trips to Ohio, including a visit to Columbus in March.