The Arizona Game and Fish Department said if anyone in the Anthem, New River or north Phoenix area spots the bear to call their dispatch center at 623-236-7201. 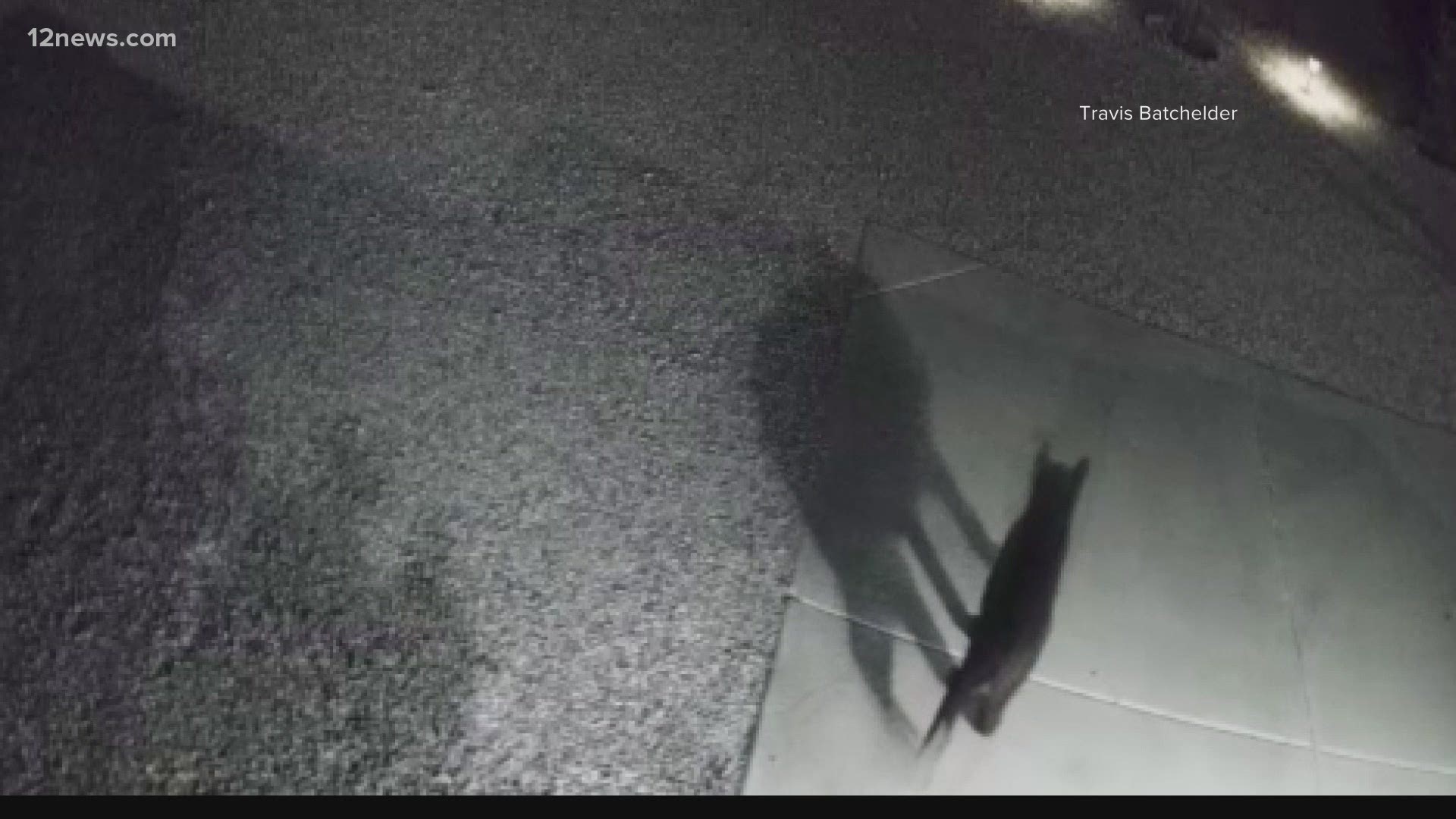 NEW RIVER, Ariz. — The Arizona Game and Fish Department has officers actively searching for a black bear in the New River and Anthem area after a resident called in a sighting on Tuesday morning.

Game and Fish advises the bear could be in the area looking for a new territory or a new food or water source.

Travis Batchelder shared photos with 12 News of what is believed to be the bear in question, caught on camera with his home security system in north Phoenix, just south of Anthem.

People in north Phoenix, Anthem and New River are being advised that if they see the bear to not approach it and to call the Game and Fish dispatch center at 623-236-7201.