The founder of "The Movement" says her team has helped vaccinate everyone, regardless of color. 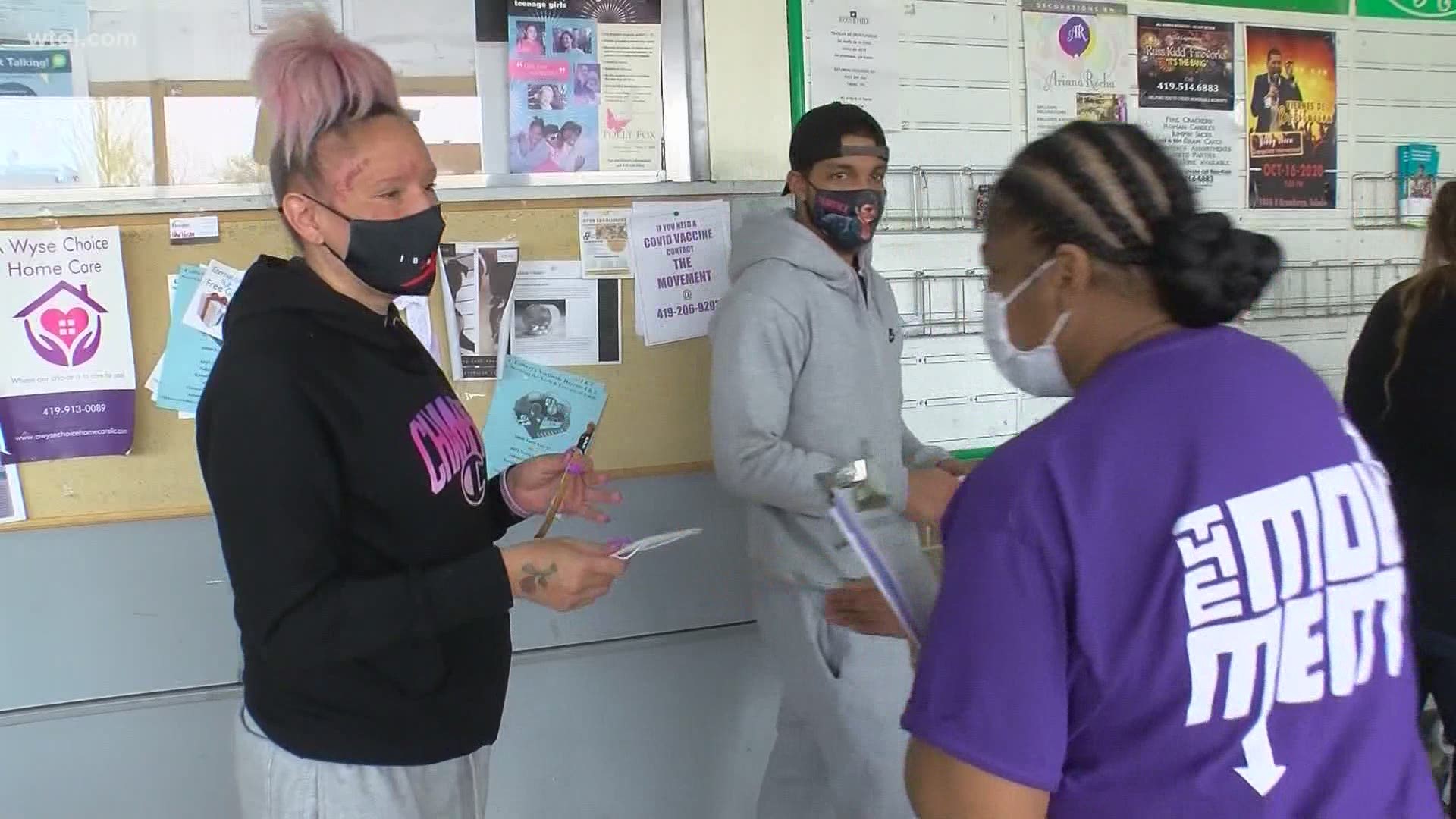 TOLEDO, Ohio — The goal has been set to get 70% of Lucas County residents vaccinated against COVID-19.

However, getting everyone vaccinated has proven to be an uphill battle.

"There are two groups that we struggle with: one is our communities of color, for a lot of reasons — trust issues. The other area is actually white evangelical sort of conservatives," Toledo Mayor Wade Kapszukiewicz said.

On Wednesday, he spoke at a webinar hosted by the VProject, which has teamed up with a group known as "The Movement" in an effort to target minority neighborhoods.

"A little bit before April, we were approached by the VProject, you know, and they asked us, would we consider coming on board and doing some canvassing; going door-to-door and talking to people about getting vaccinated," founder Tina Butts said.

Butts said "The Movement" agreed to take on the job, and was disappointed to hear Kapszuckiewicz say during Wednesday's webinar that their efforts haven't gone well.

"I think there's a lot of sizzle with 'The Movement,' not a lot of steak, as they say, and our numbers just aren't moving," Kapszukiewicz said.

However, Butts said the group didn't agree to only target minorities.

"With this virus, this virus does not discriminate at all, you know? When we knock on doors, we don't know who lives in the homes. All we want is for people to have access to being vaccinated. It doesn't care if you were brown, black, purple, green, white; to us, it didn't matter," Butts said.

"Some organizations talk a lot, but don't deliver a lot, and that's okay, but we need to... we just need to do better," Kapszukiewicz said.

However, Butts said members of "The Movement" are not discouraged.

"We've been finished with the VProject back at the beginning of July 2, and we continue to work. And, I mean, the money has depleted but that's not gonna stop us from trying to save people in the community," she said.

The grassroots organization will also be partnering with the vaccination mobile this Saturday for the Afro-American festival.