Charles Lewis with Ballas Buick GMC in Toledo says sales are up overall, but especially for used cars. He says if you have a trade-in, now would be the time to buy. 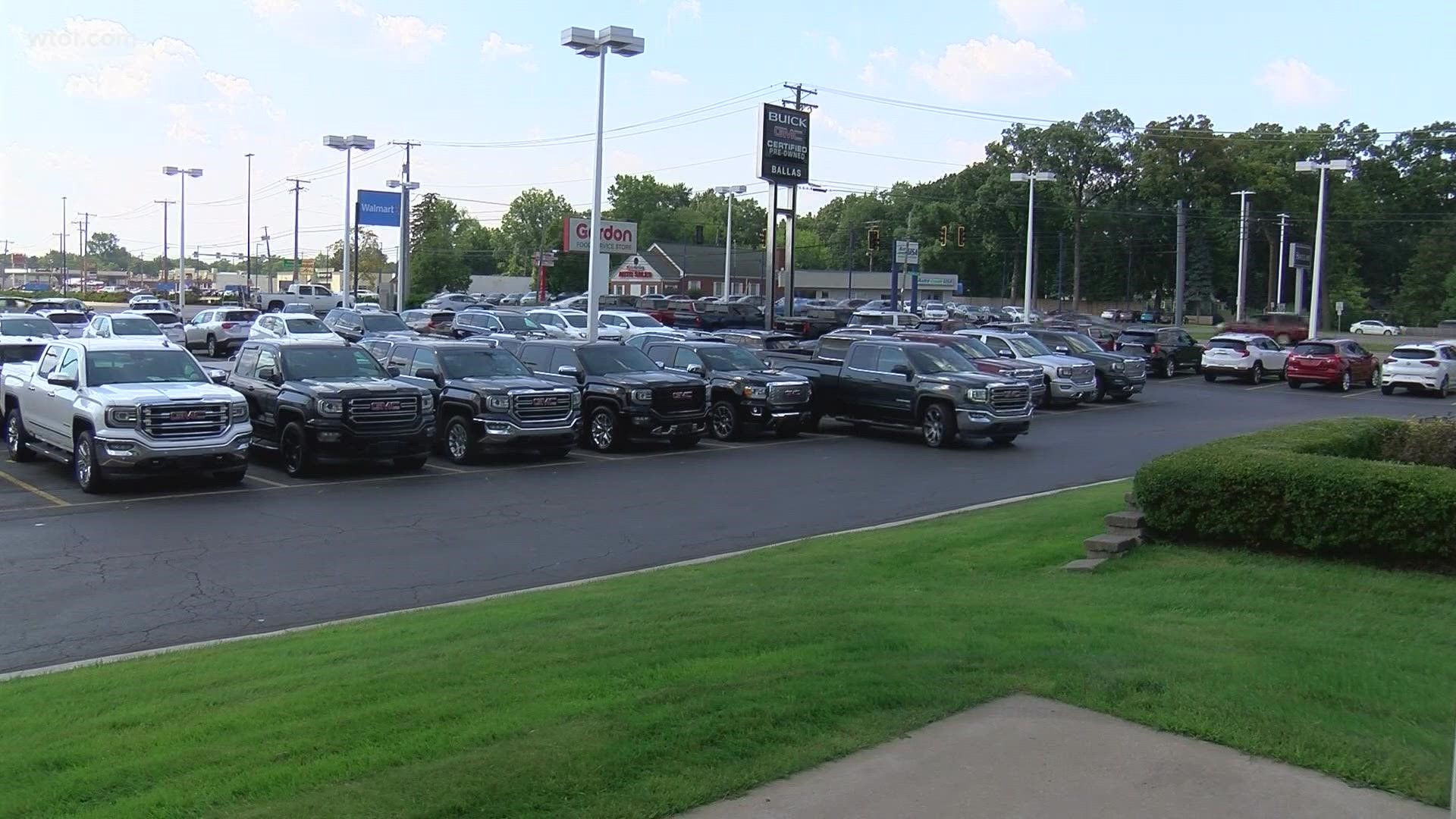 TOLEDO, Ohio — A chip shortage continues to affect the auto industry and so many others. But a local car dealership says their sales are way up, mostly for used cars.

"If you do have a trade-in, now is probably the time for you to buy," Ballas Buick GMC salesman Charles Lewis said.

He says sales are up overall since last year. Chips are being reserved for the most popular models, but used cars are getting all the attention.

"It's very frustrating if you are looking to get a new car," customer Greg Twigg said. "I had a friend purchase a used car and he paid just as much for the used car as a new car."

But Lewis says there's a good catch even though prices for used cars are higher.

"Prices are a little higher on the used side; however, it's being offset by the fact that you're getting much more for your trade," Lewis said.

Why are we in this shortage? Lewis says the entire industry predicted wrong last year, thinking people weren't going to buy cars. Instead, Lewis says people panic-bought and profits were record high in 2020.

"The American manufacturers thought that customers would not buy vehicles, so they canceled all of the chip orders and put these chip manufacturers out of business," Lewis said.

Customers like Twigg believe this shortage shows us that we should be making chips here at home.

Lewis isn't sure when things will go back to normal, but says there's still plenty out there to buy. New cars are available but you may have to compromise on some things like color, trim level or even a specific model.