The beaches of Huntington Beach reopened Monday after water quality testing has shown no detectable amounts of oil toxins in the water. 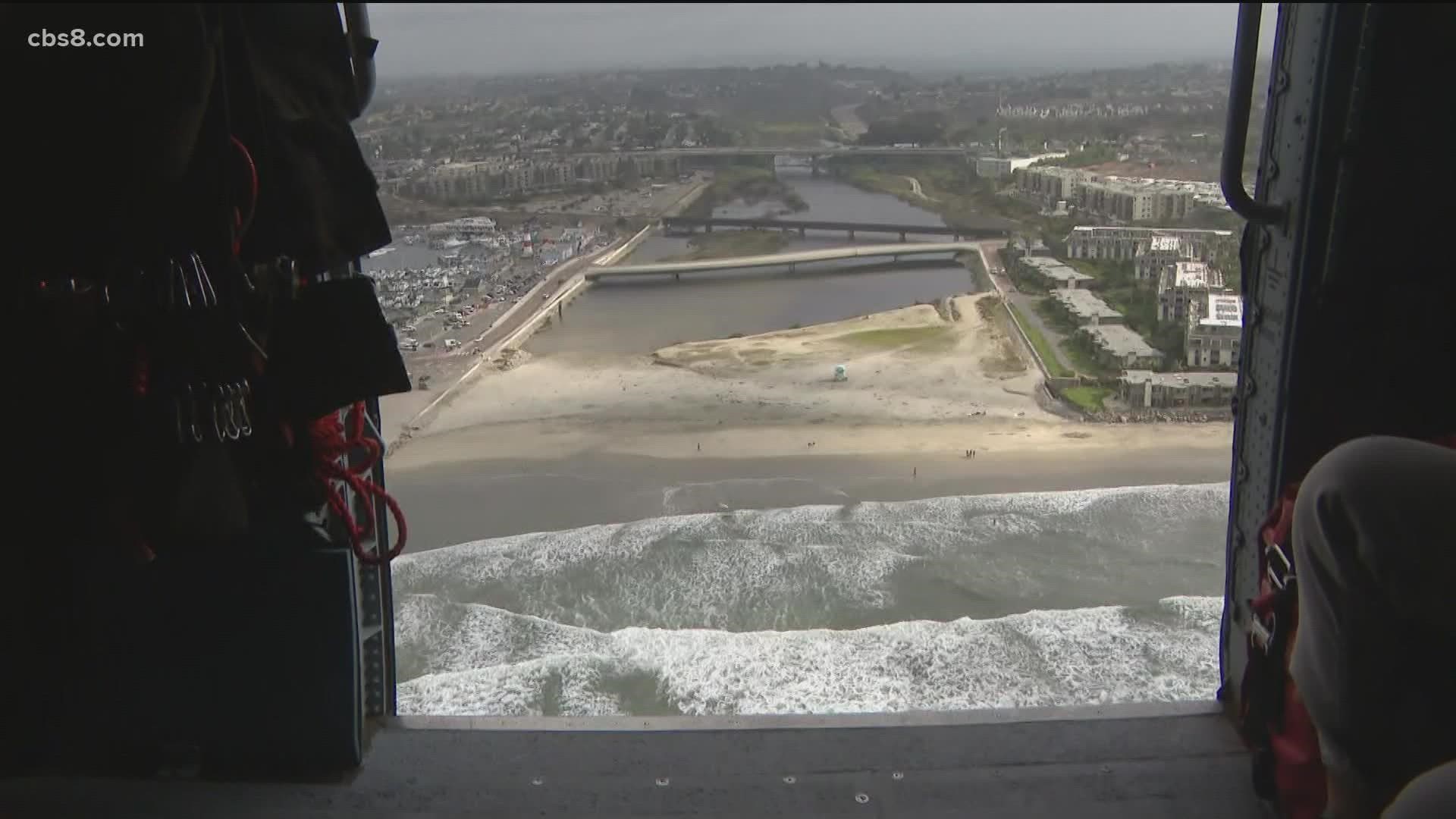 SAN DIEGO — More than a week after an undersea pipeline leaked thousands of gallons of crude oil into the ocean, the beaches of Huntington Beach reopened Monday after water quality testing has shown no detectable amounts of oil toxins in the water. News 8 rode along Monday with the U.S. Coast Guard on one of their daily oversight missions in an MH-60 Jayhawk helicopter as they continued to monitor the San Diego coastline for any signs of oil spill remnants drifting south to our area.

“We’re looking for areas of interest where oil may be congregating together,” said Commander Seth Parker of the U.S. Coast Guard.

They’ve been monitoring closely for over a week since the oil spill was discovered in Orange County. Since last Thursday, they’ve had five shoreline assessment teams staged throughout San Diego County, ready to respond to any reports of oil slicks in the area.

“Over the last four days, I would say we have not seen any on-water sheening,” said Parker. “That’s a tribute to all the response efforts.”

As for San Diego county, they’re seeing about three tar balls per mile of beachline, which they say is minimal.

“We’ve noticed very, very light,” said Parker.  “Not really much more than what naturally occurs on the San Diego beaches.”

If anyone sees tar balls wash up onshore, the Coast Guard is advising people not to touch them, but to report them instead by notifying Unified Command with an email message at tarballreports@wildlife.ca.gov.

“It’s a petroleum-based product,” said Parker.  “It’s a very hazardous substance that could irritate the skin and really cause a lot more damage to yourself and to the environment if handled without proper protective equipment.”

All in all, our San Diego coastline has seen minimal impact so far, and Commander Seth Parker hopes it stays that way.

“All the recovery efforts have been very successful to date and we’ve had very minimal impact,” said Parker.  “All San Diego county beaches are open and we’re working really closely with the Public Health Department to assess the air quality, the water quality to make sure the environment is safe for the beach-goers.”