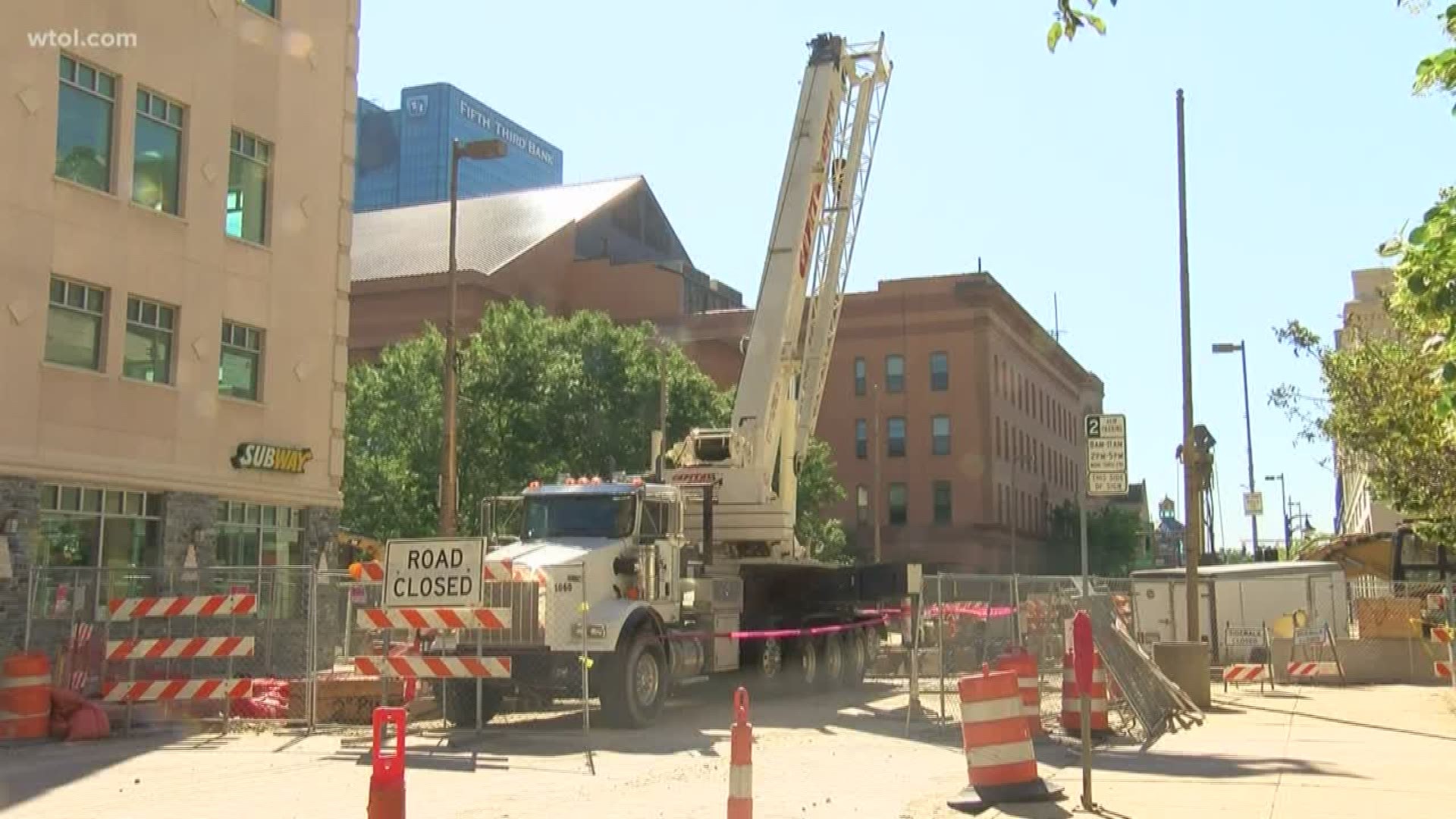 TOLEDO, Ohio — As FirstEnergy representatives work to restore power to buildings in downtown Toledo, two of them are closed again on Monday.

City officials said that One Government Center and Toledo Municipal Court will be closed again Monday after being forced to close Friday due to a power outage.

City leaders said they are working with Toledo Edison and Kokosing Construction, the company working near Adams and Superior, to resolve the issue as quickly as possible.

At this time, it is unclear when power will be restored.  Power was originally expected to be restored by 8 p.m. Sunday night, but due to wiring issues, that time was pushed back to 11 p.m. before it was ultimately delayed even further.

Due to the outage, the city council meeting scheduled for Tuesday has been cancelled and re-scheduled for Wednesday at 1 p.m. in City Council Chambers.

Toledo Municipal Court will be open on Tuesday. The court will be running limited operations, including arraignment and probation. Anyone scheduled for probation or courtrooms 3 or 4 should appear as scheduled. If you are scheduled for a different court room, you are asked to check the Clerk of Court's website for new court dates.

One Government employees were asked to stay out of the building for safety reasons and HR is evaluating how the employees will be paid.

Any deadlines on licenses, home sale paperwork and the like will be extended.

HCR ManorCare was another building closed over the weekend due to the outage.

"Crews continue to work to locate and repair the fault we discovered last night. Until we know where that fault is, we cannot estimate when we can restore power," said Chris Eck of FirstEnergy.

Lucas County telephone lines across all offices are also not functioning, but officials are working to restore service.

The outage occurred after a contractor working for the city hit four underground power lines near Adams and Superior just before 8 a.m. Friday morning.

According to Mayor Wade Kapszukiewicz, one of the four lines that was cut provides power to the backup generators for the Lucas County jail downtown. The jail currently has electricity, but computer systems are down. Inmates were unable to post bond Saturday morning.

Lucas County Sheriff John Tharp said that operation at the jail is not 100%, but that releases started Sunday evening and everyone who was supposed to be released is out.

Sheriff Tharp said the main computers are down, but laptops are being used for the releases.

As for court, anyone that has to be arraigned in Toledo Municipal court is being held. Authorities are releasing anyone who can be booked and released.

"There was no threat to anyone," said Chief Byrd. "Our biggest concern was getting everyone out, especially from One Government Center since it's 22 floors."

Toledo Police Chief George Kral said the Safety Building switched to generator and remained "open for business" on Friday, even though the records section was closed.

City of Toledo spokesperson Ignazio Messina said there were 1,200 people who work in One Government Center affected by the power outage and closure.