Childhood friends stepped up for this local mom during her cancer treatment. Now, they celebrate her not only on Mother's Day but everyday. 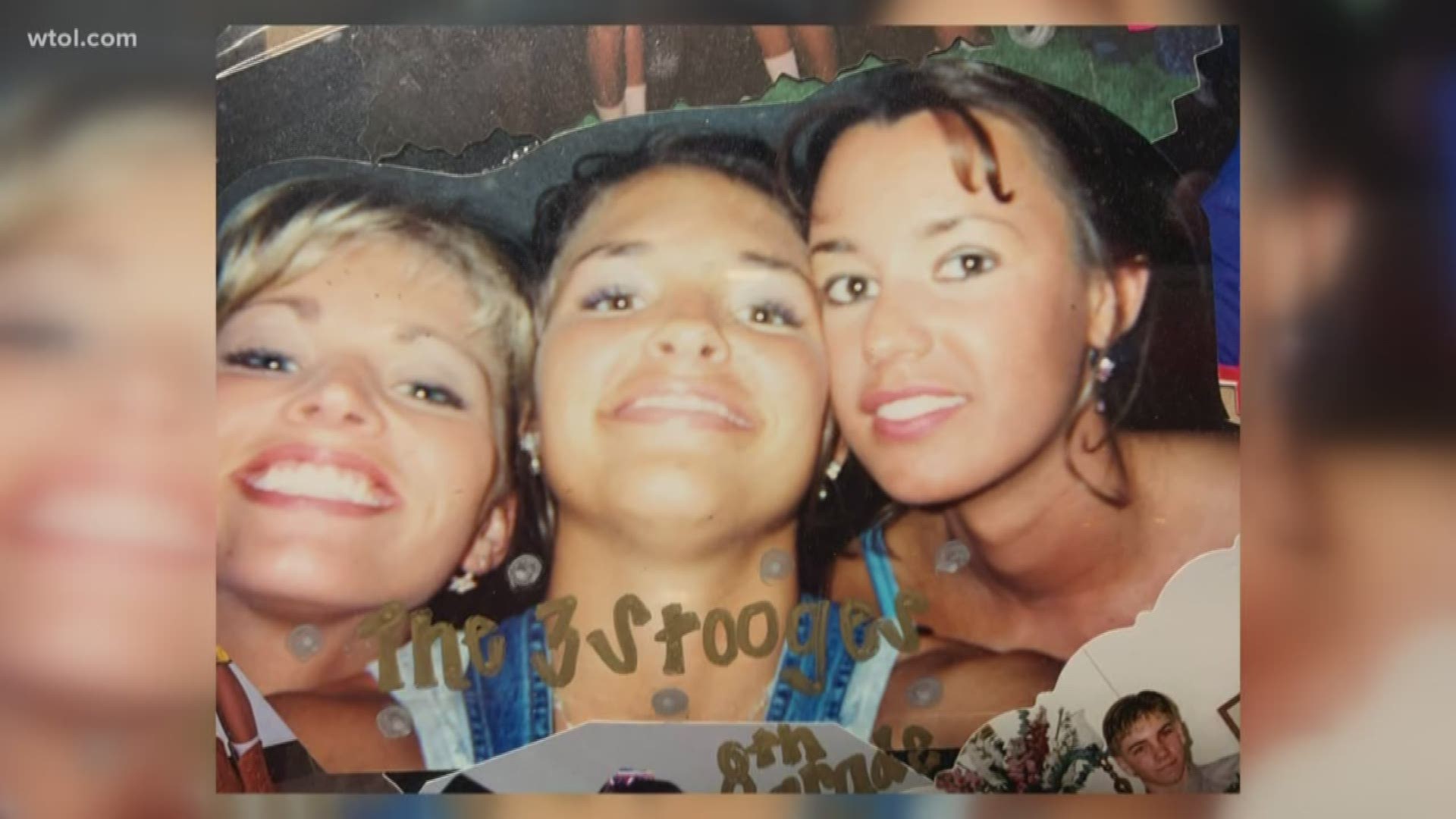 When Stephanie Doyle found a lump in her breast, the mother of three did what girls do. She immediately told her best friends.

"I was quite concerned. I was texting Sandi about it," Doyle said.

Just days later, the diagnosis brought Stephanie to the floor.

"It can’t be breast cancer. There’s no way," she said.

The diagnosis was Triple-Negative Stage 2B breast cancer. It's one of the fiercest, most reoccurring and stubborn kinds you can get.

"Just having to text them and say, 'Hi, it’s not good news. It’s breast cancer.' I think Sandi’s response was the best because she said, 'Okay, what’s next? Everyone else was like 'Oh, no!' Like, devastated and it was like, 'Okay. Let’s go to work,'" she said.

"It was scary. Like, I was petrified. I really was," she said. "I was just like, 'Okay, like this is your body, you’re gonna figure this out.'"

Breast cancer was a far cry from the good old days when the three friends grew up in Springfield, cheerleading, playing 'Babysitters Club' and talking about boys.

"We were like sisters growing up. I'm gonna cry now. When I think of my childhood, I think of Stephanie," her childhood neighbor, Jennifer Woods, said.

Lazette said she remembers seeing Doyle for the first time in 7th grade.

"I was like, 'I have to be friends with this girl because she’s prettier than me,' and she was gorgeous so I thought, 'She has to be my friend,' and then I found out she was going to try out for cheerleading and I was like, 'We are going to be best friends and we were.'"

They continued that way for 25 years as young, successful, married-with-children women. Breast cancer was far from their minds until that lump showed up out of nowhere.

After a mammogram, Doyle still didn't believe she would be diagnosed with breast cancer.

"There’s no way. Even waiting to get a biopsy, I did not think, you know, that it could happen to me or one of my friends," Doyle said. "We all know our moms get diagnosed with things, or our mom's friends or our friend's moms, so it’s just so weird, you know, someone my age going through that."

After the initial shock, the friends did what friends do.

They became her "Unicorn Squad." They brought meals, helped with the kids and supported Doyle in her darkest times; when she thought breast cancer would leave her daughters without their mom.

"I mean, just having your friends to kind of hear you out when you’re a broken record and you keep saying the same thing. But it is. It’s constantly on your mind that, 'What if this doesn’t turn out good? What's going to happen?' It’s a terrible thought because you have kids," Doyle said. "You want to be here with them, right? You want them to grow up. You want to guide them and just the thought of not having that opportunity to do that, it’s pretty devastating."

She said she tries to be positive, but sometimes worries she may not be here for her children.

"I actually I think I had a conversation with Sandi about it. I told her, 'You have to take over. You have to be here. There's just not another option,'" Doyle said.

"All of the sudden, she just hits me with this and I'm like, 'Where is this coming from? Like, what are you doing?' And she's like, 'I'm gonna need you to be my kids' mom,'" Lazette said.

Doyle said she was serious when she asked Lazette to marry her husband and take care of her three daughters if breast cancer took her life one day.

"In my head, it was perfect. Sandi was single at the time. You know, 'You have my full support. I’m serious.' She could just move into my house and take over. I don’t know. They just need to be okay is all," Doyle said.

She acknowledged she is healthy now and the negative thoughts come mainly at night when she's waiting to fall asleep."I don’t know how you get past it because you’re always waiting for a recurrence," she said.

"You're just so grateful for every minute, and you know, every birthday that goes by I think to myself, 'Okay my kids are going to know me a little more.' Especially the baby. She would not have remembered me," Doyle said.

There are plenty more memories to be made for Stephanie and her daughters and for the Unicorn Squad, taking in every moment, good and bad, especially on Mother's Day.

"I missed out on so much when I was going through treatments with my kids. I wasn’t even able to take care of the baby. I couldn’t lift her. I was so weak. I missed Kayla’s first day of school because I had to go get a blood transfusion," Doyle said. "Now, you just really celebrate and hold on to the moments that you have with them. And even on the days when they’re driving me absolutely crazy and you’re kind of like, 'Ahhh.' You're still like, 'But I'm here. I’m with the crazy and it’s okay and tomorrow will be better.'"

No one knows what tomorrow will bring, but if these days are any indication, Doyle and her Unicorn Squad will be here and stronger than ever.