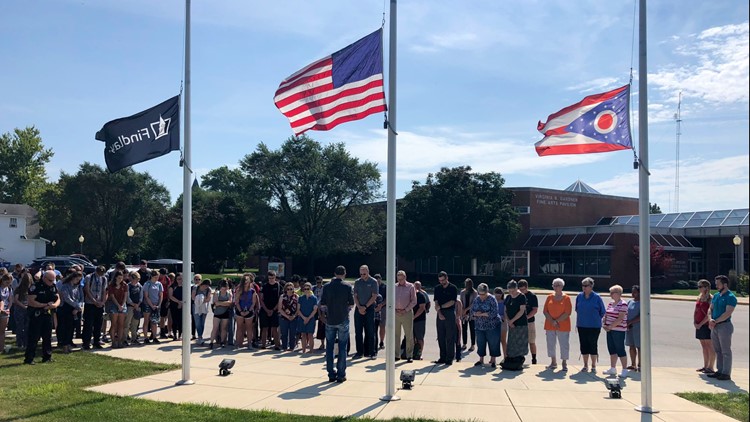 FINDLAY, Ohio — The University of Findlay offered their students and staff a chance to honor the victims of the September 11th attacks.

At noon Wednesday, students, staff members and faculty all gathered near the center of campus at the University of Findlay to observe a 90-second moment of silence, honoring those who were killed on September 11th 2001.

It has become an annual event that has helped those of a younger generation who were too young to remember the events, directly understand the impact of the historical day.

"For so many of us, we take for granted that we remember the day. And for so many of them, there's no remembrance, they were a year old or a few years old. So, taking an opportunity like this helps us continue to process and I think help keeps the awareness," said Haley Kalb, director of Christian Ministries for  UF.

The moment of silence was followed by a prayer.

Organizers say taking a brief moment out of their busy day is a small gesture, but an important one.

And for these students, many of whom don't have any direct connection to the attacks, say it is a chance to make sure that those who lost their loves 18 years ago aren't forgotten.

"That doesn't stop us from feeling the pain that they went through. And knowing that if something were to happen like that again, where I would be personally affected, I would want the same next generations to always remember that," said sophomore Haley Kalb