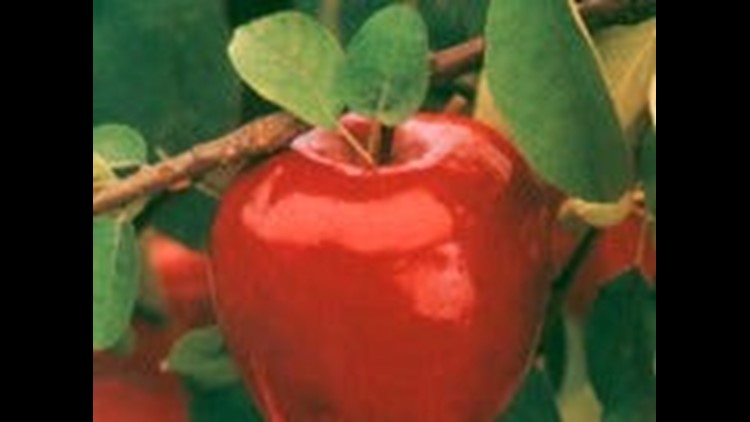 HOLLAND, Ohio — The first official day off fall is in just three days on Sept. 23.

That means the advent of all autumn festivities: hayrides, corn mazes, and apple-picking.

But you don't have to wait for the first day of fall to go apple picking at MacQueen Orchards - you can pick your own starting Sept. 21.

Red delicious, golden delicious, Jonathan, Granny Smith and Ida red are all ripe for the picking.

If you'd like to buy apples already bagged, you can choose from 16 different varieties.

New this year is the evercrisp apple. Co-owner of MacQueen Farms Bob MacQueen said it's a cross between a honeycrisp and Fuji apple.

"It's my favorite," Bob said. And he knows a thing or two about apples.

In addition to apple picking, the farm on Garden Road will be offering pork belly sandwiches and many activities for kids to celebrate the first weekend of apple picking, such as donkey rides and bungee jumping.

According to industry experts, this year is a good one for apple picking.

The first forecast of this fall's apple crop is up 9% from 2018 with the most projected growth at 14% in Washington and Michigan.

In our neck of the woods, Farmers at MacQueen Orchards say they're excited for the abundance of this year's crop.

"The cooler temperatures bring out the brilliant red color in the apple," Bob said.

MacQueen Orchards is open every day on Garden Road in Holland from 9 a.m. to 8 p.m.

You must pick a minimum of half a bushel of apples for $20 and can mix and match any of the five apple varieties.