The controversial energy bill passed the Ohio legislature last summer and provided a billion-dollar bailout to an Ohio energy company. 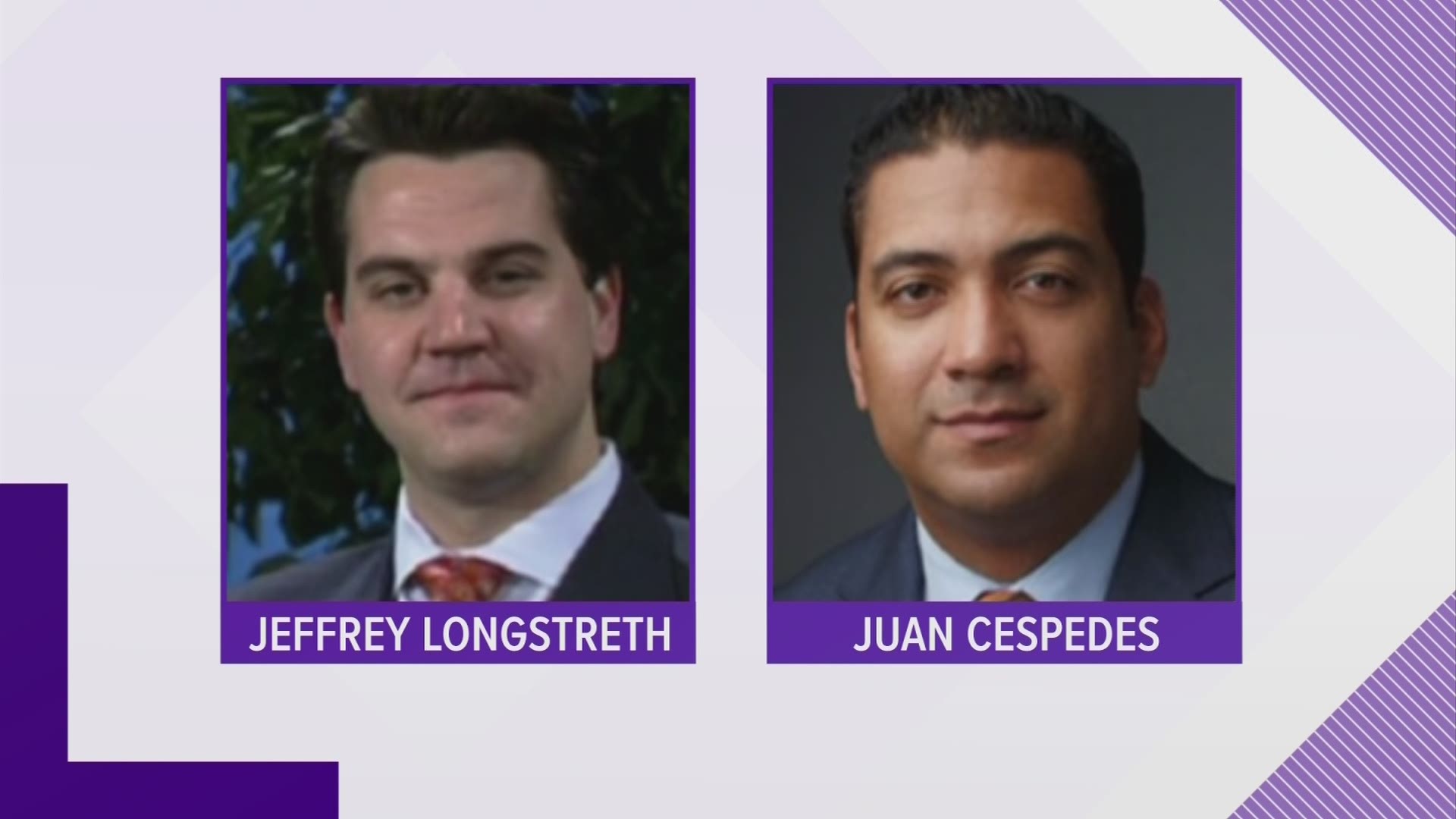 The controversial energy bill passed the Ohio legislature last summer and provided a billion-dollar bailout to an Ohio energy company and helped save two nuclear power plants from shuttering.

Supporters allege it helped save jobs and would benefit Ohio ratepayers.

But the FBI says the path paved for the bill was lined with bribes – alleging in a federal complaint that the $60 million in payments from FirstEnergy and its affiliates were “akin to bags of cash” that enriched Householder and the other men and help them secure the political power necessary to pass the bill.

Juan Cespedes, a lobbyist, and Jeff Longstreth, a former adviser to Householder, pleaded guilty to during separate hearings Thursday.

Both men could face up to 20 years in prison – but the judge hinted that that’s not likely.

The judge postponed sentencing for the two men until after the pending criminal cases involving Householder and two other defendants is resolved.

Copies of the plea agreements obtained by 10 Investigates show prosecutors and the attorneys for the defendants have not agreed on what their punishments should be – specifically if they’ll owe restitution or how much time they could potentially spend in prison.

What the plea agreements do spell out are more allegations about the roles Cespedes and Longstreth played in the bribery scheme.

According to the plea agreement for Longstreth, the FBI alleges that Longstreth organized Generation Now, a 501c4 dark money group that federal authorities allege was used to funnel money to Householder and the other men, in addition to being used to buy campaign ads, help finance the campaigns of other lawmakers help defeat a ballot referendum aimed at overturning HB 6.

The plea agreement states that Longstreth was involved in “managing the Generation Now bank accounts, knowing that payments received by Generation Now from Company A (understood to be FirstEnergy and its affiliates) were for the benefit of the defendants and others in return for specific official action by Householder relating to the passage and preservation of legislation that would go into effect and save the operation of two nuclear power plants in Ohio.”

Cespedes is accused of “orchestrating payments to Generation Now.”

Hearings for Cespedes and Longstreth were scheduled for Thursday afternoon. Both men signed forms waiving their rights to appear in person. The hearing is expected to be held virtually in line with coronavirus precautions.

The other men charged: Neil Clark, a lobbyist and Matt Borges, the former Ohio GOP chairman and Householder – have all entered not guilty pleas.

The FBI alleges that between 2017 and 2020, the men accepted $61 million in dark money payments from FirstEnergy and its affiliates in exchange for the passage of House Bill 6 – a bill that helped saved two nuclear power plants that are now operated by Energy Harbor, a new company that emerged from bankruptcy proceedings and was formerly known at FirstEnergy Solutions – a subsidiary of FirstEnergy.

The FBI alleges that some of these payments amounted to bribes and that the men enriched themselves through the scheme.

Householder has professed his innocence to reporters upon his return to the Ohio statehouse this summer. He was removed from his position as speaker but remains a state lawmaker.

It is alleged in the original criminal complaint the Cespedes “coordinated a timely payment” of $15 million from Company A to Generation Now – a 501c4 dark money entity created by the men to help funnel money from FirstEnergy and its related entities into campaign ads, campaign cash and efforts to defeat a ballot referendum aimed at defeating the bill.

It is widely understood among the parties that Company A refers to FirstEnergy.

An effort to repeal House Bill 6 was launched in the Ohio Statehouse this summer.

The effort so far has stalled.

Collins issued a statement to 10 Investigates late Thursday afternoon stating that their client accepted his responsibility. The statement went on to say they couldn’t comment further. He declined to answer a question about whether Cespedes plans to testify against the other defendants.

“It’s very impressive that U.S. Attorney has gotten a plea out of Jeff Longstreth because I really believe that he is the main lieutenant underneath Larry Householder. I really believe without Jeff Longstreth a lot of these things wouldn’t have been carried out,” said Nick Owens, a former candidate for the Ohio House – who became an FBI informant in the case.

10 Investigates also spoke to Nick Owens Thursday who said he had separate conversations with Householder in 2018 and Longstreth the following year as the two tried to interview a pool of candidates they thought would be favorable to joining “Team Householder.”

“They were interested in getting candidates that supported their agenda. HB 6 never came up. They hadn’t been introduced yet but they certainly wanted to ensure that there was loyalty to the team,” Owens said.

Owens said he went to the FBI with complaints that dark money from Generation Now and other groups had entered his House race and that he alleged they were “picking winners and losers” with monies meant to further their political enterprise.

“It wasn’t just we are buying access to FirstEnergy’s benefit and team householder’s benefit.

FirstEnergy got a bailout to prop up nuclear power plants and team householder got sustainability for their political operation for years and years to come,” Owens said.