Lillian Cedoz is donating all of the proceeds to the Toledo Animal Shelter. 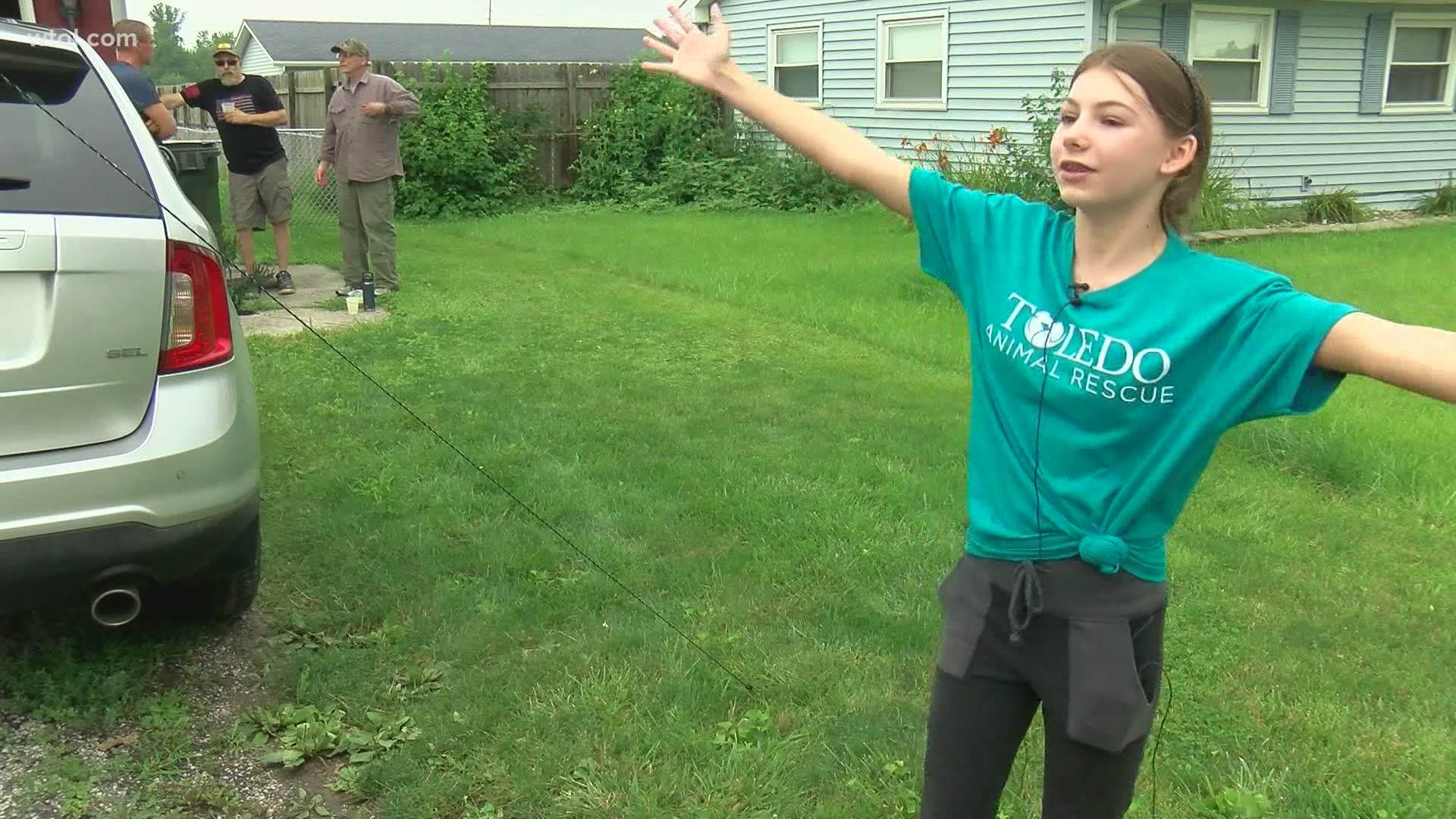 GENOA, Ohio — UPDATE: Lillian raised $272 for the Toledo Animal Rescue at her lemonade stand this year.

Lillian Cedoz is a kid with big ideas and a bigger heart. At only twelve years old, she’s already started a nonprofit lemonade stand to help support her favorite local organizations. This year, she’s using sweet treats to help out the Toledo Animal Rescue.

Steve Kiessling from the Toledo Animal Shelter is greatly impressed with Cedoz's efforts.

“Oh it’s great. I think her parents have done a good job and she has a good head on her shoulders. It makes me feel good - especially being in the nonprofit world - that the younger generation seems to get it," said Kiessling.

While this is Lillian’s first year working with Toledo Animal Rescue, this isn’t her first year running the stand; having started the business when she was just 10 years old.

Her father, Josh Cedoz, elaborated on the when she started raising money for causes Lillian cares about.

“In 2019, we donated from the lemonade stand to the sea turtle rescue in Florida. And we made a little over one hundred dollars for them. This year it seems like it’s going to be at least that much or more,” said Josh.

Lillian’s business model involves her entire family: setting up the shop, squeezing lemons, and baking lemon bars - but the idea is all her own.

For the Cedoz parents, seeing their daughter run these campaigns is a point of pride.

“You know, I think it’s a vision of the future, because I see big things for her. And this isn’t just a lemonade stand, this is her attempt at a lemonade takeover," said Mr.Cedoz.

Lillian is a junior entrepreneur with a bright future ahead of her. If she's raising money for nonprofits at age twelve, the sky is the limit. But until then, she says her mission for the next few summers is clear.

“It’s raising money for all the dogs and cats - it’s getting that valuable lemonade experience - so we can raise even more money for dogs and cats- and then it just infinitely grows," Ms. Cedoz declared.