A 77-year-old driver lost consciousness after experiencing a medical emergency. That's when Trooper Edwin Lopez came to the rescue. 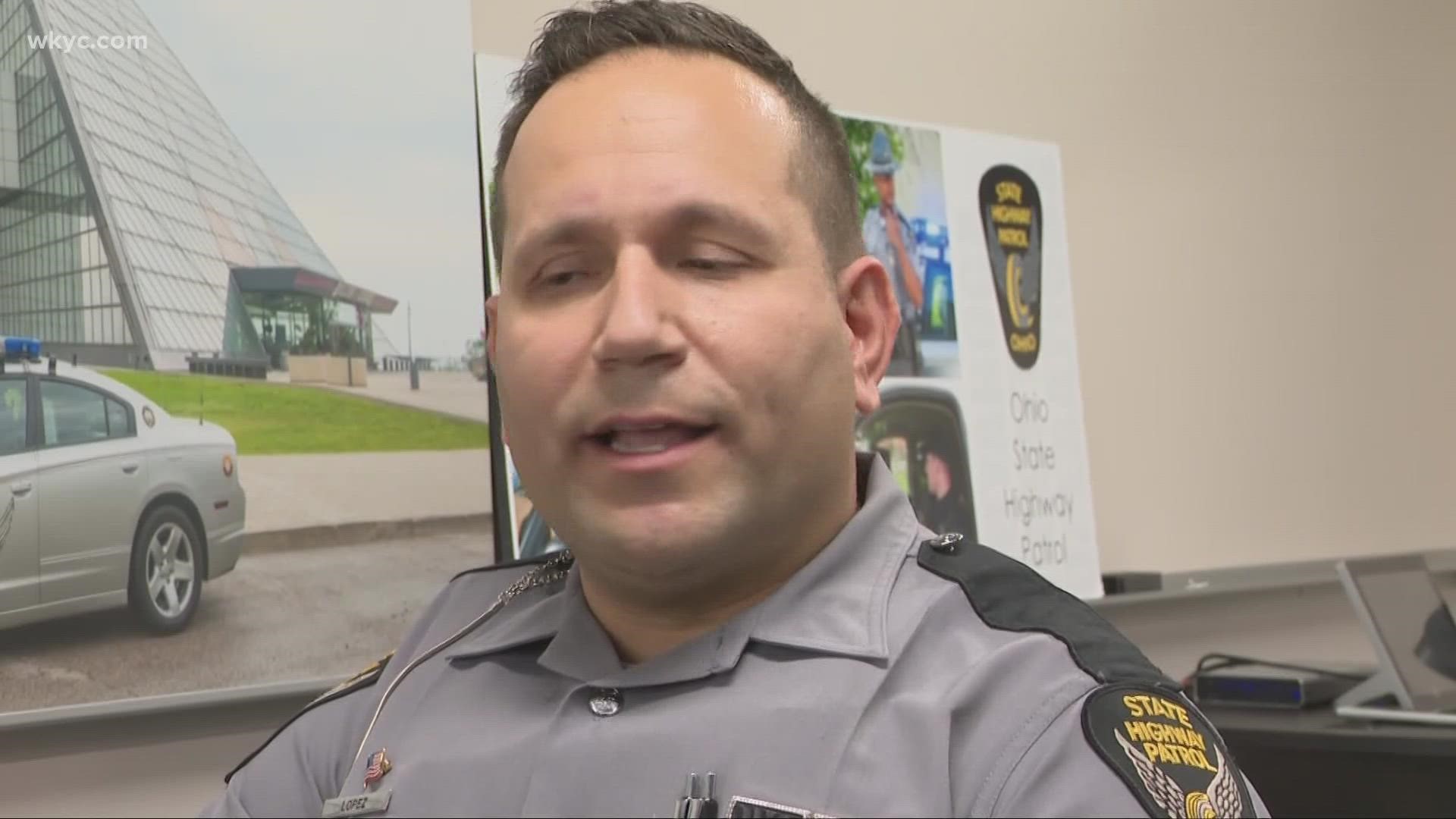 MILAN, Ohio — The police dash cam video is dramatic. The effort is heroic.

The man being hailed a hero for his quick action is Ohio State Highway Patrol Trooper Edwin Lopez. In the dash cam video, you can see Lopez jump from his cruiser to chase down a car. The vehicle was traveling on the Ohio Turnpike near Milan when the driver had a medical emergency and was incoherent.

After numerous calls from other drivers on the turnpike, Trooper Lopez was dispatched and caught up with the 77-year-old driver, John Klinge. Klinge is an Indiana resident and a diabetic. While driving home, he experienced a medical episode.

"I was driving behind him with my lights on," recalled Lopez. "The driver wasn't responding. I didn't see brake lights. I hit my sirens a couple times and the driver still didn't respond."

Klinge's car was going at low speed on the side median and at one point swerves toward the left lane as cars passed.

That's when Lopez knew he had to take action.

“I exit my vehicle immediately. Ran along side the vehicle trying to get the passenger's attention. My concern was his safety foremost," said Lopez as he watched dash cam footage of his rescue. "That’s why I made the decision to jump out of the vehicle and run after it. Try and get his attention because I could see his head was down (on the wheel).”

Quick action that saved the driver and others on the turnpike.

"We could of had a worse situation happen," said Sgt. Ryan Purpura. "It was lucky he was there at that time."

We spoke with Klinge on the phone today, who has made a full recovery since the incident. He is thankful for Trooper Lopez and his brave action.

“I feel fortunate," said Klinge. "I’m a believer in God and I believe he watches over me and I'm sure that he put that police officer there.”

“It does make you proud and when I put this uniform on," said Lopez. "That’s my goal. To make a difference in someone’s life."