A transgender student-athlete from Bowling Green State University sat down with WTOL 11's Jordan Strack to share his journey to happiness. 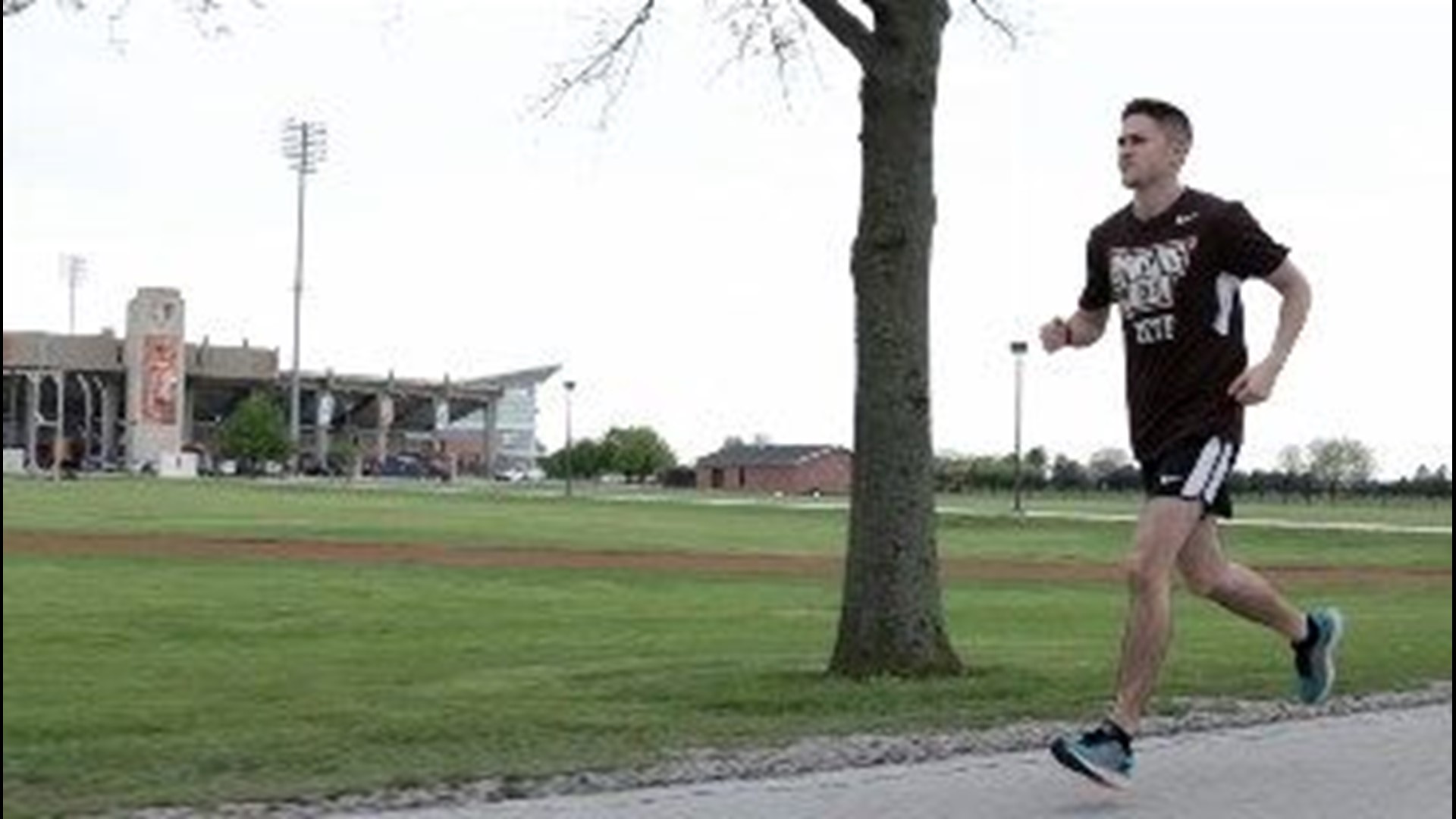 BOWLING GREEN, Ohio — Brent Darah has been running since the age of 12. In some ways, it's been his way to escape.

Running was his free ticket to college after being recruited out of Anthony Wayne High School.

Brent was very successful from the time he stepped on campus at Bowling Green State University, but he's had to fight inner demons most of his life.

He doesn't talk about his past; he doesn't reference his old name. He is Brent.

But he was recruited as a member of the women's cross country team.

Brent's struggles started when he was in high school.

"I was having some serious issues with myself," he said. "I never really liked going through puberty… The first time I had to wear a bra, I cried."

At the time, Brent felt like he couldn't do anything about the struggle within. He came out as a lesbian during his sophomore year of high school, hoping that was the problem he was dealing with.

"It helped me feel a little bit better about myself, but there were some things, a little bit deeper, that didn't make me feel quite right," said Brent.

It wasn't until he got to Bowling Green that Brent realized what was missing.

He changed his image by exclusively wearing men's clothing and cutting his hair.

When something was still off, he had his first conversation with BGSU Cross County Coach Lou Snelling.

"Before I even sat down in the chair and started talking to him, I already had tears streaming out of my eyes," said Brent. "I just told him, 'Coach, I want to kill myself, like, I need help. I'm having all these problems, and I don't know what to do about it.'"

Shortly after that first conversation, in March of 2014, Brent told his coach that he was transgender. He was born a female, but in his heart, knew he was a male.

When asked how his teammates took the news, Brent said, "They were incredibly supportive. I would say they are all like sisters to me, definitely."

"It's been an interesting process," said Snelling. "You have this person that just wants to be happy and to be themselves. It's been a big transformation, and I think a big piece of that is just that happiness."

Brent says he's in a way better place since deciding to transition.

"I wanted to commit suicide on a number of occasions, just because, you know, I just felt like I would never get to that happy place. But I'm in a way better place now," he said. "Every day, I get up and there's always times where I'm not feeling my best, but there's other days when I feel like, dude, I'm on top of the world."

Although the idea of joining the men's team was okay on paper, there were still plenty of challenges to face.

"My definition of success changed, you know?" said Brent. "I was very good on the women's team… It was hard for me to give that up.

Instead of trying to win, Brent had to start focusing on the smaller parts of the competition.

"This is how many miles I did… can I run more this time? Can I try to keep up with this many people this time? Try to make it smaller things that, you know, I could go off of instead of caring about, like, how many seconds I can shave off."

But he still had to face the team.

"They were just like, 'dude, like, we like, greatly respect you, first of all, for coming to us and telling us about this… We like you as a person as well. You are always welcome on our team. We've got your back,' basically," said Brent.

The reaction was better than Brent ever expected.

"I didn't want to make it seem weird for them, you know? I felt like an outsider as I was kind of moving into their dynamic. They had great team chemistry; I felt like I was going to screw it all up, you know?" he said.

The videos were a way for him to not only document his changes but help others who may be going through similar struggles.

"I care mostly about trying to help other people," said Brent. "If there's going to be someone in the same position as me, then I wanna be able to help them, because I don't want to have anybody suffer through the same stuff that I did when I was trying to figure out my life and my transition."

Coach Snelling says it's now hard to picture Brent as when they first met.

"For me, Brent is Brent. He's just another dude," said Snelling. "There were some real challenges, and we had some really tough moments, but now we're on the other side of this thing which has been a journey."

Brent recently made the tough decision to stop running cross country at BGSU, because keeping up with the competition became increasingly difficult.

Now, he hopes his story can help others on their journey.