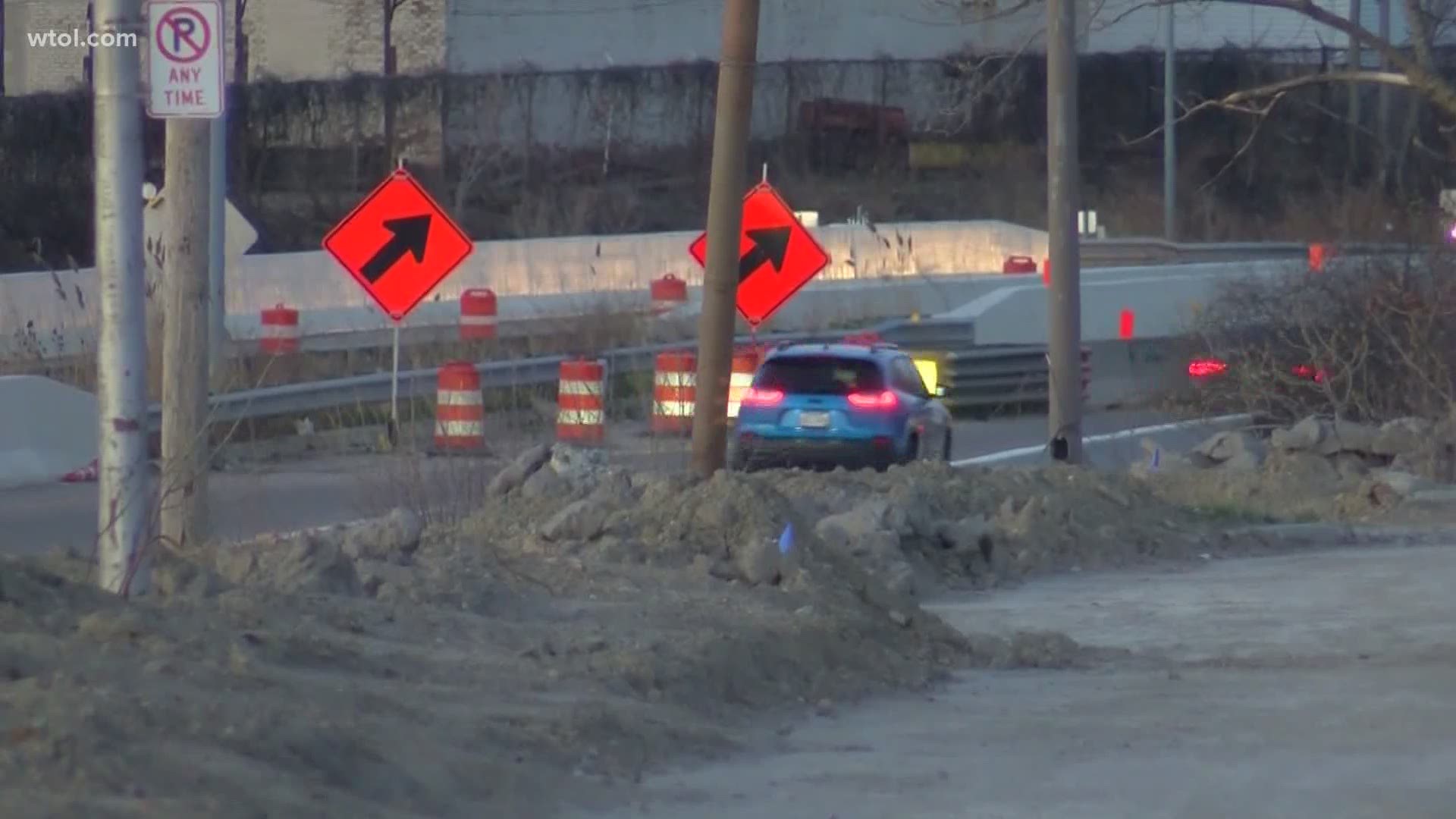 TOLEDO, Ohio — On Wednesday night, ODOT closed the ramp from the NB Anthony Wayne Tail to Collingwood Blvd. With that, they also shifted traffic on the Trail.

Right now, if you're going northbound into downtown Toledo, you're actually driving in the out of town, southbound lanes.

But ODOT spokesperson Rebecca Dangelo said there's still one lane in each direction just like there has been.

There are also going to be barrier walls set up so there is no chance of hitting anyone in the opposite direction, even though you're on the outbound lanes.

Dangelo said this configuration is going to be in place for more than a year.

This will allow crews to rebuild the inbound trail under the I-75 overpass. Dangelo adds that drivers need to be cautious when in the area.

It's a learning curve for all drivers, any time there's a change

"For these first couple of days there is going to be congestion, but as people get used to that change or seek alternate routes if they prefer, it will get better over time," said Dangelo.

As part of the I-75 mega project, traffic pattern changes are also happening in the northern section of the downtown area.

Dangelo said starting Thursday night, some maintenance of traffic will begin on SB I-75 up near I-475.

Crews are going to transition and push traffic over. Dangelo said traffic has been driving on the right side in the outside lanes for a while, but now driving lanes are going to shift onto the area that they've been working on for the last year or so.

This will give crews the chance to work on the other side. To allow this to all happen, the EB I-475 to SB I-75 ramp will be closed Thursday night so crews can have safe space to work.

SB I-75 will also be reduced to one lane Thursday night, but by rush hour Friday morning, two lanes will be back open.

Dangelo said, "They are going to look different, so if that's something you are driving, please make sure you are paying attention as you approach that zone tomorrow because it is going to be different than what we've been driving on," Dangelo said.

ODOT says the I-75 mega project is about halfway through and is expected to be completed by 2023.