One student says she wouldn't say it's the parents' fault, but they definitely play a big part in what their kids do. 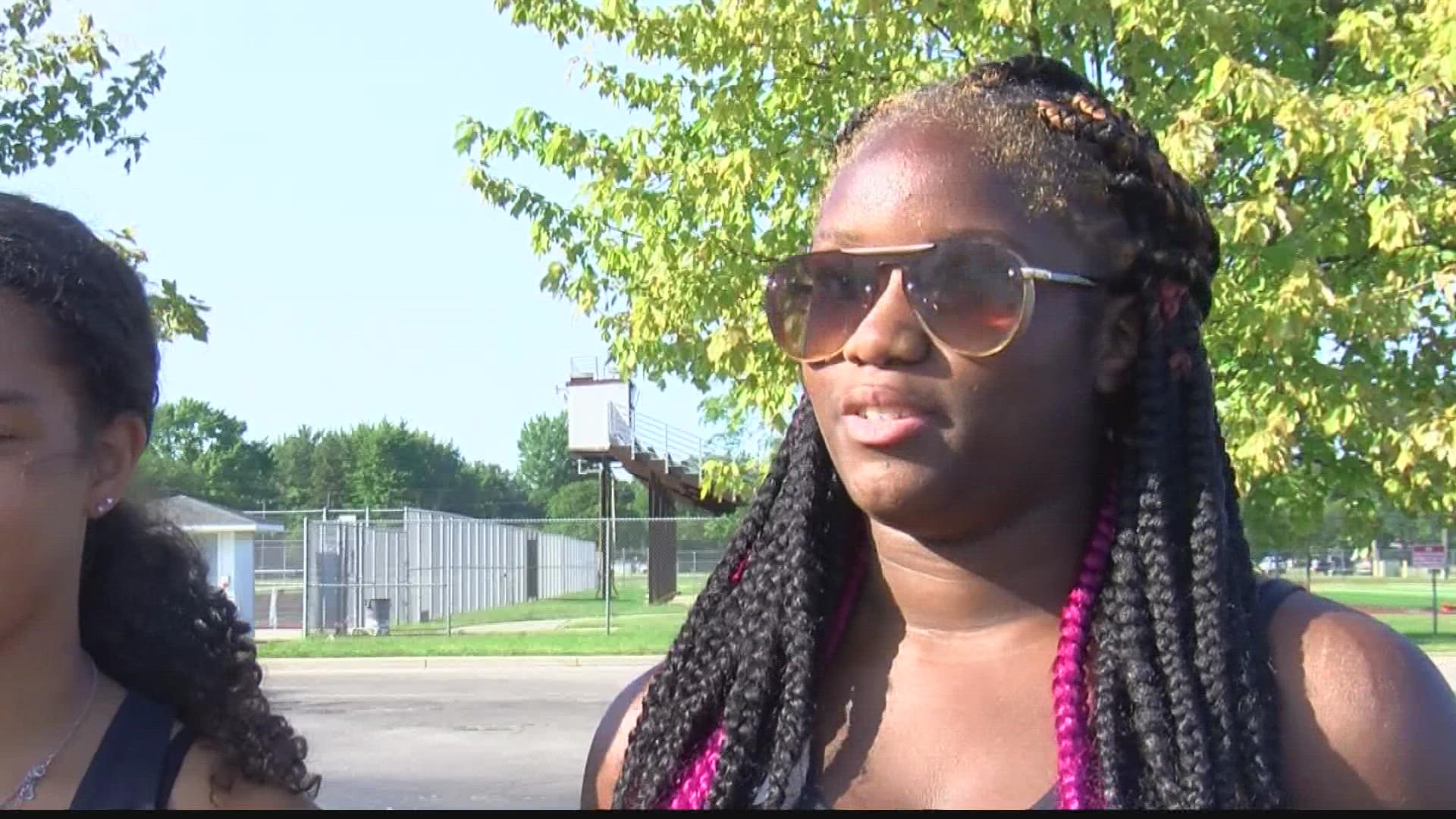 TOLEDO, Ohio — Two Toledo Public Schools students have been caught with loaded guns in school in the last two weeks.

A junior at Rogers High School brought a loaded gun to class on Thursday.

The full statement from TPS on Thursday's incident reads:

A Rogers High School student was arrested today at dismissal for having a loaded firearm in his possession. The School Resource Officer and an administrator were questioning the student about a dress code violation. He was escorted to the SRO’s office and as the investigation continued, a weapon was discovered. No threats were made to any student or staff member and the school day was not interrupted. The safety of our students and staff members remains the number one priority for Toledo Public Schools. Any student who [is] found to be in possession of a weapon or other inappropriate item while at school or attending a school-related event will face disciplinary action and possible criminal charges.

It's unsettling, especially since a classmate of these Bowsher High School students was found with a loaded gun in his bookbag just a week prior.

TPS students are now reacting to the incidents, calling them unexpected.

"[It] was kind of surprising, 'cause I don't think anybody would be dumb enough to bring a gun to school," said Sarah Grandison, a junior at Bowsher High School.

"It was Tuesday, I believe, and I left school early that day. But I was on Snapchat and it was posted. And I was like, 'when did this happen?'" said Deohnie Smith, a sophomore at Bowsher High School.

That's when they took him to the office and found the loaded handgun. The student was then arrested.

"I was surprised, but I've seen it happen before, my freshman year. So I knew that it was a possibility, but they caught the guys both times. So I feel a little safer knowing that they caught them," said Savanna Smith, senior at Bowsher High School.

In a statement, TPS says there were no threats made against any students or staff.

Any student who has a weapon or inappropriate item at school or at a school event will face disciplinary action and possible criminal charges.

But TPS students are now calling on others to take action as well.

"I just think people need to crack down a little harder on their kids because there's no way, 16, 17, 18-year-olds should be able to have access to guns because we're still underage. I wouldn't say it's the parents' fault but they definitely play a big part in what their kids do," said Smith.

They say it makes them feel safer but they hope more will be added so students can go through quicker.

WTOL 11 is waiting to hear back from TPS regarding an update on metal detectors at schools.