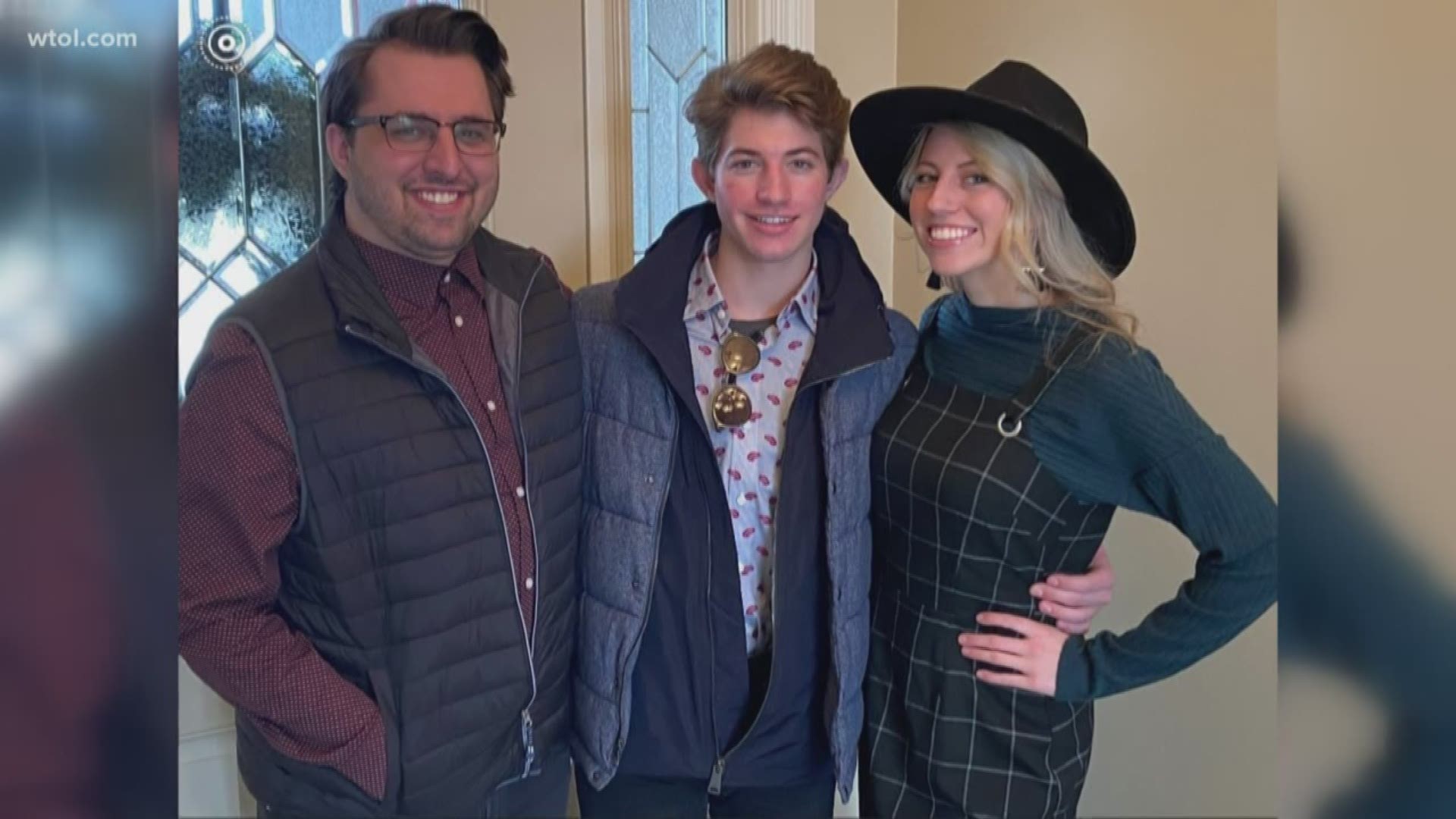 TOLEDO, Ohio — It's the holiday season, but for some, it's a season of ups and downs.
For those experiencing "the downs," it's the love of family and friends that can bring you back up.

“It's a little more difficult than I imagined,” Hunter Pachell said.

Shortly before Thanksgiving, Perrysburg High School and BGSU alum, Hunter Pachell got a surprise - the 26- year-old learned he had cancer; Brain stem cancer, a rare and inoperable cancer.

That's the thing with surprises. The unexpected can be good or bad. But gifts, well those are always good.

"I have great great optimism on this whole thing.” Pachell continued.

It's that spirit of optimism that inspired the spirit of Christmas joy. In Hunter’s family  and beyond.

It was time for good surprises.

Hunter's Dad Jay, a Toledo Police Officer said that to a fellow officer who asked if they had a bank account set up for Hunter.

"And he said ‘well you should probably do it now,’ and he handed me two big envelopes full of cash and then,"

Moved by the generosity, Jay began to choked up

“Something like this shows how small a family it still is," he said.

Hunter’s Aunt Gerri added, "It's the tightest family ever."

And the Brothers in Blue (and sisters) pulled off a surprise for Hunter, raising thousands in a week.

Hunter, beaming with a smile, “Thanks so much,it's one of the places I've been wanting to go since I was a kid.”

And the Toledo Police Department raised more than enough money to send Hunter and his girlfriend there in between cancer treatments.

“I've been growing up around this whole family my whole life, “ Hunter said. "And it's kind of a way too big of a surprise for me and I'm happy about that.”

Chief Kral said that saying he is proud would be an understatement.

“Glad we could help this out today.”

And so, in a time where one could easily feel they'd received a lump of coal, Hunter still has Christmas joy and is discovering this year's Christmas gift is really the time and the love of family and friends.

“Whatever you need, forever, we're here for you,” Kral said. “You're part of our family too. I guess the surprise worked.”

If you would like to be in on the surprise, and raise more money for Hunter, you can enter a donation here: Toledo Police Federal Credit Union 4280 Heatherdowns, Toledo, Ohio, or 525 North Erie, Toledo. From Hunter’s