Toledoan's tech company gaining popularity in the US

Soapboxx is a social media company that allows people to engage with shows and organizations by allowing viewers to create content. 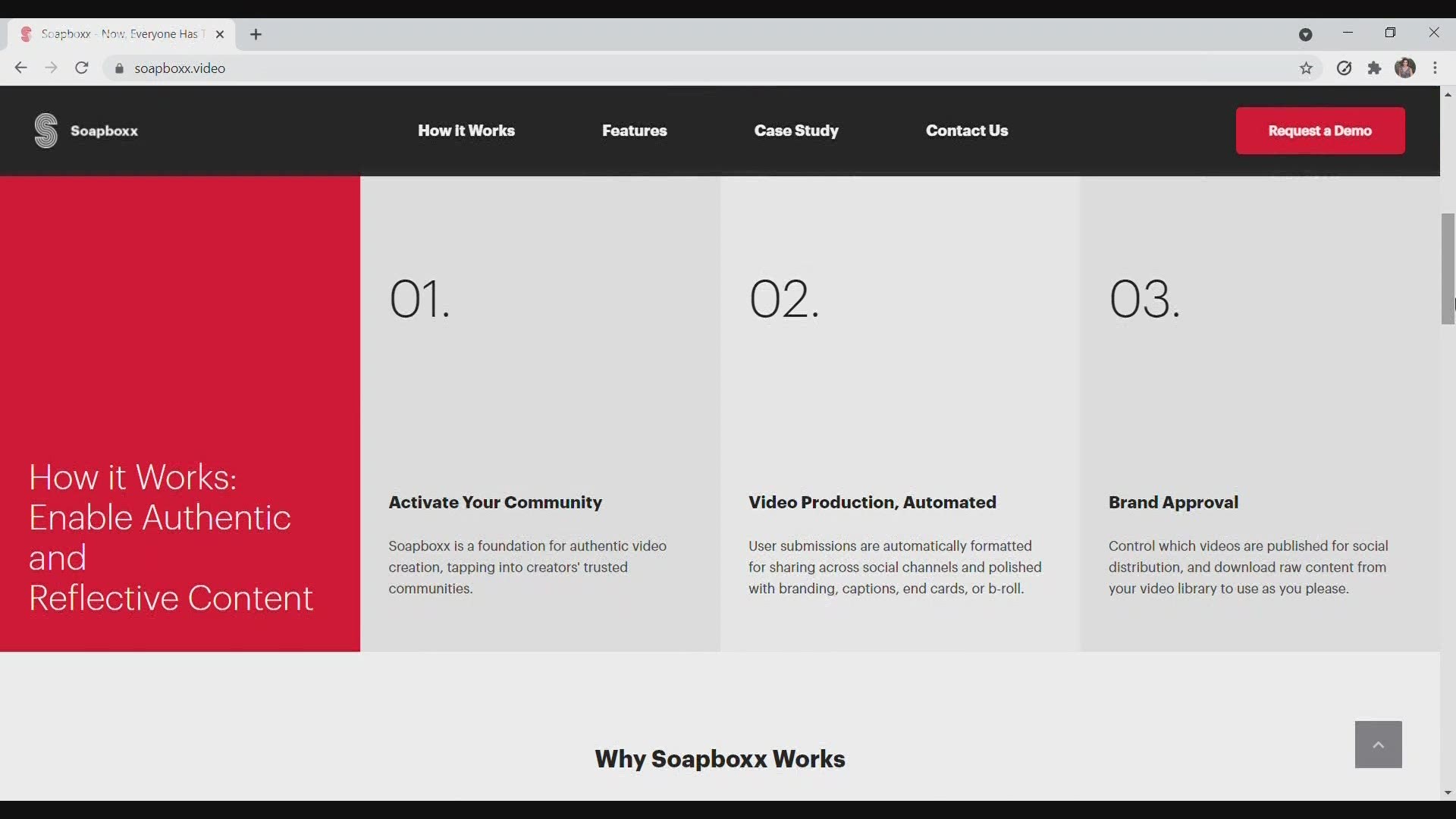 TOLEDO, Ohio — A Toledo native is working to help you be part of the content that's created from your favorite brands, organizations or even TV shows.

It's a new technology platform called Soapboxx. It's taking off nationwide but has roots in the Glass City.

Soapboxx is a social media company that allows people to engage with shows and organizations by allowing viewers to create content.

It's working with some big organizations like the Biden-Harris presidential campaign and now CBS with Love Island.

Here's how it works: companies or organizations partner with Soapboxx to allow their audience and viewers to be a part of the content.

People send in videos with their thoughts or reviews and it gets posted for other viewers to see, creating authenticity with a brand.

So where did this idea of Soapboxx even come from? Right here in Toledo.

"It's funny. I actually started working on this and I can trace it back to being at Channel 11. So, I've been working on this since the 90s. I started there in 1997," he said.

The Toledo native says the main reason it was created is that people need to be able to have access, to share their voice and thoughts with the things they're interested in.

"There's issues out there. We work with a lot of non-profit and in some cases political organizations, where the people that we're working with, they have serious issues and they have a hard time getting them heard," Beckmann said.

In turn, he says these brands are able to build trust with their audience.