An image released by the Zoo on Saturday shows an almost supernatural glow being emitted from the animals eyes, ears and snout. 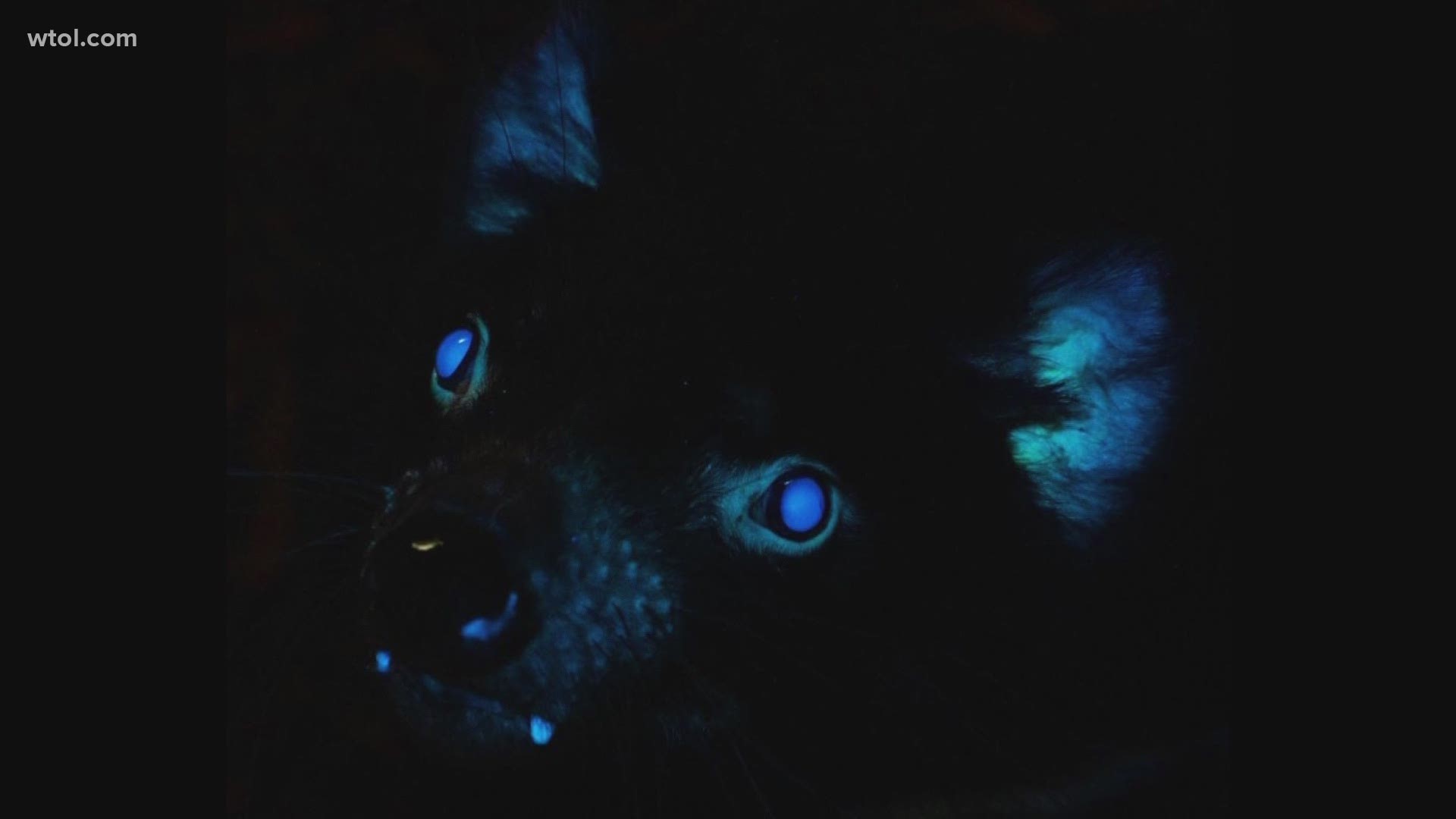 Talk about a devilish look in the eye!

There was exciting news out of the Toledo Zoo over the weekend.

According to a post on the Zoo’s social media pages, the institution has recorded the first documented case of biofluorescence in Tasmanian Devils.

And the picture they shared of the phenomenon illustrates just how exciting that is.

In it, a Tasmanian Devil’s eyes, ears, and snout are emitting a blue glow that almost looks supernatural.

The Toledo Zoo is excited to report the first documented case of biofluorescence in Tasmanian devils!

Biofluorescence is a phenomenon whereby an animal or other living organism absorbs light, then reemits it as another color.

Tasmanian devils are the world's largest omiverous marsupials and native to Australia.

The Toledo Zoo's Conservation Technician, Jake Schoen, came up with the idea to test for biofluorescence in the animal.

That's when he decided to try an experiment with the Australian species at the zoo.

According to Schoen, they were able to demonstrate the phenomenon by putting a Tasmanian Devil in complete darkness and shining a very specific wavelength of ultraviolet light on it.

Biofluorescence is known to occur in almost 200 species of fish, birds, some sharks and turtles, as well as certain types of coral, and even in mammals.

The Virginia opossum, an animal native to Ohio was found to exhibit biofluorescence in 1983.

The Zoo says it’s unknown at this time whether there is a particular reason that Tasmanian Devils evolved to have the trait although some species use it to attract mates and even as camoflage.

"It's really exciting to see more and more discoveries. But what I'm most excited about is to see is research being done on the significance of it, if there is any, and to see if animals are using it to their benefit or if it's just of a coincidence," said Schoen.