With just hours left before the game, the Walleye announced they would not be allowing the public into the Huntington Center. 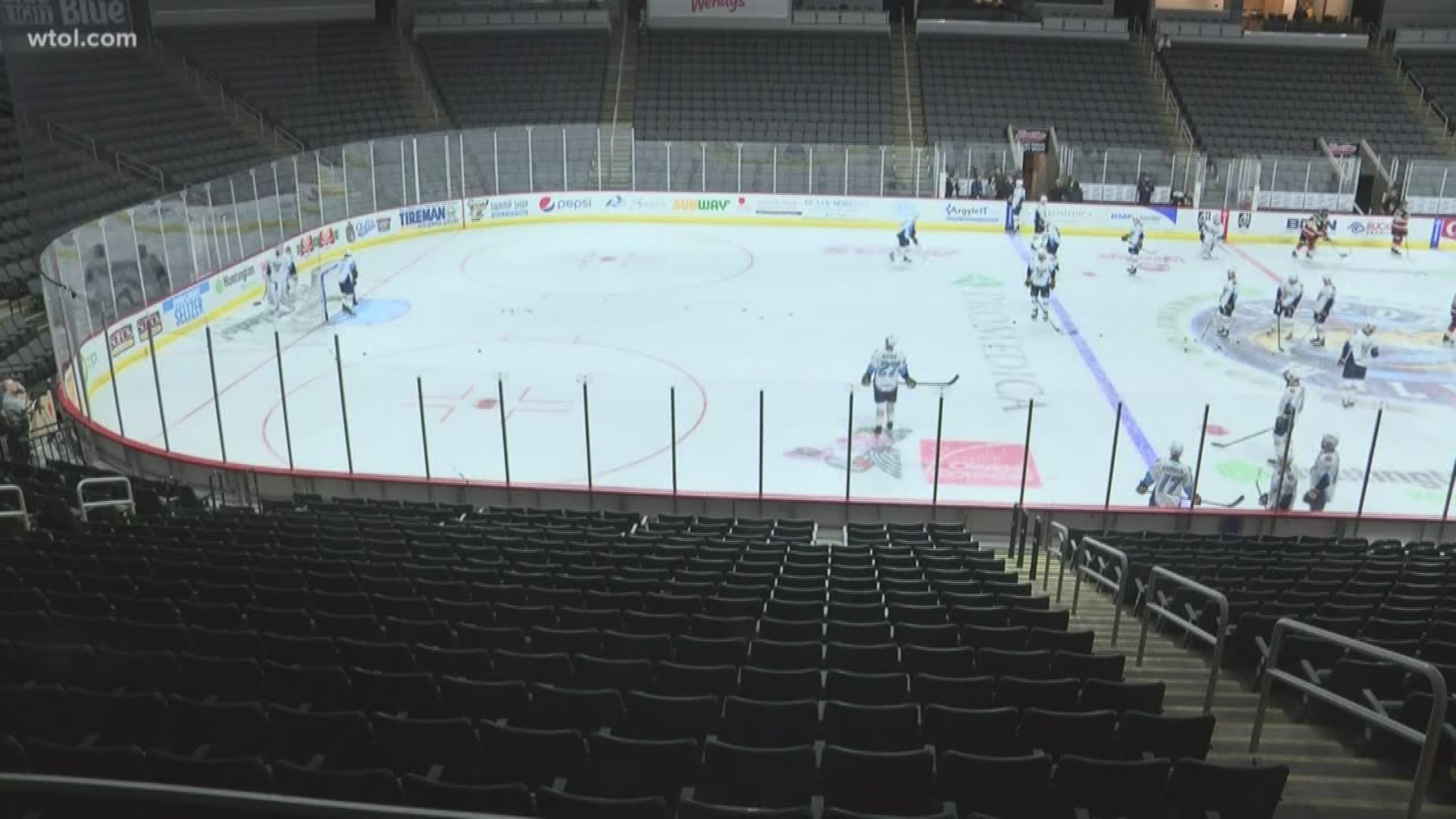 TOLEDO, Ohio — Just hours before the Toledo Walleye were scheduled to hit the ice, the hockey team announced they would play with a restricted attendance policy.

This meant only official team members and credentialed personnel and media would be allowed inside the Huntington Center during the game.

Fans and local business like the Blarney and Downtown Johnny's responded with surprise and frustration.

"It's like, you're kidding me. I couldn't believe this," said Walleye fan Kebein Schwartz.

"I was actually pretty astounded," said Triniadad Wyatt, the manager for Downtown Johnny's.

Fans were upset they had driven long distances to watch the game only to find out they couldn't go in.

"We came from Fostoria so it's about 45-50 minutes," said Walleye fan Lyssa Reyome.

The announcement comes after Governor Mike Dewine announced the fourth case of the coronavirus in the state and after he said he'd issue an order banning mass gatherings, specifically those inside.

"I thought of the Walleye right away and thought wow, that's a big part of our business before and after games. I mean, I understand the governor I'm sure is being instructed by the right people to do this, but I have other feelings as well," said Ed Beczynski, the owner of the Blarney.

Some business owners and fans believe the move is too soon.

"I think that it's been blown out of proportion and I feel that if they have a live event, you don't let them know three hours before the game," said Schwartz.

"From a business standpoint we're definitely upset. I think the financial impact it's gonna have across the city is gonna be very interesting to see," said Wyatt.

But there are also those who understand why organizers are taking precautions.

"I understand. And honestly I even brought, they brought masks that I brought with them so they can wear them outside. I did want them to be protected. Usually it's around 8,000 people in there so you never know," said Reyome, speaking about her two young children.

Fans who had tickets for the game will receive a credit to future Mud Hens or Walleye events.

However, those who are frustrated are hoping there's a better solution than closing off future games to the public.

"There is no plan. You can't plan that, so we'll just figure it out. And we'll manage and we'll get through it. Even downtown is a great downtown with or without games," said Beczynski.

The general manager for the Huntington Center says they are working on a plan for future events and we expect to hear more from him on Thursday.