Sgt. 1st Class Tim LeDoux served for 20 years and suffers from constant ringing in his ears. 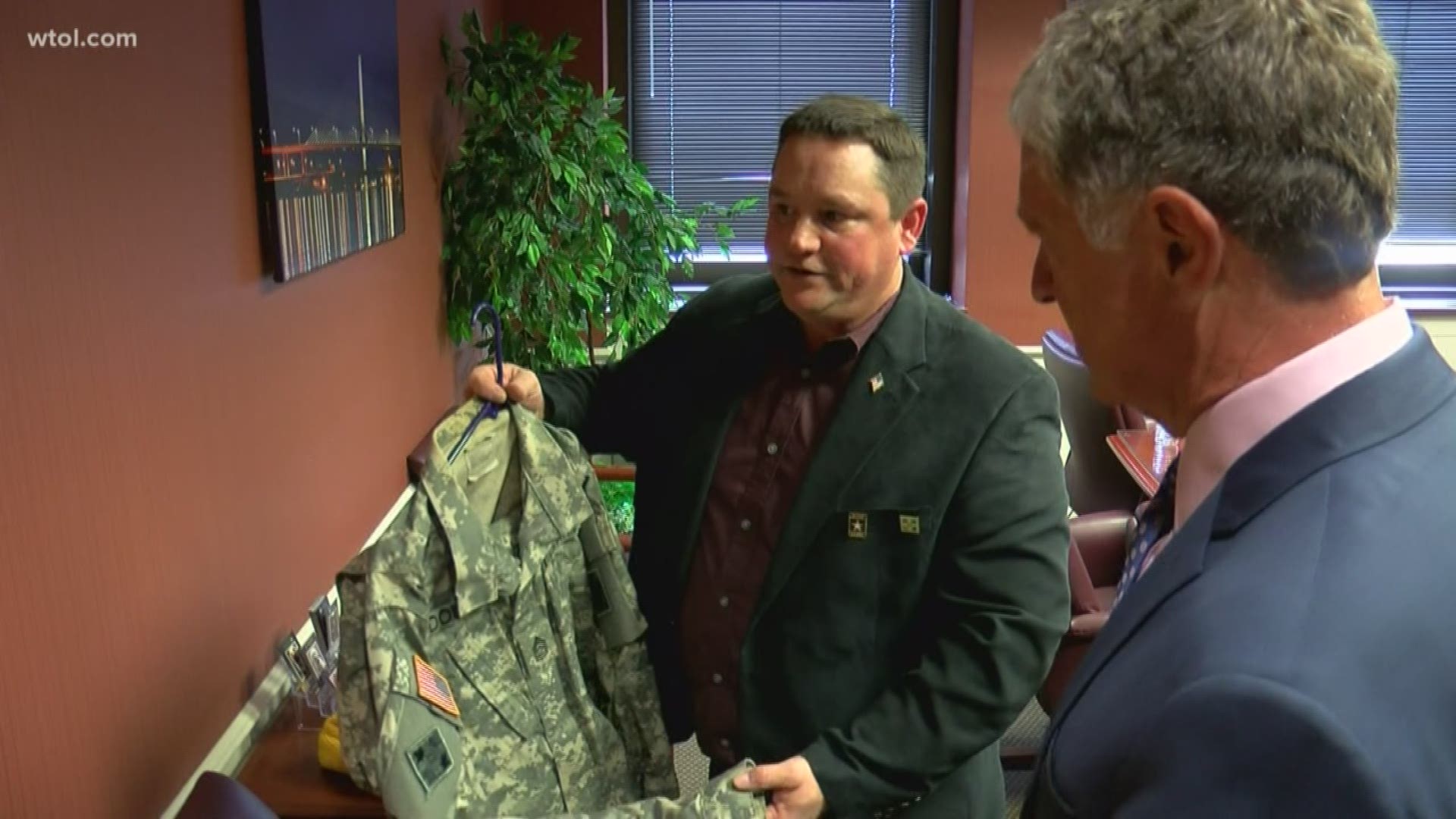 TOLEDO, Ohio — An Army veteran from Toledo is battling against 3M corporation over what he calls a design flaw in their earplugs, and he's not alone.

The Veterans Administration says 2.7 million veterans are getting disability for hearing loss or tinnitus and a wave of litigation - including Tim LeDoux's case - is just beginning.

Tim LeDoux served 20 years in the Army, retiring with the rank of  sergeant first class. He said he has no regrets, except for that constant ringing in his ears.

"The first pop, the ringing starts. You hope it goes away - sometimes it does. But in my case, it didn't," LeDoux said.

The culprit, LeDoux said, are the Dual Ended Combat Arms earplugs made by 3M and issued by the U.S. Armed Forces. The earplugs were in use from 2003 to 2015. LeDoux, and many others, say they were too short in many cases to close off the sounds of war.

Credit: WTOL
The Dual Ended Combat Arms earplugs by 3M are the subject of lawsuits filed by veterans against the company.

3M settled with the federal government as it investigated the allegedly faulty earplugs to the tune of $9 million.

But 3M maintains its product design was not defective. LeDoux disagrees.

"It never goes away. Sometimes when you talk to me I won't hear a word but I'll know what it is because I know. But I don't catch part of the word because it's in the frequency range," he said.

LeDoux heard about other veterans' lawsuits. He contacted Charles Boyk Law in Toledo and on Oct. 9, an action was filed against 3M. The suit claims the company supplied the military with defective gear, which caused permanent injury. LeDoux's case went to federal court in Pensacola, Florida, where a judge is handling all that litigation against 3M

Credit: WTOL
On Oct. 9, an action was filed against 3M on behalf of Tim LeDoux. The suit claims the company supplied the military with defective gear, which caused permanent injury. LeDoux's case went to federal court in Pensacola, Florida, where a judge is handling litigation against 3M.

The VA in Toledo is swamped with veterans needing evaluations. Tinnitus is the number one disability they encounter.

In a statement, 3M says the design was developed in "close coordination with the U.S. military" and that it "reflected the direction and feedback of individuals acting on the military's behalf."

RELATED: 'This is the ultimate leave no man behind' | Virginia bikers escort vet's abandoned ashes to family in PA