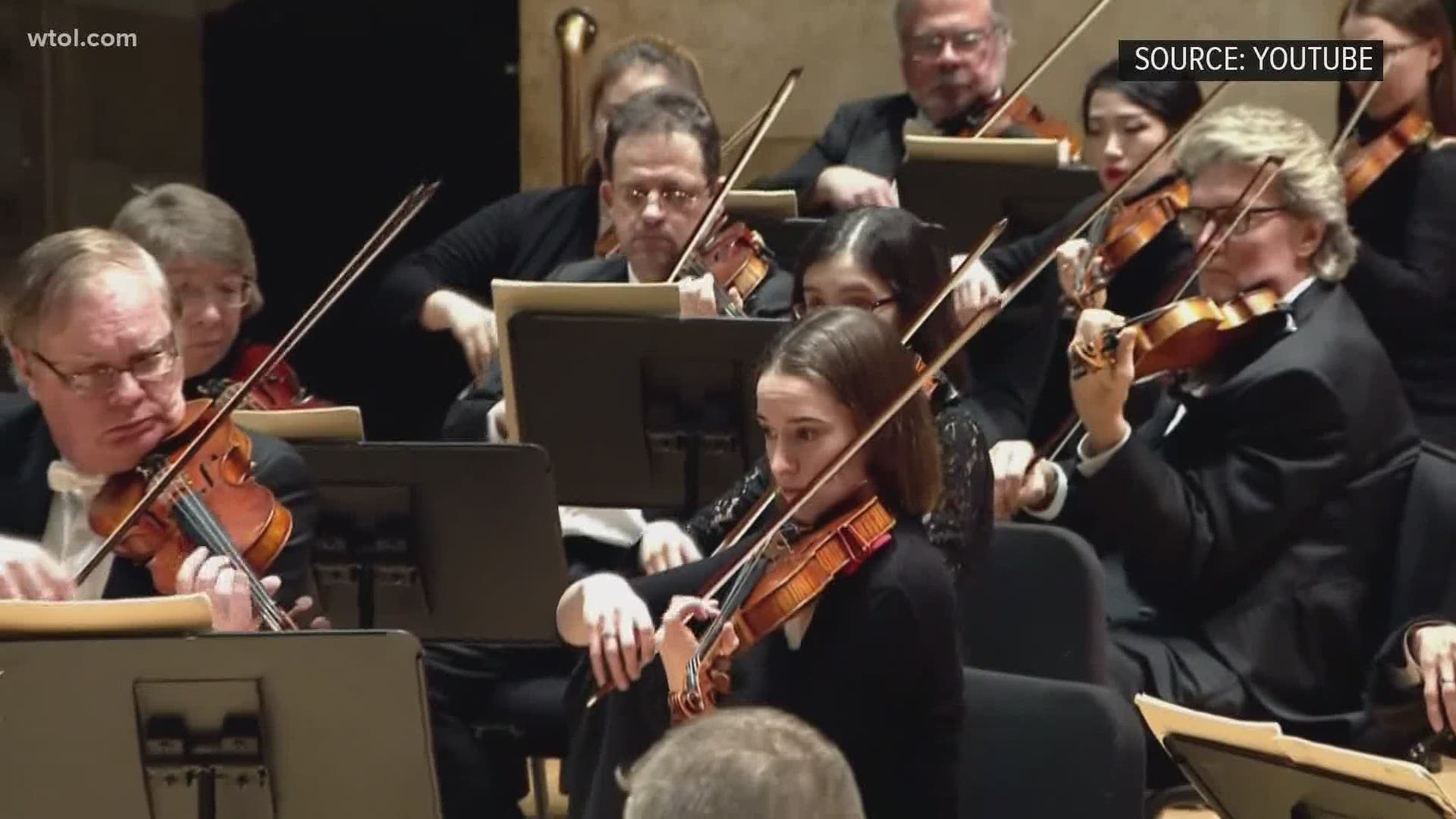 The orchestra's 77th season will kick off on Sept. 12, with Alain Trudel at the helm for his third season as Music Director.

“With everything going on in the world right now, we need music more than ever to safely bring us back together,” says Trudel. “The performing arts create a sense of community that we are all longing for, and at a time when the world stretches us in different directions, let us rejoice together in the joy and beauty of music."

TSO will offer both socially distanced in-person and new streaming attendance options for concertgoers. All performances will be held at the Toledo Museum of Art's Peristyle Theater until Feb. 2021.

Some performances have been designed entirely to highlight repertoire that will allow orchestra members to socially distance on stage. The orchestra has additionally re-introduced some concerts that were canceled last spring due to COVID-19 closures.

The TSO season, which runs from September 2020 through June 2021, will open with all-Beethoven programming in celebration of the landmark composer’s 250th birthday.

RELATED: Toledo Zoo's 'Music under the Stars' moved to fall 2020

New this season, the TSO will launch a state-of-the-art streaming platform. Modeled after popular products like Netflix and Hulu, the TAPA Streaming technology will allow virtual ticketholders to view most performances on their computers, phones, tablets, Apple TV, or Roku devices. More information on TAPA Streaming is available on TSO's website.

The TSO is implementing additional safety measures for in-person attendance, including increased sanitizing of high touch surfaces, easy access to hand sanitizing stations, enforcement of social distancing guidelines, use of masks, touchless ticketing, and special audience routing throughout the Peristyle.

“The health and safety of our audiences, performers, and staff remain our top priority. Our administrative and artistic teams have worked diligently to ensure the safest environment for all,” says Zak Vassar, President & CEO of the Toledo Symphony. . “We’re continuing to follow the guidelines set forth by the State of Ohio related to COVID-19.”

Tickets to all of the symphony’s 2020-2021 performances are now available to the general public and can be purchased online, by calling the box office at 419.246.8000, or by emailing boxoffice@artstoledo.com.