The plan calls for 100 new police officers to TPD, investing $40.5 million in youth services, and $10 million to remove all of Toledo's lead pipelines. 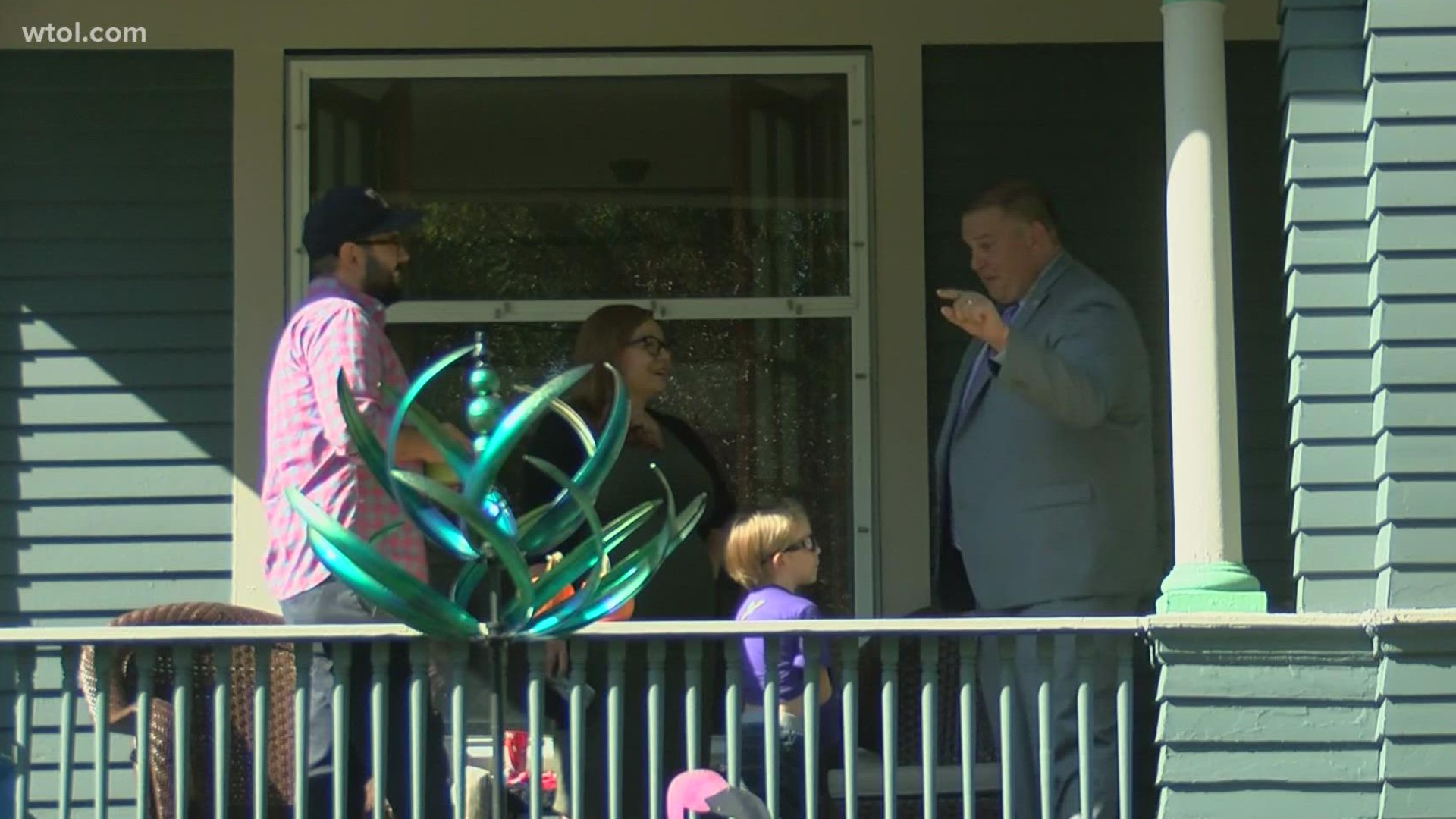 The so-called Toledo Recovery Plan is a 33-page proposal that sees the money used to address a variety of issues across the city.

At Kapszukiewicz's press conference earlier today, he outlined that this new plan is designed to improve the lives of just about everyone in this city, keeping us safer by bolstering the police and fire departments, removing unsafe buildings and neighborhood blight, and even removing lead hazards in our water, such as the lead pipelines used by Patrick and Faith Kellher of the Old West End.

"We had no idea that we had a lead service line, it wasn't something that came through on the house inspection when we bought this house, so when we found out we were pretty surprised and pretty worried," said Faith Kellher, a mother of two.

The Kellhers are two of thousands of Toledo residents still using the 30,000 lead lines that exist in the city. They were prepared to spend some $3,000 dollars to have it removed, but then they heard that part of the Toledo Recovery Plan involves removing all of the lead piping on the city's dime.

Now they won't have to pay a cent.

"We have all new lines and the water pressure issue will be solved, the lead issues are solved, so it's very exciting."

They're not the only ones benefiting from this plan either. The near $181 million stimulus allocation will also benefit government services like the police department, which has been hemorrhaging staff the last few years. The Toledo Recovery Plan calls for the hiring of an additional hundred officers, bringing the force up to 700 for the first time since 2006.

"I know our guys need the help, I know the citizens need the help out there, it's no secret crime has risen over the last couple of years and more officers allows us to target that crime and make it a safer city," said Assistant Chief Mike Troendle of the Toledo Police Department.

The fire department was also struggling to maintain employees but will be given money to hire new recruits as early as this year.

"We've been actually shutting down rigs because we didn't have people to put in the seats. So for us to be able to increase our staff and make sure we can perform at the level of service people are used to when it comes to our response times and level of care we can provide," said Chief Brian Byrd of Toledo Fire & Rescue Department.

Kapszewkiewicz described this plan as a once-in-a-generation opportunity for the city to grow and improve, emphasizing that these are ideas that came from real Toledo residents, not politicians.

"Remember those six or seven neighborhood meetings we had? We also had surveys that thousands of Toldeoans took part in and participated in. We built this plan around that input," Kapszewkiewicz said at a press conference Oct. 13.

"I couldn't be prouder to be a Toledo resident, and it's really exciting to see the growth and where we're going," said Faith Kellher.

The next steps for this bill will be for it to be approved by city council, which the mayor implied should be a smooth process as the council members seem to agree with the plan.

The funds won't be fully received until 2022, but all of the money must be spent by 2026, so the mayor and city members implied that as soon as it's acquired they'll roll up their sleeves and get to work. 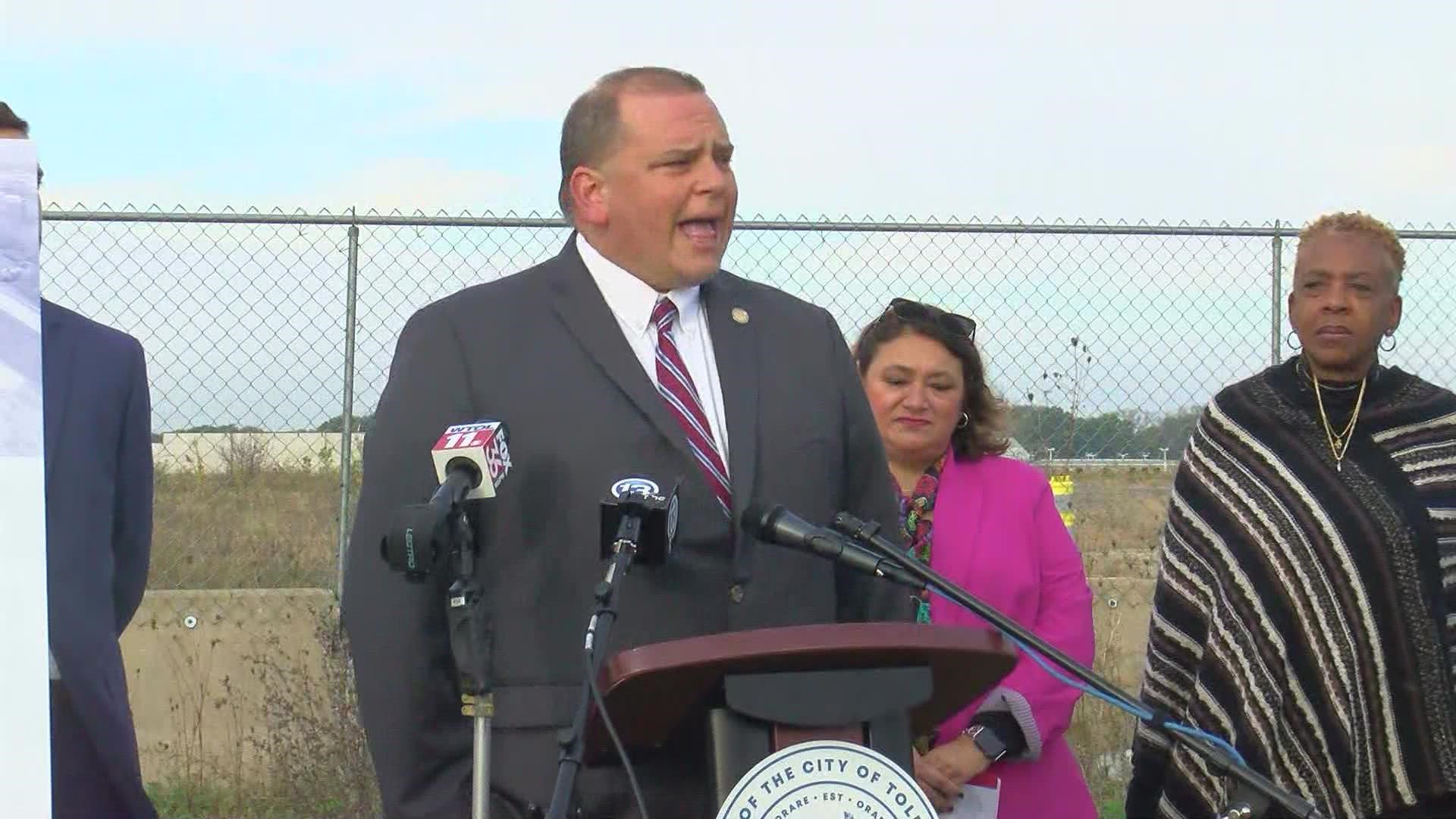