The Rep has one more outdoor performance before beginning the new season indoors with full audiences. 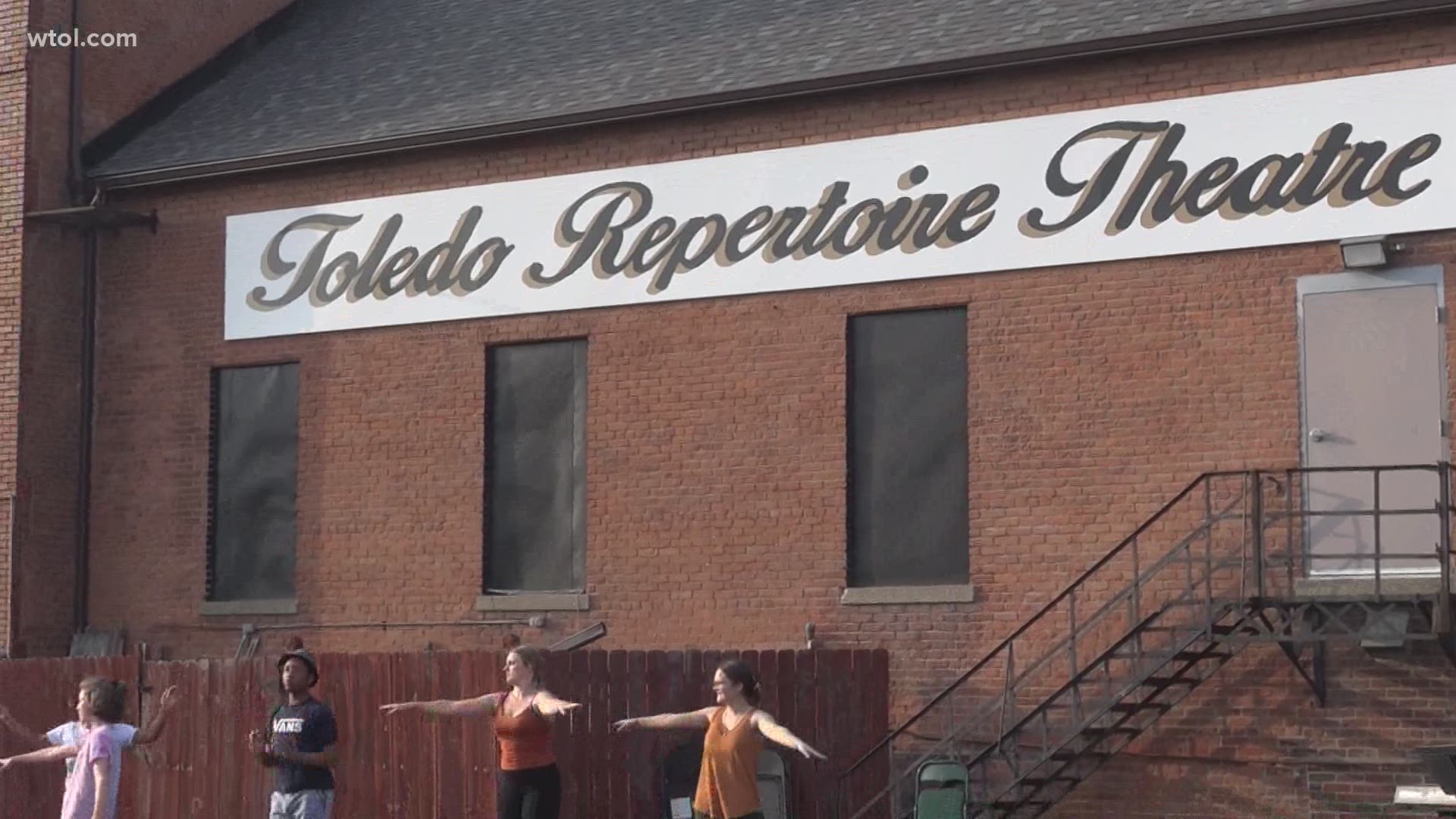 TOLEDO, Ohio — For many, getting back to "normal" after the pandemic was getting to sit in a crowded arena and watch their favorite sport.

For others, it's the chance to sit in a full theatre and watch a live performance.

In it's nearly nine decades, the Toledo Repertoire Theatre stage has seen a lot.

Now, it has it's turn for a facelift.

"It's been really nice being able to do these renovations, but we really miss being able to put on shows on our own stage," said Benjamin Jameson, Production Manager at the Toledo Rep.

Surrounded by walls adorned with the names and musings of cast members of shows past, it's easy to feel the history of the space.

RELATED: 'Broadway is Back in Toledo' series begins October 2021

It's a space they're ready to return to with full audiences this September after having to hold their performances outdoors for more than a year.

Indoor shows with full casts will return in September at the beginning of the Rep's new season, but they've still got one more outdoor show to get through, an all teen Elvis Presley musical at Ottawa Park.

And while that show might be getting people "All Shook Up," the people who gave it their all to keep the Rep alive this past year are ready for a bit of stability.

"The Toledo Rep is actually the second oldest cultural arts program in the city of Toledo behind only the art museum," said Herrman, "so it means a lot - especially that we've been able to keep this theatre, let alone live theatre alive during this whole time."

The Rep's final all outdoor show will be available for streaming and viewing at Ottawa Park the first weekend in August.