Prices will increase for most, but area mayors say their decisions hinge on more than just the numbers. 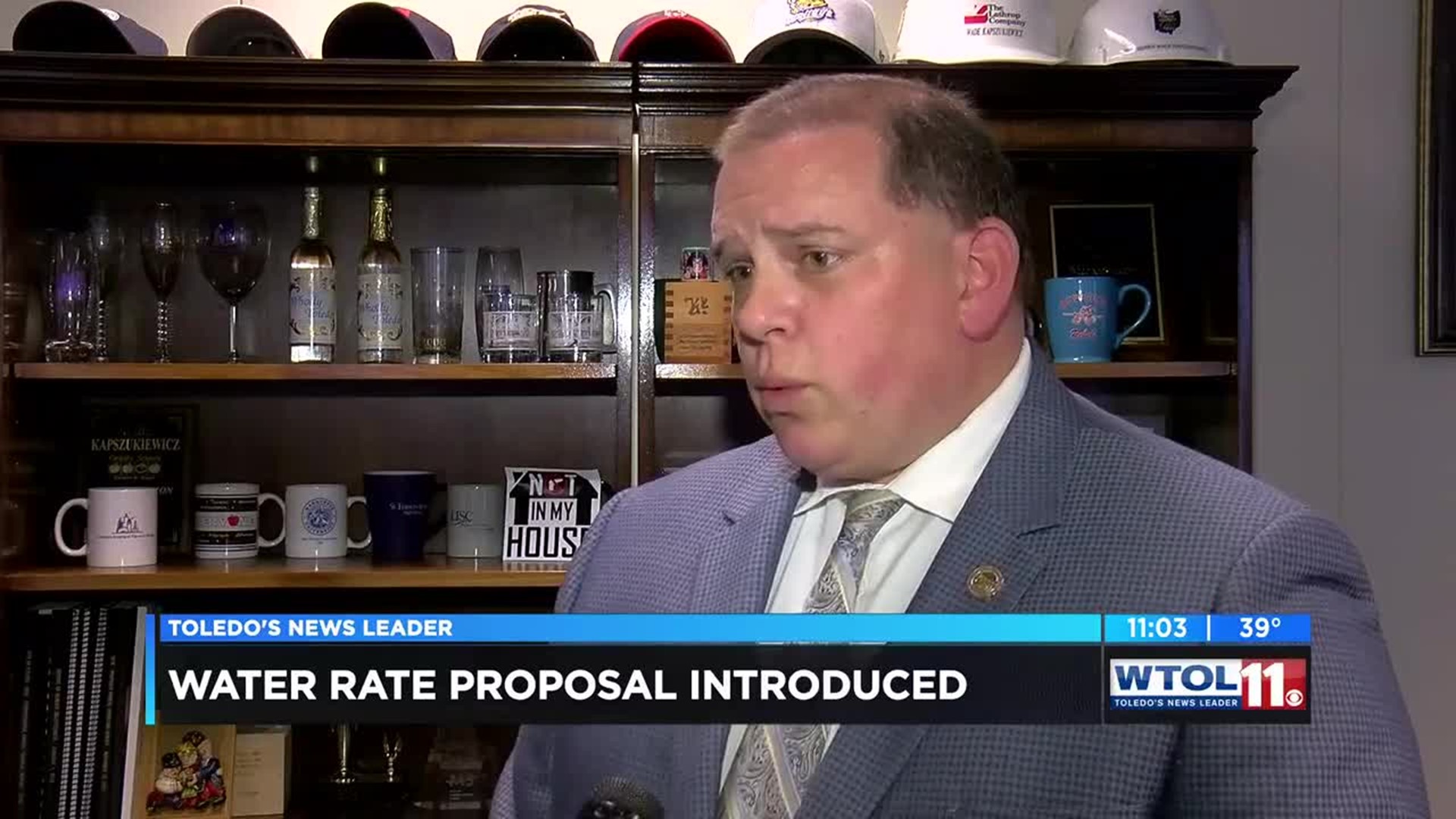 TOLEDO (WTOL) - It’s the first time the city has publicly released the proposed water rates under the Regional Water Commission with all their current customers.

Prices will increase for most, but area mayors say their decisions hinge on more than just the numbers.

According to Toledo’s proposed rates residents in the Glass City are currently paying about $25 per 1000 cubic feet.

While those numbers seem shocking to some, Toledo’s mayor says it's not as bad as it seems.

“The City of Toledo has increased its water rates 13% a year every year for the last four years or so,” said Mayor Wade Kapszukiewicz. “So, a 10% increase is actually a more gentle increase than what has been the case.”

It’s not just Toledoan’s rates that will increase, but also the suburbs. Maumee for example will also see their rates double in eight years, one year increasing by 14%. But Mayor Kapszukiewicz said the rates have been worked on regionally, and he truly believes they are the best.

“If this is about providing the lowest rates to your citizens, there’s no question that after the due diligence is done I think we’re going to see our suburban customers sign on,” said Mayor Wade Kapszukiewicz.

But if a suburb leaves the Regional Water Commission that means who’s left in on the deal will foot the bill. Regardless of who signs on, Toledo’s mayor says the city will be okay as 90% of their customers are already on board.

Maumee, a current customer of Toledo water, is looking at all of their options. While Mayor Rich Carr would like to make a deal with Toledo, he feels there are cheaper options like the Michindoh Aquifer. He said making a decision for Maumee is about more than just rates, rather the contract details too.

“It’s going to require compromise on the City of Toledo’s part, but it’s something that we, the suburban mayors, are willing to discuss with them,” said Mayor Carr. “We think it can be resolved, but the ball is going to be in their court.”

The suburbs plan to submit a rebuttal to the original contract proposal soon to include protection clauses for their communities. While there is still a long road ahead, this as close to accomplishing a regional water deal as leaders have come and they aren’t losing hope.

“I think we need to get into a room without having experts and everybody else there and just have an honest discussion what does it take to get this done,” said Mayor Richard Carr.

WTOL also spoke to Sylvania’s Mayor Craig Stough about the rate proposal over the phone. His city would actually see a rate decrease to start, but in 2026 rates would increase.

Mayor Stough said the numbers look positive, but that’s only a portion of the puzzle. He said they are still waiting to see the proposed contract. Mayor Stough believes they are obligated to find the best deal for their community on all fronts.