If your car is damaged by a pothole on a Toledo city street you're likely out of luck but we have some tips on how you can get reimbursed. 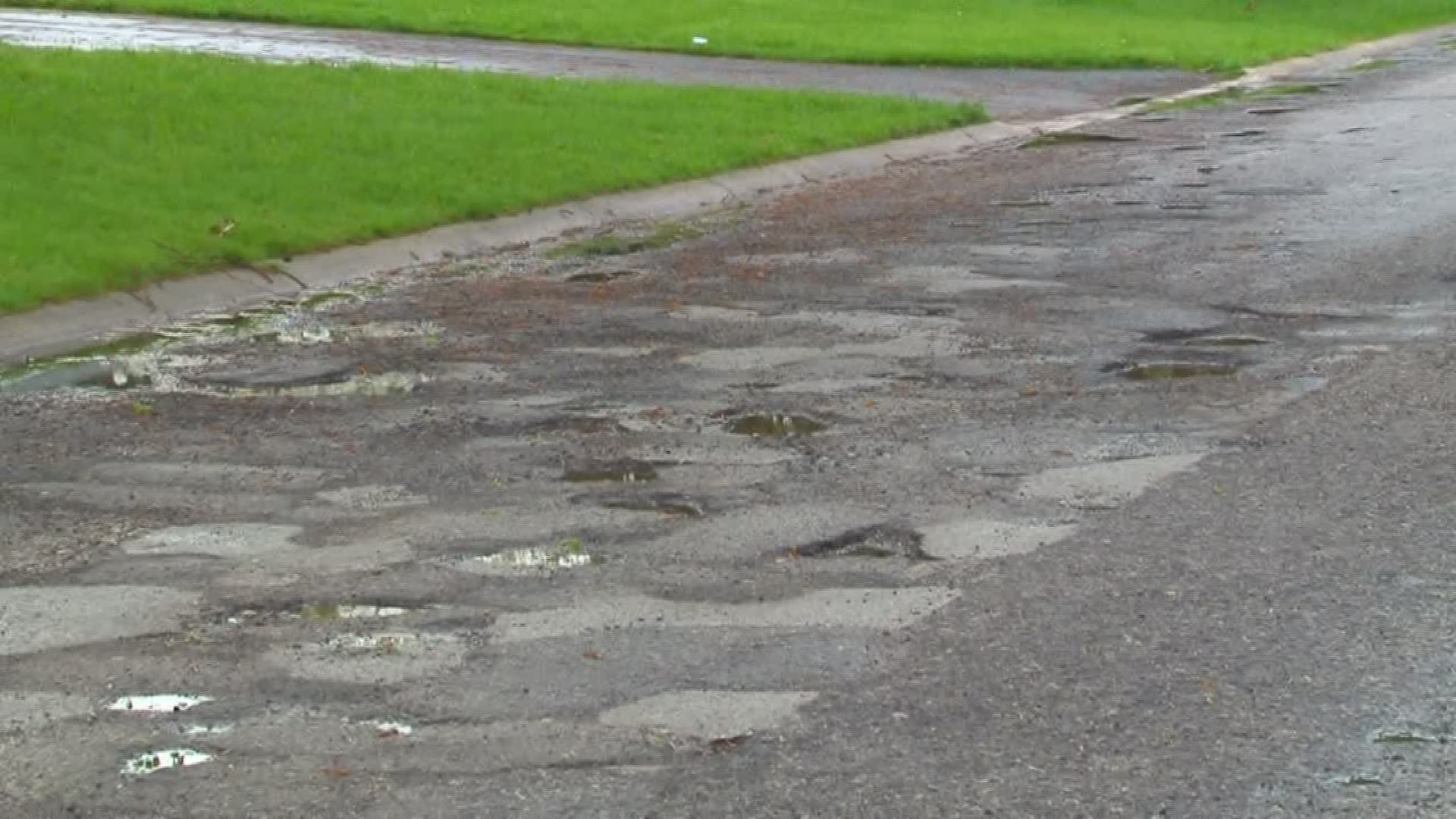 TOLEDO, Ohio — The early winter freeze, hitting much of northwest Ohio will only complicate things further for drivers as the freeze and thaw cycle, creates more potholes.

If your car is damaged by one, on a Toledo City Street you're likely out of luck.

Many of those who file claims, to be reimbursed for damage never see a dime.

"Even though I can see it coming, it's upon you before you know it," explained Toledo driver Sharon Gillespie.

The problem is lurking on both residential and main roads,  used daily by drivers usually goes unnoticed until it's too late.

All serious damage can quickly add up.

"One good pothole can add up to 11-hundred dollars sometimes", warned Barnes.

Barnes has been working on cars locally for 35 years and has seen his share of pothole problems.

A business fueled by frustrated drivers who find themselves temporarily sidelined with damage and the unplanned financial strain they're suddenly thrown into.

"A lot of customers try to file claims with the city, and from what I've seen everyone has been rejected," explained Barnes.

WTOL 11 reviewed claim numbers provided by the City of Toledo, dating back six years that prove just how serious the issue is.

The worst year was 2014, when 793 pothole damage claims were filed,

"Municipalities in Ohio can't be held liable for a pothole, if we are not aware of it. In many cases, the first time we are made aware of it, is when someone calls to file a claim about the damage caused by the pothole," explained Ignazio Messina, City of Toledo Communications Director.

Often the claims filed don't meet the criteria to consider the city negligent, leaving drivers on the hook for the pothole damage.

"We know there must be a long term infrastructure plan to replace streets -and not just patch potholes," said Messina.

The city's not alone in the battle against potholes.

The state is also feeling the pain on US Routes, Interstates  and State Routes.

Data we requested from ODOT shows over the last three years, your tax dollars have been used to settle more than $30,000 worth of pothole claims across Lucas, Wood and Henry Counties.

"The odds of getting refunded depends of the situation, but there are more cases filed than are reimbursed," said Rhonda Pees the Public Information Officer ODOT.

Keeping a paper trail of your damage, could increase your odds. Several local attorneys said pictures, police reports and other proof of damage, may help you squeeze out a payout. That can offer temporary relief to a major headache.

So what do you do if you hit a pothole in Toledo?

Other steps, include officially filing a claim, which you can do so here.