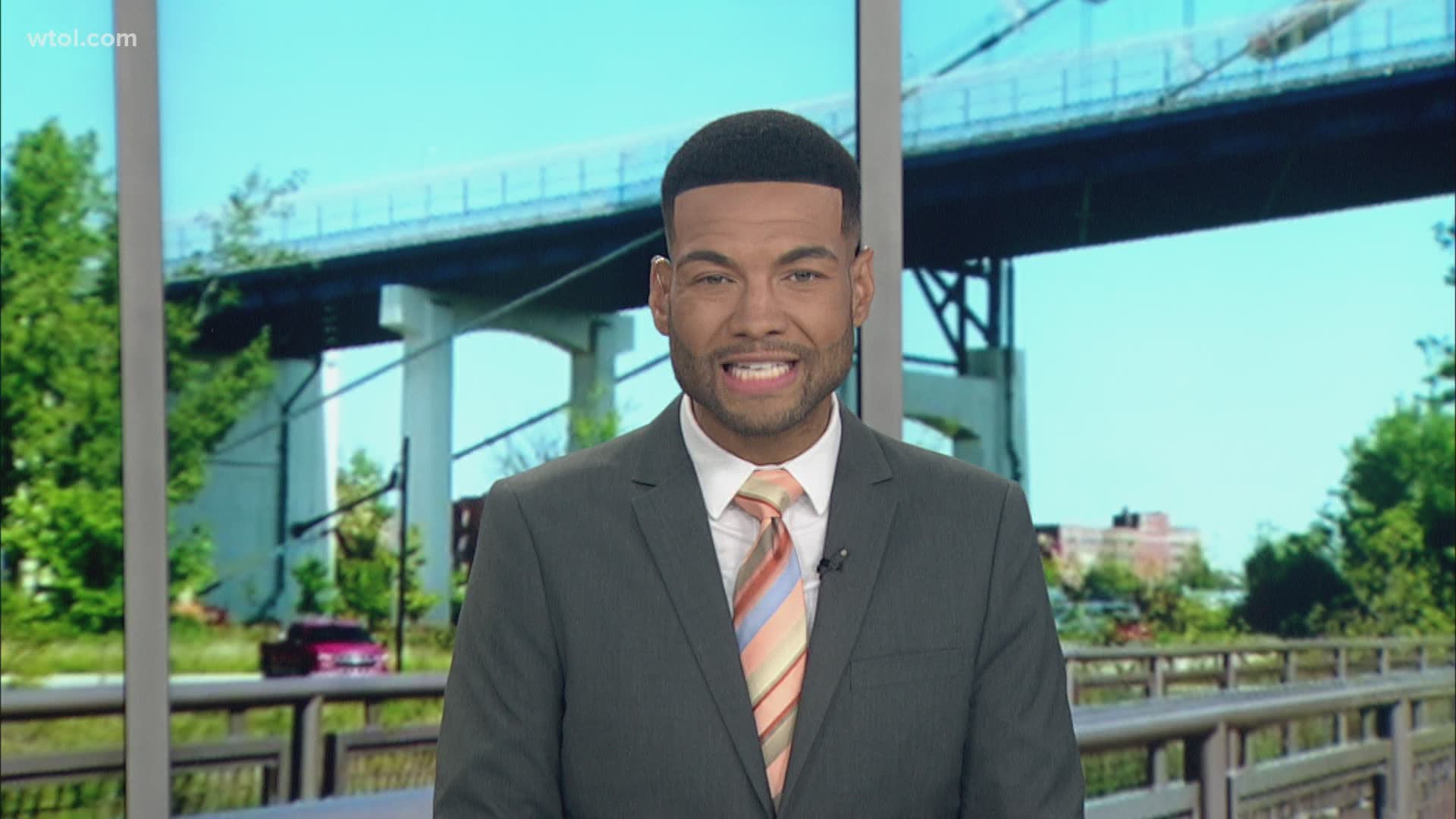 TOLEDO, Ohio — The Toledo Police Department has disciplined three officers for their actions during the May 30 protest.

Melvin Russell was seen on cellphone videos swinging his helmet at a protester. He was given a 75-day suspension and was given a last chance warning, meaning he could be terminated if he receives another finding of unnecessary use of physical control techniques during the next five years.

Russell, 42, who was hired on Nov. 1, 2010, has faced departmental review 11 times. He was suspended for five days for a conduct unbecoming violation in 2018. There is also a verbal reprimand in his file for discourteous treatment of a man investigated for disorderly conduct. During the interaction, Russell intentionally dropped the man's ID on the ground while returning it and then intentionally dropped on the ground a receipt for a baseball bat the man was carrying.

Russell was sued last year by Frank Prude, the brother of Toledo Councilman Larry Sykes. Prude alleged that Russell racially profiled him, cutting him off while driving a black truck then following him to his home, where two other officers joined him. Prude says he was terrorized during the incident and was given a ticket. His traffic citation was dismissed by the prosecutor. Prude's lawsuit was dismissed, in part, because it was filed past the two-year statute of limitations.

Prude sent in a detailed complaint to the department, but an investigation was not initiated because Prude never came into the station to sign his complaint. On Wednesday, he said he did not want to be interviewed, that he was still angry, but that he wanted to get on with his life.

Breeze, 39, who was hired in 2015, has been suspended on two occasions for a total of 38 days. He has been investigated for seven violations. A 28-day suspension resulted from abuse of authority, neglect of duty, demeanor violations. He was suspended 10 days for a detainee safety violation.

Officersdisciplined for actions during May 30 Toledo protest. Melvin Russell and Jeffery Breeze suspended for 75 and 120 days and given last chance agreement. #GeorgeFloyd #toledo #Protests #ohio

Mayor Wade Kapszukiewicz said that this discipline concludes the review that Safety Director Karen Poore has led during the past seven weeks to investigate the events that took place on May 30th.  He also thanked citizens for sending photos, videos and statements to the email address he established.

“The input we received from the public was invaluable in arriving at the discipline that was announced today,” Mayor Kapszukiewicz said.  “We are fortunate to have an excellent police department in Toledo, but we know that we can be even better.  The unprecedented system we created to investigate what happened on May 30th – a system led by Safety Director Poore and fueled by input from everyday citizens of our community – will help make TPD better, which is a goal we all share.”

Chief Kral stated “Police legitimacy cannot improve if departments fail at policing their own. I will ensure that officers are held accountable when their actions are found to violate department policies, and I will always support the hundreds of officers that positively represent Toledo Police.”

RELATED: 2 TPD officers at heart of protest investigations have history of disciplinary actions