Chief Kral has spent the last 14 years visiting schools around town in order to build relationships with students and play an active role in their lives. 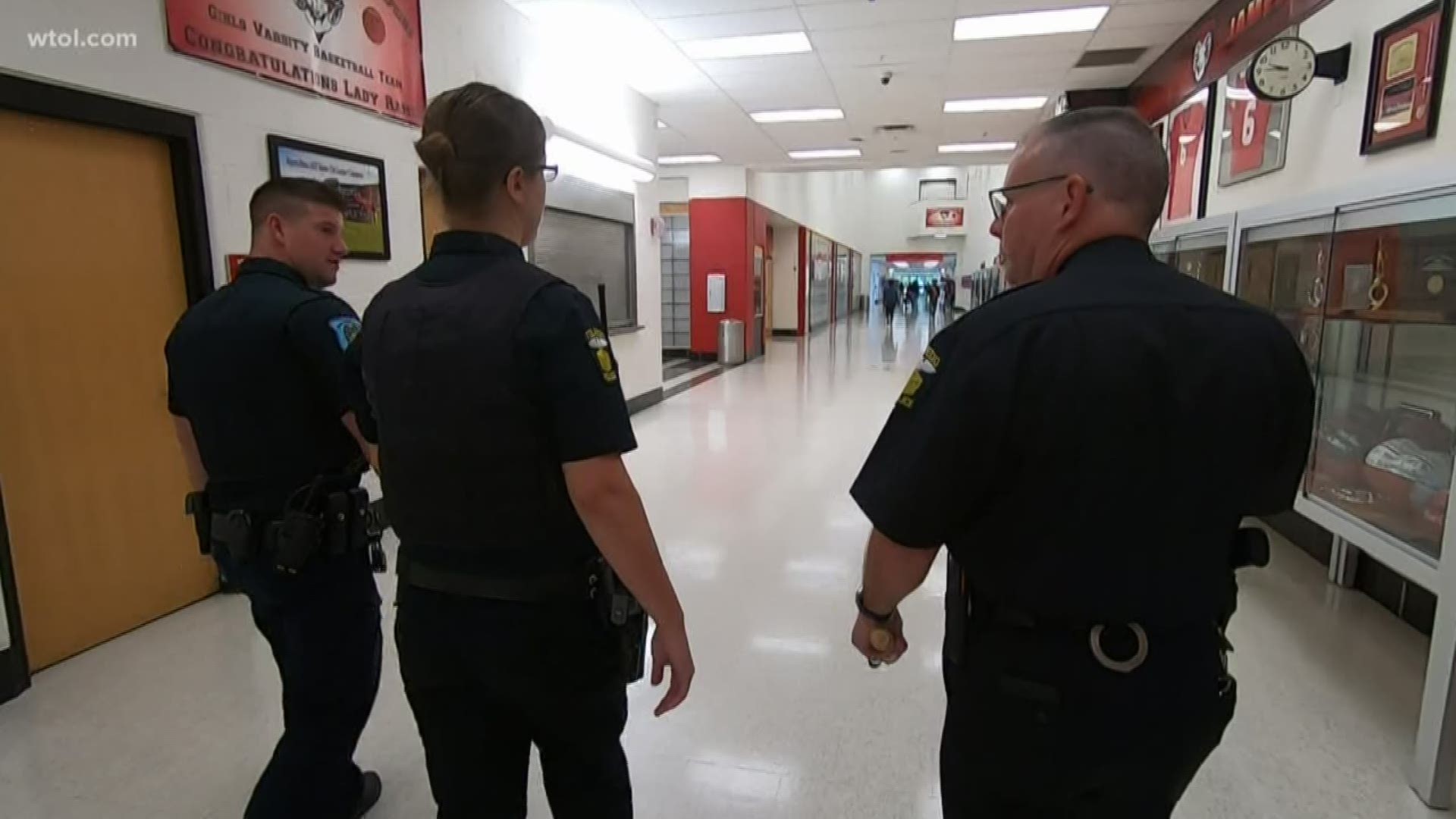 "If we get to the younger Toledoans, even younger than high school, let them know that we're not the enemy," Kral said.

To him, it's a priority to be in the schools and build a relationship between the students and officers. It's efforts like these that have helped the atmosphere in the schools change.

"I remember before there were school resource officers and officers were being called out here all the time. These officers now are handling what happens as they come in, but more importantly, they're stopping things from escalating to the point where there's police even needed," Kral said.

The officers in the schools are more than patrolling hallways and stopping fights; they are friendly with the students and exchange frequent high fives and fist-bumps with them.

According to the chief, school resource officers are invaluable.

"SRO and the TPS security and the campus protection officers, they're are out here building relationships, gaining trust, and that's really going to resonate throughout the community as these young people get older," Kral said.

The chief said he will continue to make these visits because it is his way of being hands-on in the process of building lasting relationships with the students.