Toledo police chief George Kral says most of the recent violent crime is tied to "drugs and gangs" but other factors like the pandemic are also playing a role. 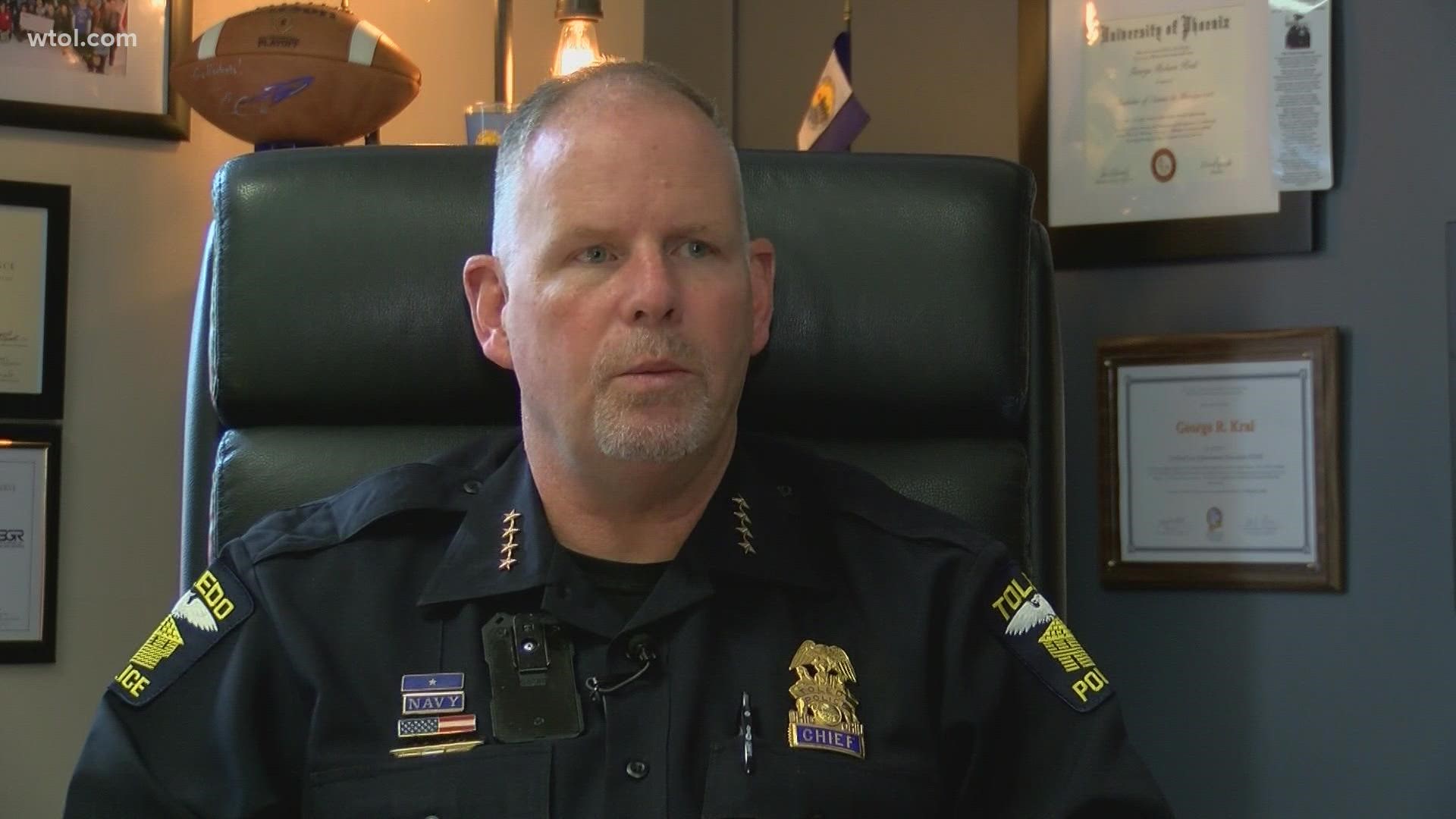 TOLEDO, Ohio — Violence has been as hot as the heat this summer in Toledo.

Mayor Wade Kapszukiewicz made waves earlier this week, stressing violent crime being down from 30 years ago and blaming much of the recent violent crime on gangs.

"We've seen a lot of our weapons violations have something to do with the nexus of either drugs or gangs," Kral said.

RELATED: 'They're comfortable with death' | Community activist talks how violent crime begins, and how to end the problem in Toledo

He says there are incidents, like the shooting in downtown Toledo earlier this month near Table 44, which do not involve either drugs or gangs. The mass shooting on July 4 injured 12 people that had no gang or drug affiliations. Some, he said, are just getting caught up in the violence in their neighborhoods.

"Not every crime committed by a gang member is a gang crime and I think that's an important distinction," he said.

While overall violent crime is down from the 1990s, Kral believes the recent rise in shootings and homicides does involve more than just crime. He knows COVID-19 might seem like a convenient excuse but he says it has played a role.

"We're not meant to be told we can't go see our friends and friends, we can't hang out with our buddies," he said. "So that along with the shuttering of the economy, the courts slowing down because of trying to keep people healthy, I think that's a huge factor in the crime rising, not just here but everywhere."

And crime has been the talk of the mayor's race lately. Kral says safety is always a top priority for a city but he stands by the statement that Toledo is a safe big city, despite what some candidates may be saying.

"It's a convenient platform to run on right now," Kral added, "because everybody is caring about gun violence and violence across the country."

RELATED: VERIFY: Yes, overall violent crime levels in Toledo are lower today than in the mid-90s, though certain categories are much higher

“It’s a challenge right now. Morale and keeping people motivated to come to work is very challenging.” @ToledoPolice @gkraltoledo sat down with me to talk the rise in violence and how the men and women on the force are handling their day-to-day duties. #Police @WTOL11Toledo pic.twitter.com/QkCV3exhwC

Other challenges like staffing and morale have impacted the department.

"It's a challenge right now," he said. "Morale and keeping people motivated to come to work is very challenging."

Kral says a lot of cops feel burnt out and nervous when they clock in for their shifts. The current climate around Toledo and much of the country has put police in a difficult light to do their jobs.

Many young cops have left Toledo Police for smaller departments that may pay more with a fraction of the work. And a lot of veterans are retiring earlier than expected.

Kral stressed it's his job to motivate his officers and put them in the best position to feel supported and prepared to do their jobs the best they can. But the day to day is not easy.

"We're living and policing through the defunding the police rhetoric by some elected officials. Officers are being challenged on the street every call for service, every traffic stop, they're having cameras thrown in their face, they're being goaded into doing or saying something that is inappropriate."

That is the reality many officers are facing on every shift.

Kral has emphasized that he needs more officers and they will be hiring 50 more by the end of the year and another 40 by next June. 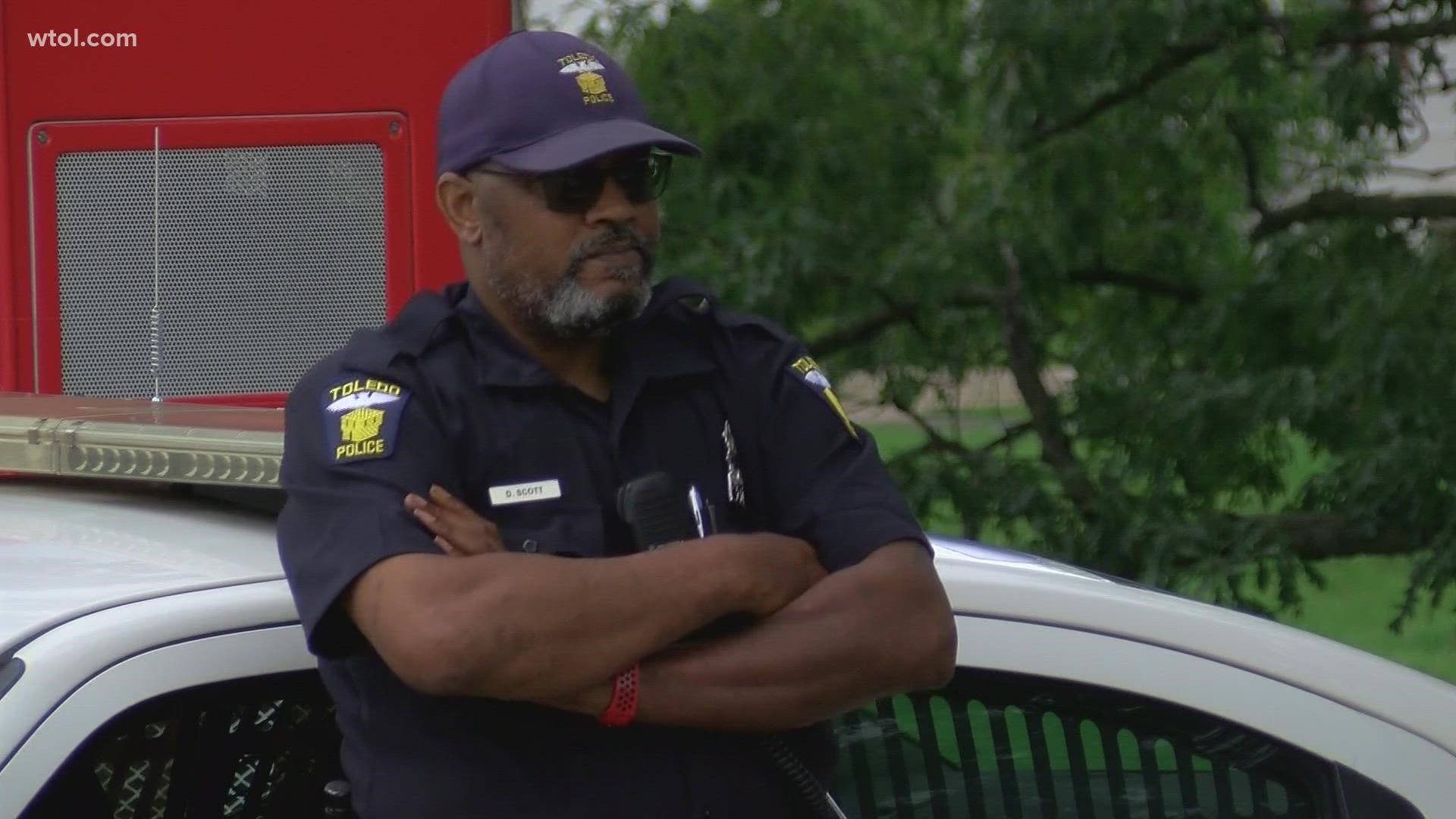