Toledo Police and Fire went head-to-head Thursday in the annual battle of the badges. 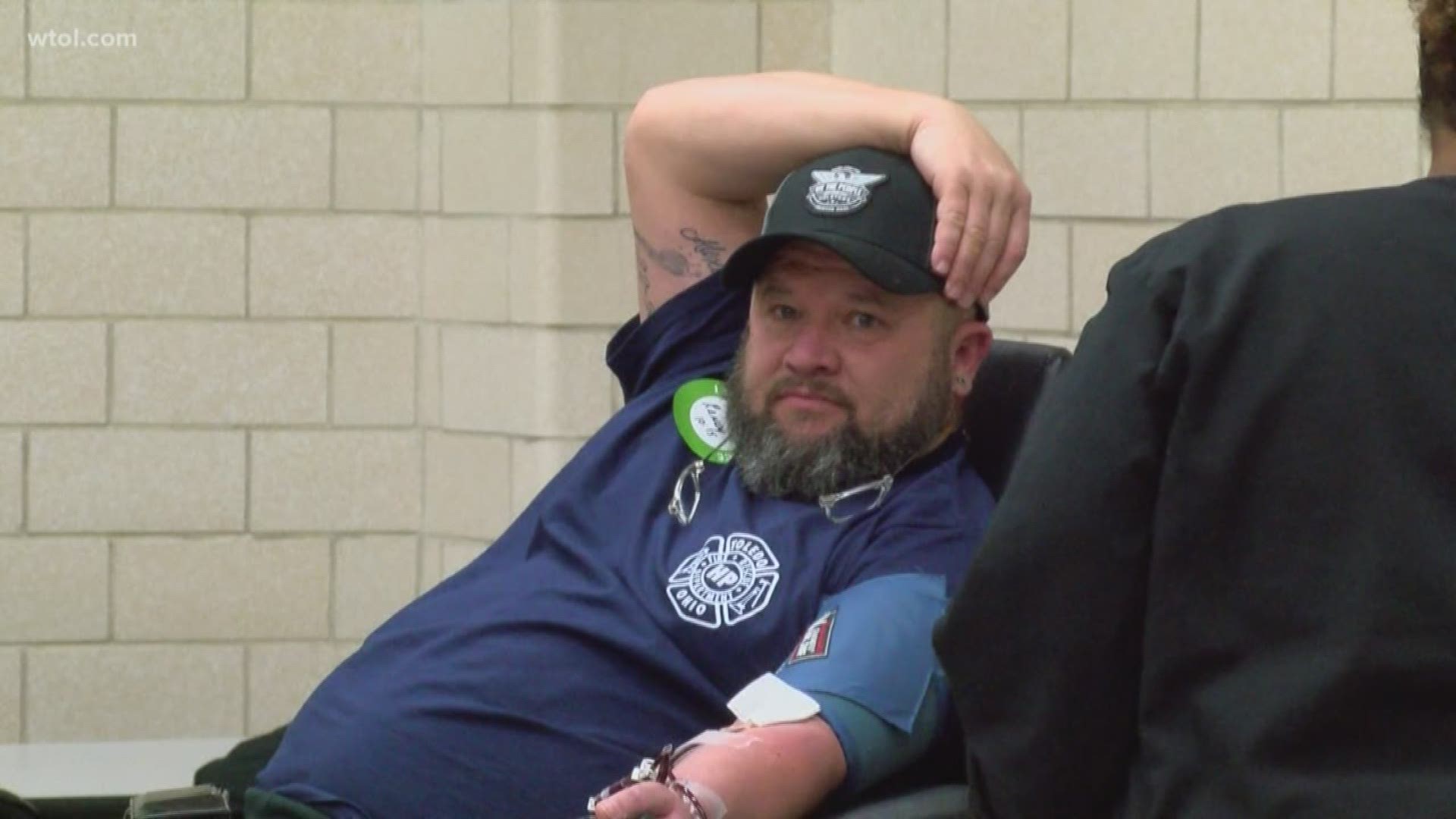 TOLEDO, Ohio — The battle is on between Toledo Police and Toledo Fire in the Battle of the Badges blood drive.

It was the fourth annual blood drive that the police and fire department hosted, sponsored by the American Red Cross.

Each year, hundreds of people show up in support of the local departments

One local who donated, was proud to help fill the need for blood and it was his 114th time donating blood.

"Just help out society. It started when I was in the military carried on from my days at work and I'm retired, but I still donate as much as I can each year," said Toledo resident, Gregory Janatowski.

The vote tally between the two department were close all day and switched off for who was in the lead multiple times, but as of 2 p.m. the leaders were Toledo Fire by one point.

This is not the first battle they have had.

The department had their Battle of the Badges hockey practice earlier this week.

They will face-off on the ice Saturday, December 7, at the Huntington Center ahead of the Walleye Game.