Residents and businesses we spoke to say they're in favor of a mask mandate if it will keep them open and stop the increase in new COVID-19 cases. 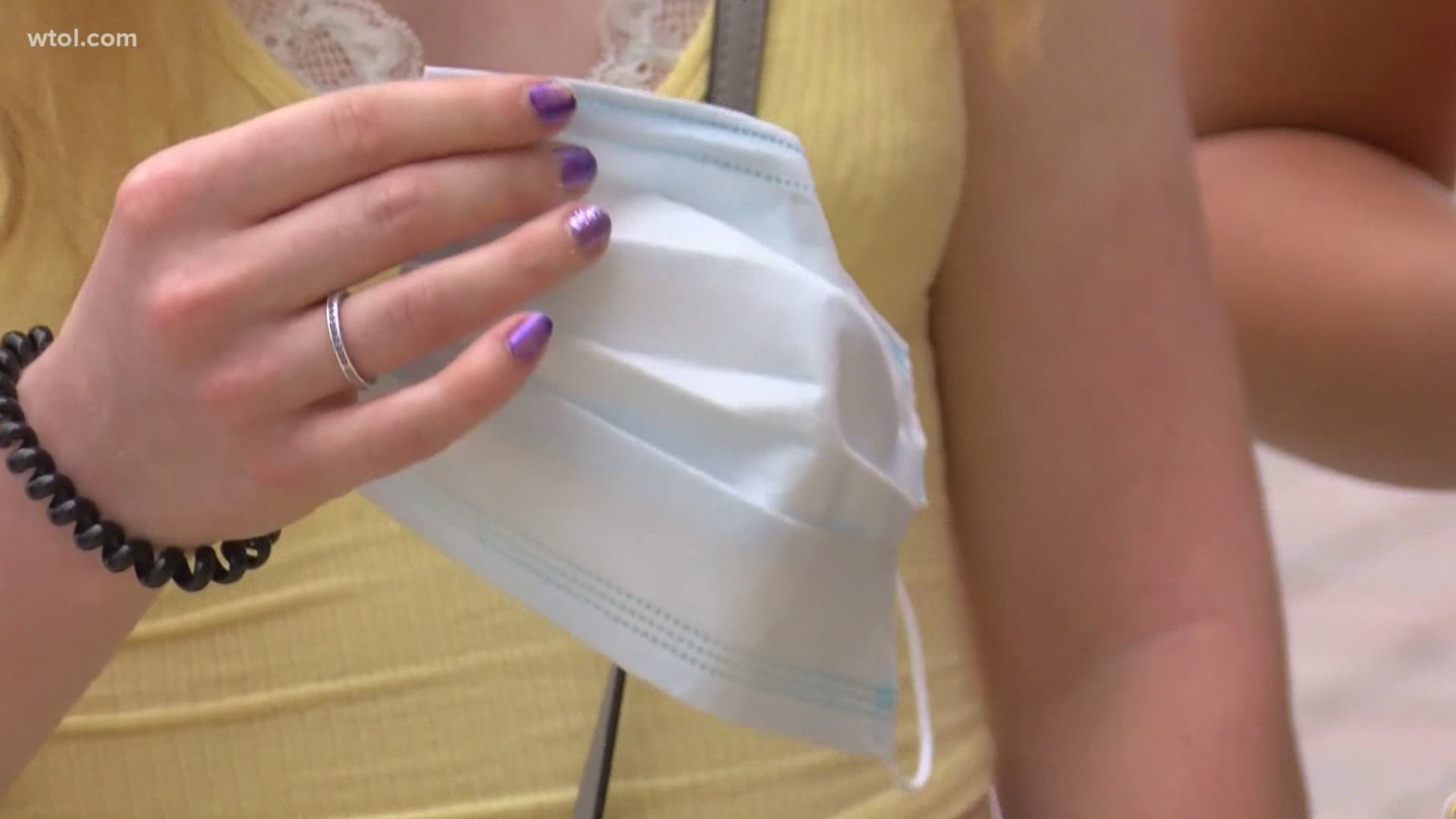 TOLEDO, Ohio — The Mayor of Toledo is calling on City Council to make masks mandatory in the city.

Mayor Wade Kapszukiewicz wants them to be required while in public spaces. While his order does not carry the force of law yet, citizens and some businesses think it's a good move.

"I think that it's actually a good idea since the numbers are going back up," Toledo resident Devante Northern said. "A lot of people are kind of, it's like half and half so far right now, so I think it's a good thing so the numbers can go back down."

Northern added he's still mostly getting takeout and keeping his distance. He said it worries him when he sees more than 10 people close together with no masks, so it's good the city is being proactive

"Seems like people they seen other stuff open up and that's when they dropped masks, gloves, hand sanitizer," he said. "Everyone was really serious at first and then when things started opening back up it's like they forgot kind of."

Businesses have had the choice since reopening in May to require or not require customers to have them. If passed, the mandate would require people to wear masks even to bars and restaurants except when eating or drinking. But managers at places like The Blarney believe it's a good idea.

"I think people are getting used to the mask," managing partner Bill Kline said. "I mean it's right in front of us. Obviously with City Council voting on it hopefully this Tuesday, we'll have a clearer picture on what we can do moving forward."

Mayor Kapszukiewicz stressed in a statement Thursday the following: "Masks will save lives, and every day matters. Given the choice of a mask or the risk of hospitalization and further economic pain, I am certain Toledoans will choose to wear a face covering."

RELATED: Toledo mayor declares masks to be mandatory in all public places

RELATED: Starbucks to require all customers to wear face masks