The Toledo-Lucas Co. Health Dept. held a press conference Monday addressing the recent increase in coronavirus cases locally and across the state. 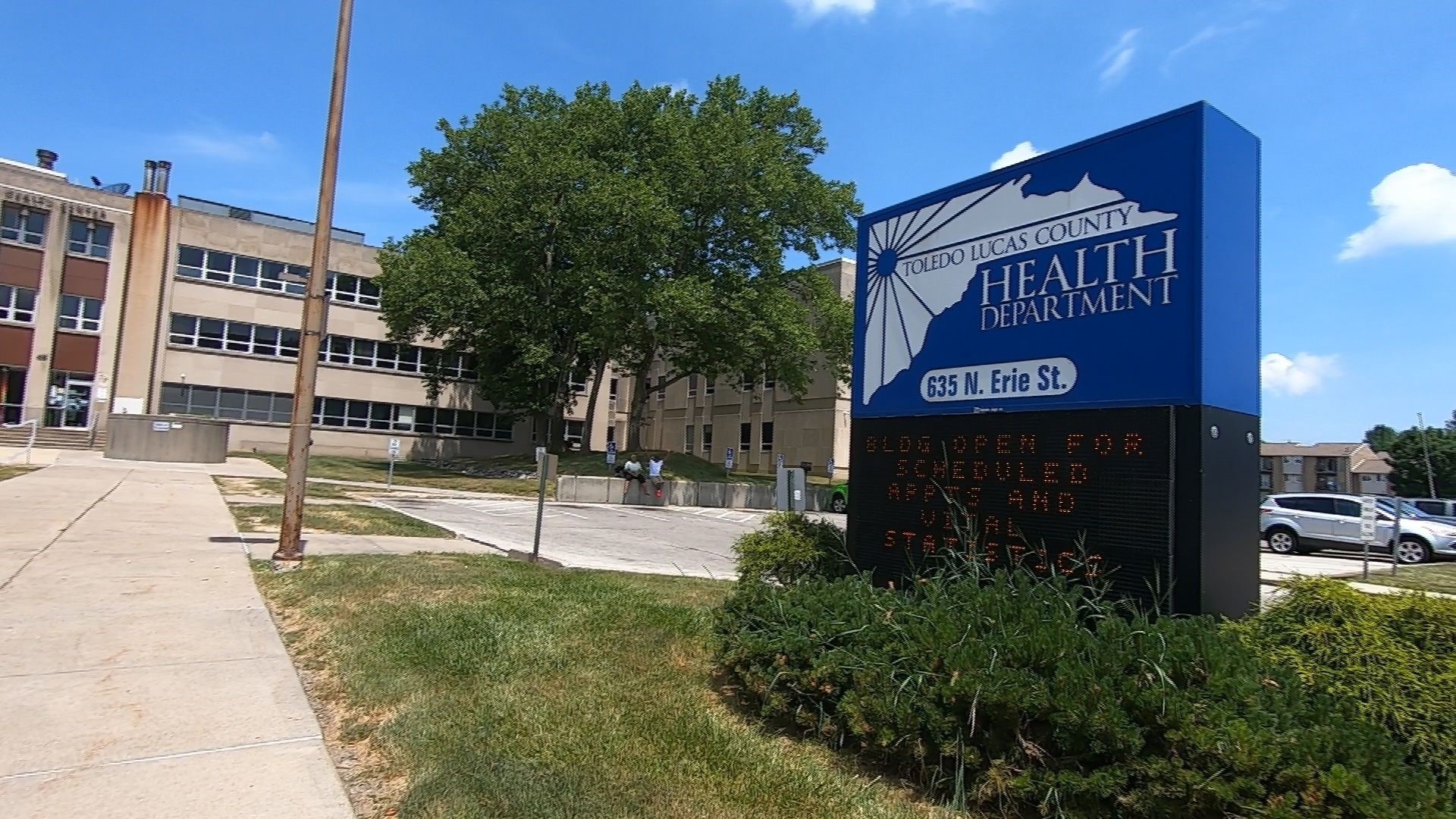 Leaders gave insight into what the health department's response could be if cases were to continue increasing.

Toledo-Lucas County Health Commissioner Dr. Eric Zgodzinski explained that the three best ways to prevent the spread of the virus are time, distance and shielding. This means, residents should be aware of the amount of time they are around other people, the distance they are maintaining (experts suggest at least six feet) and shielding your mouth and nose with a mask.

The virus is still out there and is actually increasing, he said, especially among the younger age groups. But, why is that?

Zgodzinski said he believes that going back to work is a factor, but also that these age groups are more likely to get out and try to get back to normal life by gathering together more often, especially at bars and restaurants.

He said that if we all stay diligent and keeping up with the time, distance and shielding, that we can all safely go out and do some of those things. However, Zgodzinski said he hasn't seen enough of those precautions being taken.

He noted that fortunately, the county has not seen many severe complications in these younger cases. However, health department leaders have had to reach out to family members of these young people testing positive, who have then gone on to test positive themselves, with some of them being older and at a higher risk.

"It's a domino effect. Where, you know, we have a younger population that goes home and maybe visits mom and dad, grandma and grandpa, and then we have some real concerns," Zgodzinski said.

Zgodzinski said that the University of Toledo has been doing a great job with contact tracing and applauded them for their support.

Just over the last week, several hundred names went to UT researchers for contact tracing and Zgodzinski said that other counties have looked toward Lucas for how to increase their own capabilities.

As of right now, there are about 100-150 contact tracers that can be utilized with back of support of about 25-30 individuals.

Zgodzinski said that at this point, it is a lot more difficult to contact trace than it was when people were following the stay-at-home order.

With much of the economy reopen, there's a large number of people an infected individual could have come into contact with, especially in a setting like a busy bar or maybe in a store.

Zgodzinski said that the governor is looking at county-by-county data to make those decisions at a localized level, so it isn't completely out of the realm of possibility that certain businesses could begin to shut down again.

However, this decision would only be made if the area were to become a hot spot and with conjunction with state leaders.

Zgodzinski said that local leaders do have some ability to make these decisions on their own, but there is a long legal process that makes it a little more difficult to do so. Northwest Ohio health departments are mostly turning to the state for guidance on any future orders or health advisories.

Zgodzinski said that his colleagues in public health have been having conversations on the possibility of a mask requirement. Health leaders are looking at a number of factors and are ready to work with the governor should county numbers get to a concerning level.

While masks are required for state workers, many people have called to report businesses not complying. Zgodzinski explained that many of those people may be exempt, but others may be stretching it.

Zgodzinski said the health department does follow up on these businesses and his team works to convince them that wearing a mask is best for both their employees and their customers.

Zgodzinski encouraged people to wear masks when possible as it is one of the best ways to stop the spread of the virus and will help keep people safe and Ohio's economy open.

Ohio overall has seen an increase in positive cases over the last week, and much like Lucas County, many of those especially among the younger population.

While it's true that Ohio has greatly increased testing, Ohio Gov. Mike DeWine said last week that testing was not entirely to blame for the influx of cases. Other metrics, including a recent age reduction in coronavirus patients and more hospitalizations indicate that the virus is still spreading through Ohio communities.

For reference, back in March, the average age of coronavirus patients in Ohio was 51-years-old. That average age has now dropped to 42, with almost 60 percent of cases being in the 20-49-year-old range.

DeWine cautioned that when looking at these numbers, it is important to remember that the data is a few days behind. The data he showed Thursday was dated for June 23. The number of tests completed on that day were 17,091. DeWine said this is better, but still not where we want to be.

DeWine said that testing is key in fighting the coronavirus and combating its spread.

The positivity rate is holding at 5 and has generally stayed between 4 and 6, even with the recent increase in cases.

However, with people ages 20-30, that percentage is actually on the rise.

throughout April in May, just about 10% of young people between the ages of 20-30 were testing positive. Then, in June, the rate of positive tests went down. Dr. Richard P. Lofgren of UC Health in Hamilton County said this is the type of result you would generally get from increased testing, as more people without symptoms get tested you'd expect the number of positive results to go down.

However, in the late part of June, that number has begun to increase again, with 14% of tests conducted on people aged 20-30 yielding a positive result.

RELATED: How Ohio's COVID spike is different from the south's