Toledo Humane Society rescues more than 30 pets found stacked in cages, tied to kitchen cabinets and hidden in a wall

Courtney Schroyer, a cruelty investigator, says they will soon find the animals forever homes and file cruelty charges against those responsible. 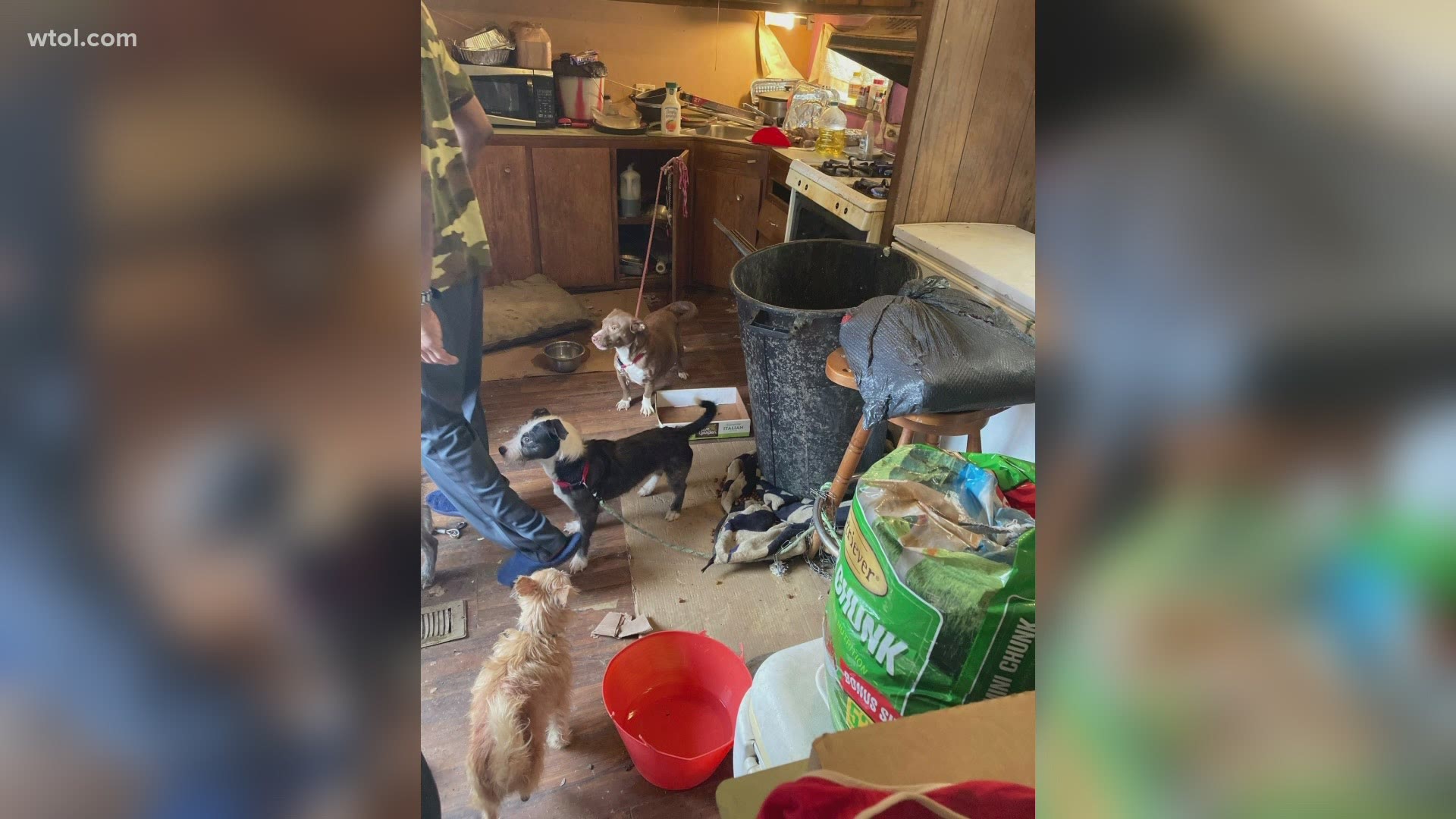 TOLEDO, Ohio — More than 30 animals are on their way to finding forever homes after they were found living in deplorable conditions.

The Toledo Humane Society in Maumee now wants criminal charges brought against the owners after rescuing 35 pets over the weekend following an anonymous complaint of animal cruelty.

"Once we were in there we just realized how bad it truly was. These animals were filthy and covered in fleas. We found a litter of puppies hidden in a wall that they tried to hide from us," said Toledo Humane Society Cruelty Investigator Courtney Schroyer.

THS posted photos from the rescue and the conditions the animals were living in.

There were cats stacked in cages, dogs tied to kitchen cabinets and puppies hidden in the wall under a plastic bag.

"When they came in, there were cockroaches running out of the kennels that they came in that were obviously on the animals. There were a lot of fleas. Flea dermatitis, hair loss from fleas. One dog had a lot of scarring from bite wounds on her face," said Anna Brown, a staff veterinarian with THS.

The animals, picked up on Friday, have been treated, vaccinated and are now living comfortably as they are readied to find forever homes.

Initially, the number of animals rescued was 30. But with Aurora, a pregnant dog, having 5 puppies Sunday night, that number has now grown to 35. And it's expected to continue to grow with some cats more than likely expecting kittens.

It's a large number of animals coming in all at once, which can put a strain on the staff.

"So a lot of our time is going to be spent taking care of these animals. People can help by donating food, blankets, really anything helps," said Schroyer.

Animal cruelty charges are expected to be filed this week.

The pets will be up for adoption in the next few weeks.

"I look forward to them going to homes where they can have proper husbandry as well as a proper bond with a human and attention," said Brown.

You can make a difference in these pets' lives by donating to the Toledo Humane Society by either stopping by at 827 Illinois Ave. in Maumee or visiting toledohumane.org/give. You can also call 419-891-0594.