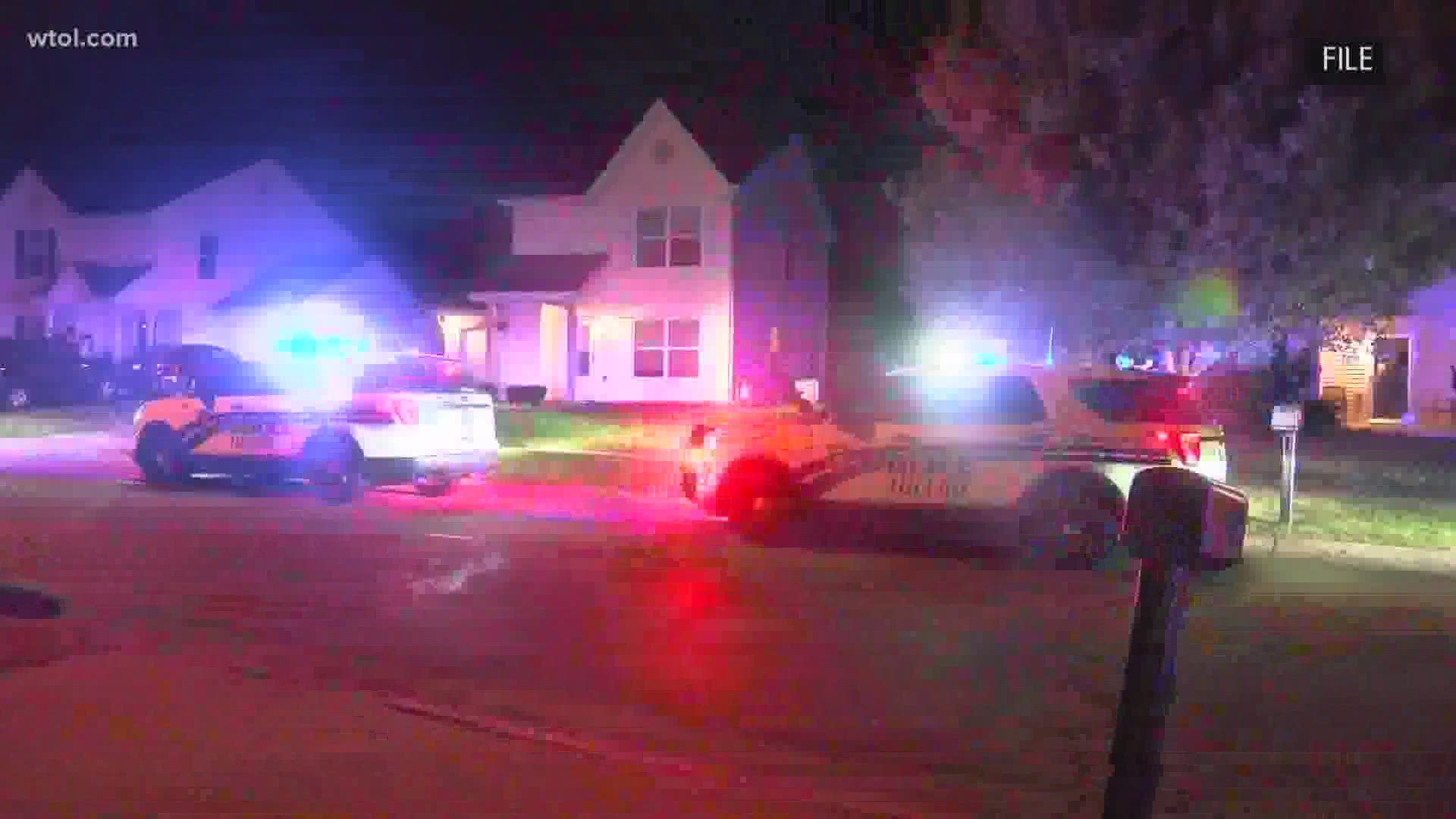 TOLEDO, Ohio — With gun violence and resultant homicides on the rise for the city of Toledo, Mayor Wade Kapszukiewicz and Toledo Police Chief George Kral joined for a news conference Tuesday to examine the results of last weekend's Operation Red Zone program and declare gun violence a public health crisis.

In declaring the public health crisis, Kapzukiewicz also unveiled the city's approach to resolve it, selecting Chief of Staff Katy Crosby to helm the effort, along with Legislative Director Gretchen DeBacker.

Crosby, for a dozen years before she came to the city, worked with Dayton's Human Relations Council to drill down to the causes of social inequality. She will be leading the charge on the city of Toledo's efforts to fight the public health crisis that is gun violence and focus on the methods to strengthen the social framework of the city.

Community, service and public safety are the three pillars Crosby and her team will focus on.

"We are refocusing our attention on gun violence as a public health crisis. We will be using data to drive how we will address the neighborhoods that are being affected by this," Crosby said.

Crosby said that the city will be working with the health department and the community "to change those community norms about gun violence."

The services aspect will involve both mental health services and job placement services.

"The quickest way to stop a bullet is with a job," Crosby said.

She also said that service extends to making communities look better, cultivating in people who live there a sense of pride in their community, which then extends into wanting to keep that community safe. This will be done in partnership with the city and neighborhoods department, Crosby said.

Social services also will be involved by helping streamline the process for people to obtain the help they need and making sure people have advocates to see them through.

Crosby discussed people who are known as  "violence interrupters." These people are not law enforcement personnel but people within the community who are well known and respected who help to keep communities safe. They are not informants and they are not reporting to the police, Crosby stressed, but are involved as part of the solution to identify problems in the community.

Another aspect of the plan deals with interventions with victims of violence, extending to being present in hospitals when victims are recovering from violence. Major local health care systems are already on board with this process.

The city's plan is being modeled on the Cure Violence Global model, which can be viewed at cvg.org

"This is a community effort. We are not reinventing the wheel. We are just providing better coordination and seeing where we can strengthen the process," Crosby said.

Kapzukiewicz said that he was pleased with the results of the weekend's Operation Red Zone, which saw two shootings during the holiday weekend and no homicides, but stressed that one good weekend does not outweigh the systemic issues that he says lead to the public health crisis of gun violence.

"We will never eradicate gun violence unless we focus on those root causes, those social determinants, what's really going on in the lives of too many people in our community," he said. "Lurking below the surface are the social realities that many of our citizens face. Someone only turns to gun violence when he or she feels hopeless. I think hopelessness is what causes someone to believe that violence or gun violence is the only tool at the person's disposal. What feeds into that hopelessness is inequalities in housing, investment in neighborhoods, job training, the judicial system. It all builds and leads to the hopelessness that leads to gun violence."

Kral pointed to the success of Operation Red Zone over the weekend as one on which he'd like to build. He deemed the operation a success, noting that there were six weapons-related incidents that were screened with the ATF and two of the offenders were charged federally. The threat of being charged federally was likely enough to keep would-be offenders at home, he said.

"I think the criminal element in Toledo realizes there will be consequences for decisions. If that thought process keeps people inside the house, then I'm all for it. The partnership we have ... the four days of the Red Zone program is done. But that tdoes not mean that we aren't going to stay in collaboration with federal prosecutors," Kral said. "We have a fantastic relationship with our county prosecutors (too). This just is not a law enforcement issue, this is a community fix. This is going to be a group effort."

Health Commissioner Eric Zgodzinski said that gun violence is a public health crisis because it involves the entire community.

"It is a complex and ingrained problem," he said. "It takes us as individuals, as a community, as schools, we all play a role. We have to accept that role to curb gun violence."

According to police, Vashawn Carrington is the son of Christopher Carrington, a homicide victim from March of this year.

Tyler Jackson was the victim of Toledo's 40th homicide of 2020.

After that shooting, Kapszukiewicz issued a statement, saying, in part, "The shooting that occurred last night at Avondale and Brown avenues isn’t just another grim statistic in a year that has been filled with them; it is an indication of just how broken the fabric of community has become in too many neighborhoods in our country."

Toledo isn't alone with its epidemic of shootings. Ohio Gov. Mike DeWine has used his semiweekly news conferences to condemn gun violence across the state, highlighting the deaths of children such as Jackson as the most heinous outcomes.

At the end of August, after a span of 16 days when at least 56 people were shot, including 17 killed, DeWine renewed his call on state lawmakers to pass his gun reform package that includes stronger penalties for those who are illegally carrying a firearm or providing guns to minors.

Continued Gun Violence: From Friday through Monday, at least 25 people were shot across Ohio, 13 of them killed, including a 14-year-old boy. https://t.co/G3uQ5TyA9D pic.twitter.com/cIXg2qYIOv