"I would never knowingly let the flag go up in smoke or be desecrated in front of me if I can help it." 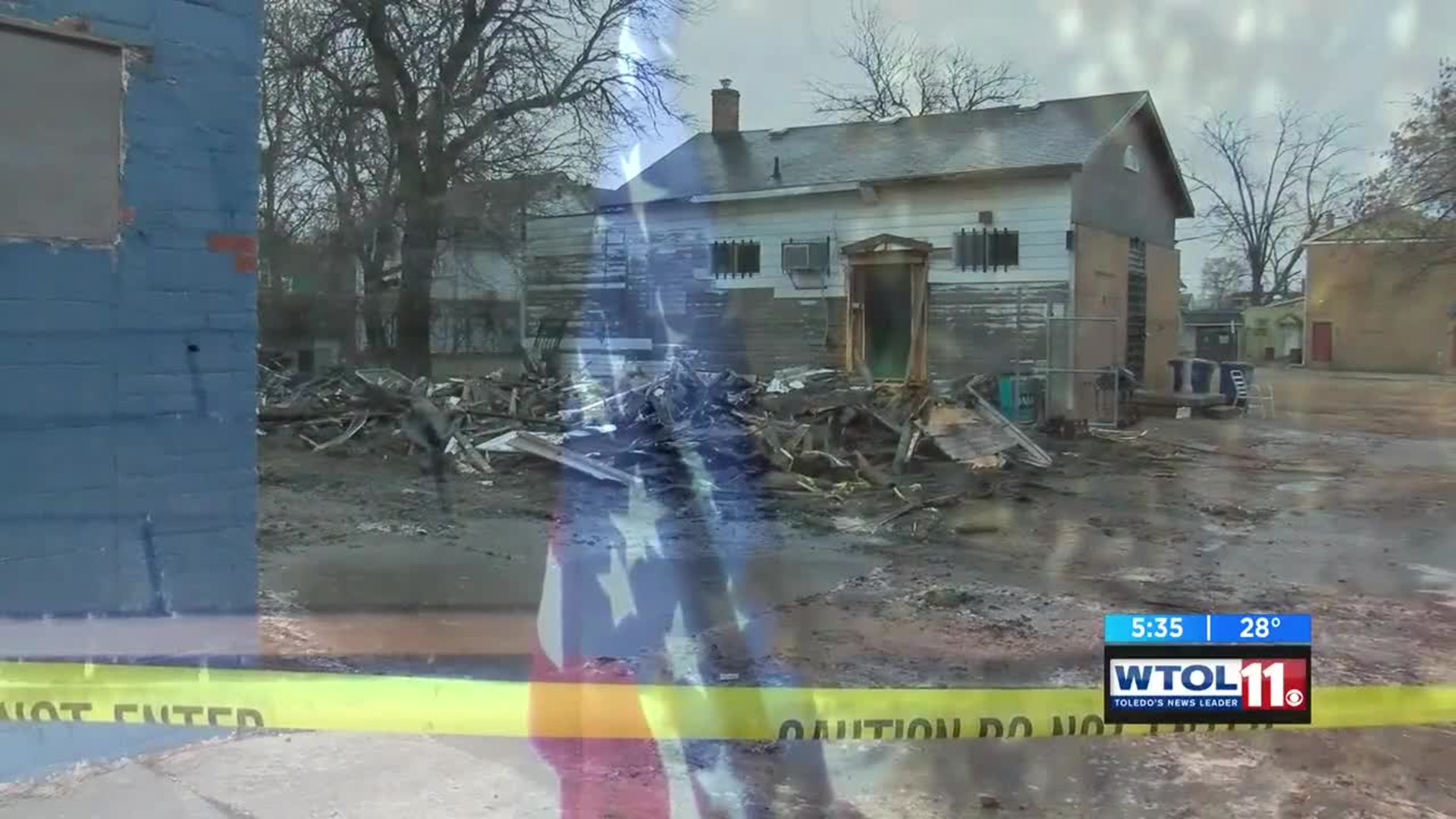 Photojournalist Joe Cromer captured the moment a Toledo firefighter went beyond his call of duty to prevent an American flag from being consumed by the inferno on Junction Avenue on Friday.

Toledo Firefighter Allen Skomer recalled the instant he spotted the flag - and then instinct kicked in.

"I was helping one of the rookies throw a stream in between those two structures, to keep that second structure from burning," Skomer said. "That's when I noticed the colors waving with the flames behind them.

Christy Depp, friend of the homeowner, said the her friend routinely displayed and cared for the flag that flew on his house.

"That was a brand-new flag. He took the old one down and took it back and they gave him a brand new one," Depp said.

Skomer said it was just instinct to rescue the flag, even during the chaos of the 1 a.m. fire scene.

"I would never knowingly let the flag go up in smoke or be desecrated in front of me if I can help it."

His quick actions saved the flag, and just in time.

"I think shortly after ... the roof became fully involved and it collapsed on itself," Skomer said. "We were able to save the adjoining structure. So I believe the flag got put back in there so the owner can keep it."

Depp, the homeowner's friend, had praise for the community-minded resident, whose home ultimately was destroyed.

"Bob's a good man to the community, to us. He's a veteran," she said. "A lot of the homeless that walk up and down the streets, he feeds them. Cook for them and everything and never turned nobody down, nobody down He did a lot for us.

“Patriotism is something that I think is overlooked these days. That flag is the core symbol of our citizenship and we should be thankful for the freedom and what that flag represents,” Rahe said. “It’s a proud moment. Respect for the flag runs deep within our department. It’s a great moment for Al to take be able to respect the flag and do what he did. What you saw in that video is who he is.”

The house was a total loss.

“Even though he lost his place, the colors he can keep,” Skomer said.