Officials with TFRD say they aren't any more concerned than they would normally be about at-home fireworks displays this year. 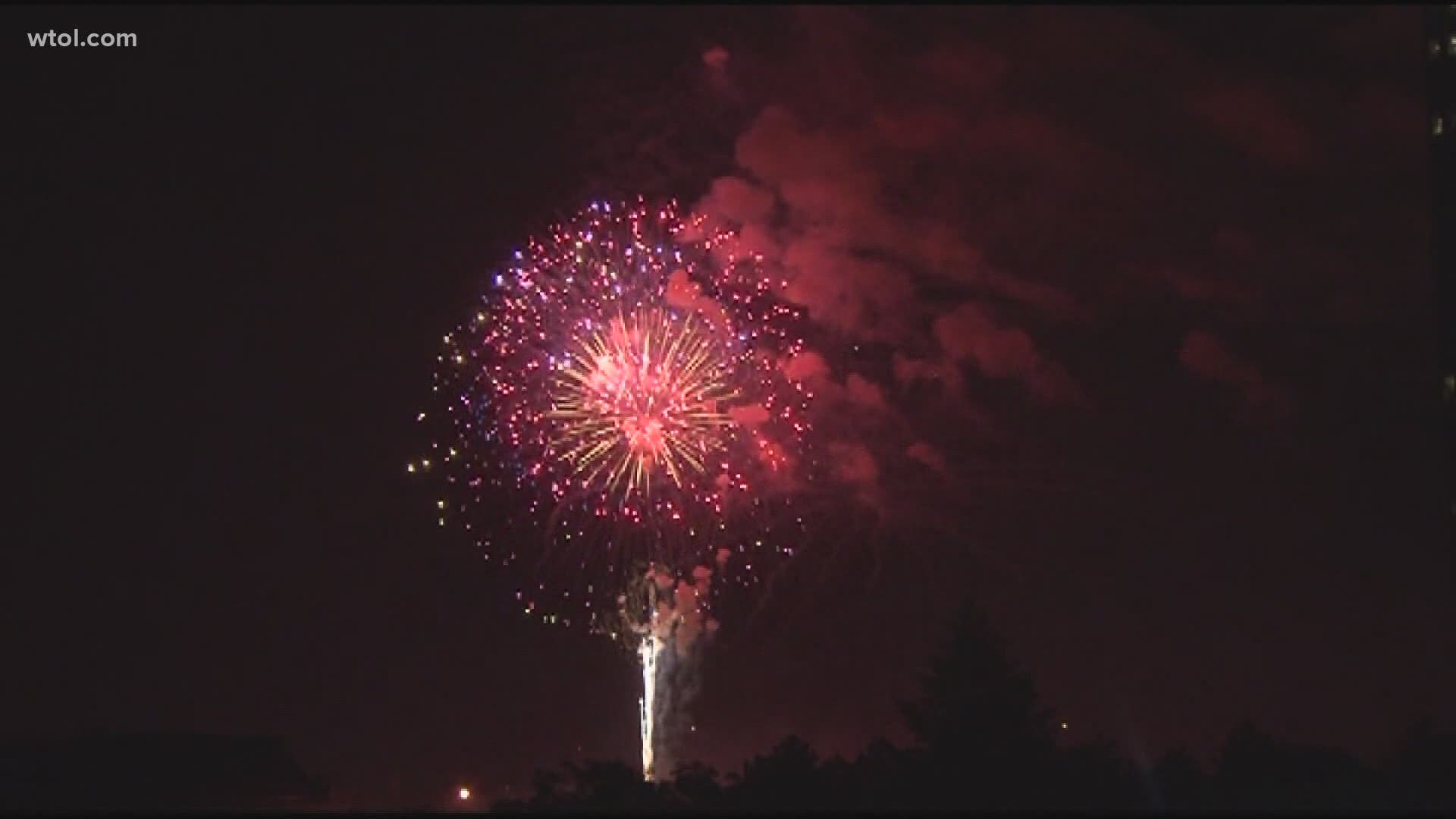 TOLEDO, Ohio — While most things are back to normal this summer, the Toledo fireworks display will not be happening this July. A city spokesperson says the display was cancelled due to a firework shortage.

Officials with Toledo Fire and Rescue Department say they aren't any more concerned than they would normally be about at-home fireworks displays, but want to make sure if you're going to do it, you do it safely.

"If you're going to use fireworks, make sure they come from reputable businesses. Don't buy things out of the back of people's trunks," said Pvt. Sterling Rahe with TFRD.

Children should not be around when lighting these off either. Toledo Fire has seen recent situations where teens have died due to firework accidents.

Certain novelty items, like sparklers and smoke bombs, are legal and can be a safer option. But they are still dangerous and should be used with caution.

"A sparkler, most people think it's a very benign thing and won't hurt anyone, but sparklers burn up to 1,200 degrees," said Rahe.

There is no exact data from Toledo Fire regarding how many situations they respond to that are the results of illegal fireworks being lit off. However, officials say it's a problem every summer regardless of if there are public displays.

The good news is many area cities, like Maumee, Perrysburg and Bowling Green, are planning on having July 3 fireworks displays. On top of the that, the Maumee Perrysburg display will feature two more trailers of fireworks.

"Because it was cancelled last year, we negotiated with the provider. And this year instead of having four trailers of fireworks which they usually have, they're going to have six," said Maumee Mayor Richard Carr.