A large animal vet was needed to assist an incident in north Toledo involving a downed horse. The result was an unfortunate outcome. 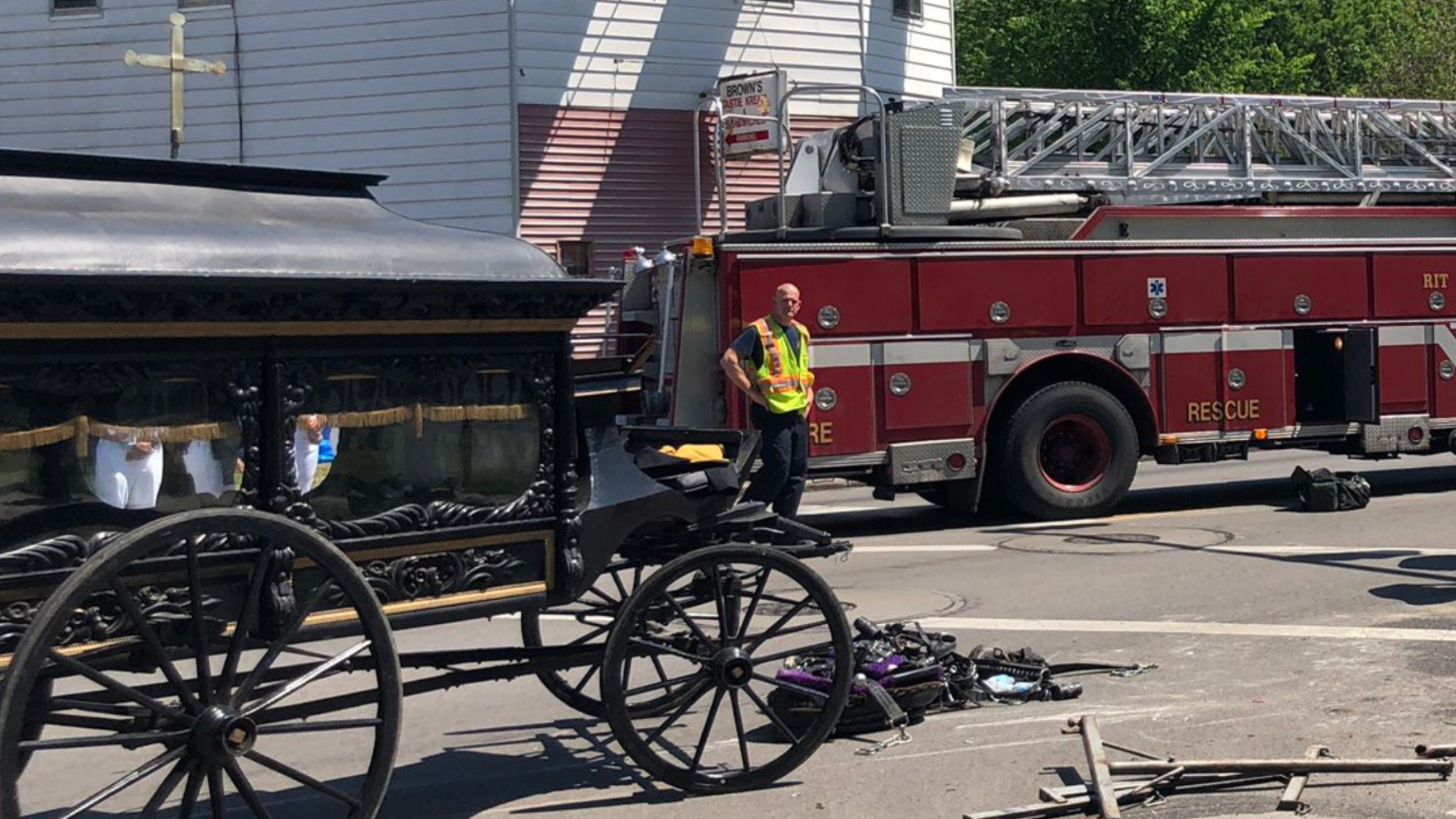 TOLEDO, Ohio — According to Toledo Fire and Rescue, a call was placed Tuesday afternoon for rescue of a large draft horse that was down on the street at the intersection of N. Detroit and Oakwood in north Toledo.

Toledo Fire and Rescue sent a Tweet tagging local media outlets to assist in finding a large animal veterinarian for help with the situation.

A large animal vet responded to the call and evaluated the injuries to the horse. The determination was made that the injuries sustained were too severe and required the horse to be put down on the scene.

The draft horse was part of a pair pulling a hearse for a funeral.

TFRD says that balloons were released and hit power lines, which spooked the horses and caused them to begin running. One of the horses broke free of the carriage, causing her to hurt her leg.

The horse then ran into traffic and was hit by a Dodge Ram truck.

The horse was euthanized by a vet.

There were no injuries to civilians and the second horse was unharmed in the incident.

Detroit and Oakwood was closed down for about four hours until the intersection could be cleared.

Toledo Fire and Rescue thanked the community, media and responding vet in a Facebook post and offered condolences to the owner and the surviving draft horse.