The outing was a nod to how Mitchell Prater strove to live his life: by helping others and having fun. 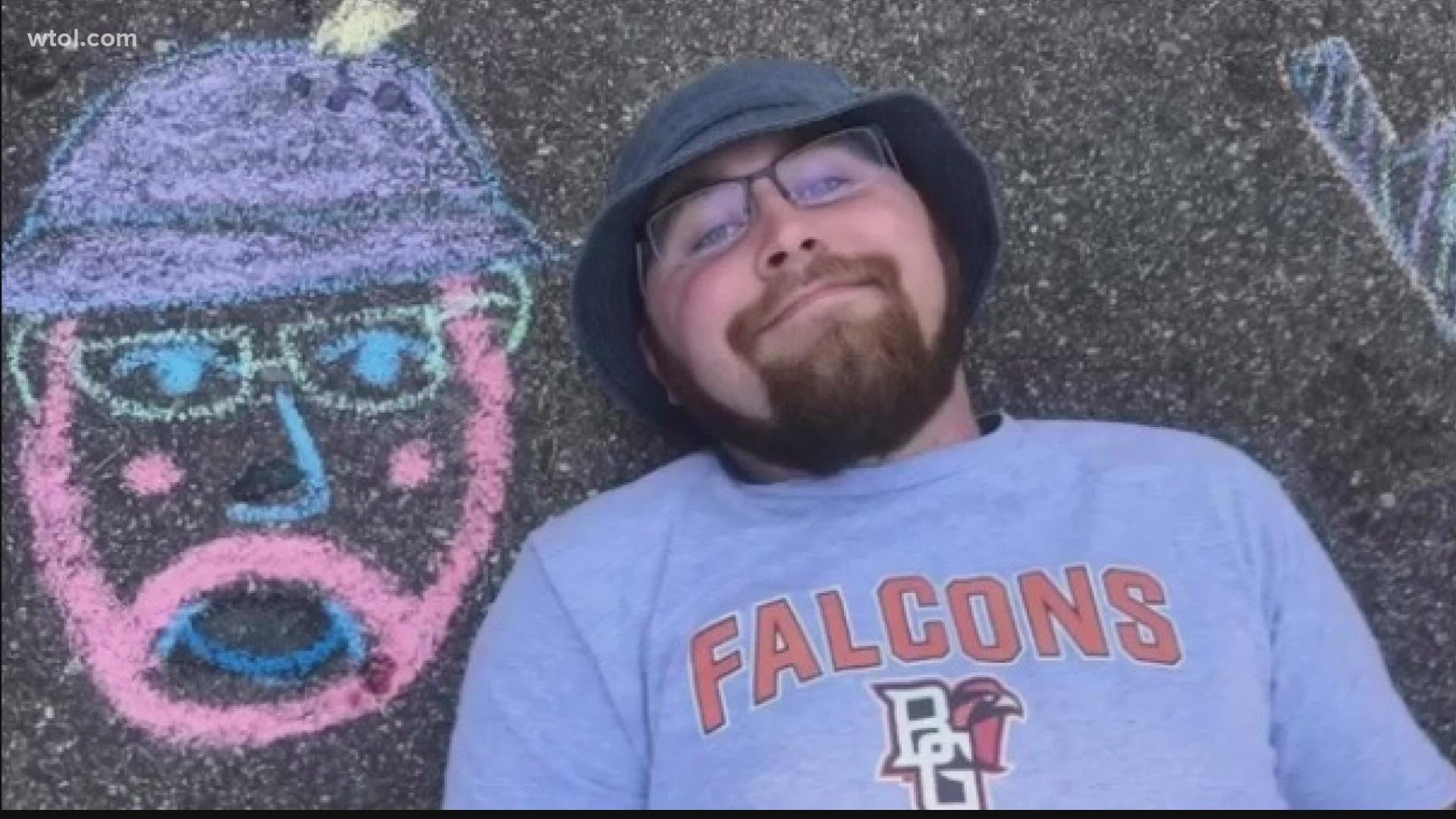 TOLEDO, Ohio — The Prater family turned the loss of their eldest son Mitchell Prater into a gain for children and adults with disabilities.

To honor Mitchell, who was only 24 years old when he passed away from an inoperable brain tumor, his family created a golf outing to raise money for Indian Trails Camp in Grand Rapids, Michigan - Mitchell's "happy place."

Mitchell's family thought the outing would raise a few hundred dollars for the camp, but they were pleasantly surprised to find out they were wrong.

The outing was a nod to how Mitchell strove to live his life: by helping others and having fun.

"He just had fun. That was what he wanted to do and he wanted everybody else to have fun," Mitchell's mom Kathy Prater said.

Streng smiled at her first memory of Mitchell.

From there, they became close over their love of helping children and adults with disabilities. Streng said Mitchell was the kind of person you could come to with anything and he would help. He'd make you calm and keep you laughing.

Streng said anyone who knew Mitchell knew what it was to feel friendship.

"I looked at him and said, 'you have a million best friends! Like, you made me feel so special every single time that I talked to you. Every time I was with you' and I was like, 'I don't feel so special anymore. Because everyone is your best friend,'" Streng joked.

Streng echoed Kathy and Brad's praises of the funny and fun Mitchell. She explained that his laugh echoed and was contagious and he followed the beat of his own drum. Kathy explained that she wanted both sons, Mitchell and his younger brother and best friend Matthew, to do their own thing.

Though Michell was diagnosed with an inoperable brain tumor in March of 2020, he was able to complete his Masters in Social Work at Bowling Green State University. Though his health slowly declined, the family said that didn't stop them from having fun during what they were told would be his last two years.

Both Brad and Kathy Prater are still grieving, having lost their son in December 2020, only nine months after the diagnosis. But they still find reasons to smile. The couple didn't realize the lives Mitchell had touched.

But after his diagnosis, his friends hosted a 300-car drive-by parade for him. They created the Mitchell's Project Facebook page to support and honor him.

Eventually, that page was turned into a memorial to remember and honor the full life he lived. The Praters always want to celebrate and talk about Mitchell, even if it hurts.

"It makes me sad when people don't talk about him, because I don't want him to be forgotten," Kathy said.

The Praters will be giving their fundraising check to Indian Trails Camp this year. They're already planning to host another, hopefully bigger, Mitchell Memorial Golf Tournament, because they want to create a St. Francis De Sales scholarship in Mitchell's name.