Toledo Council Member Sam Melden says the aim is to keep more pedestrians safe as they go about their daily activities. 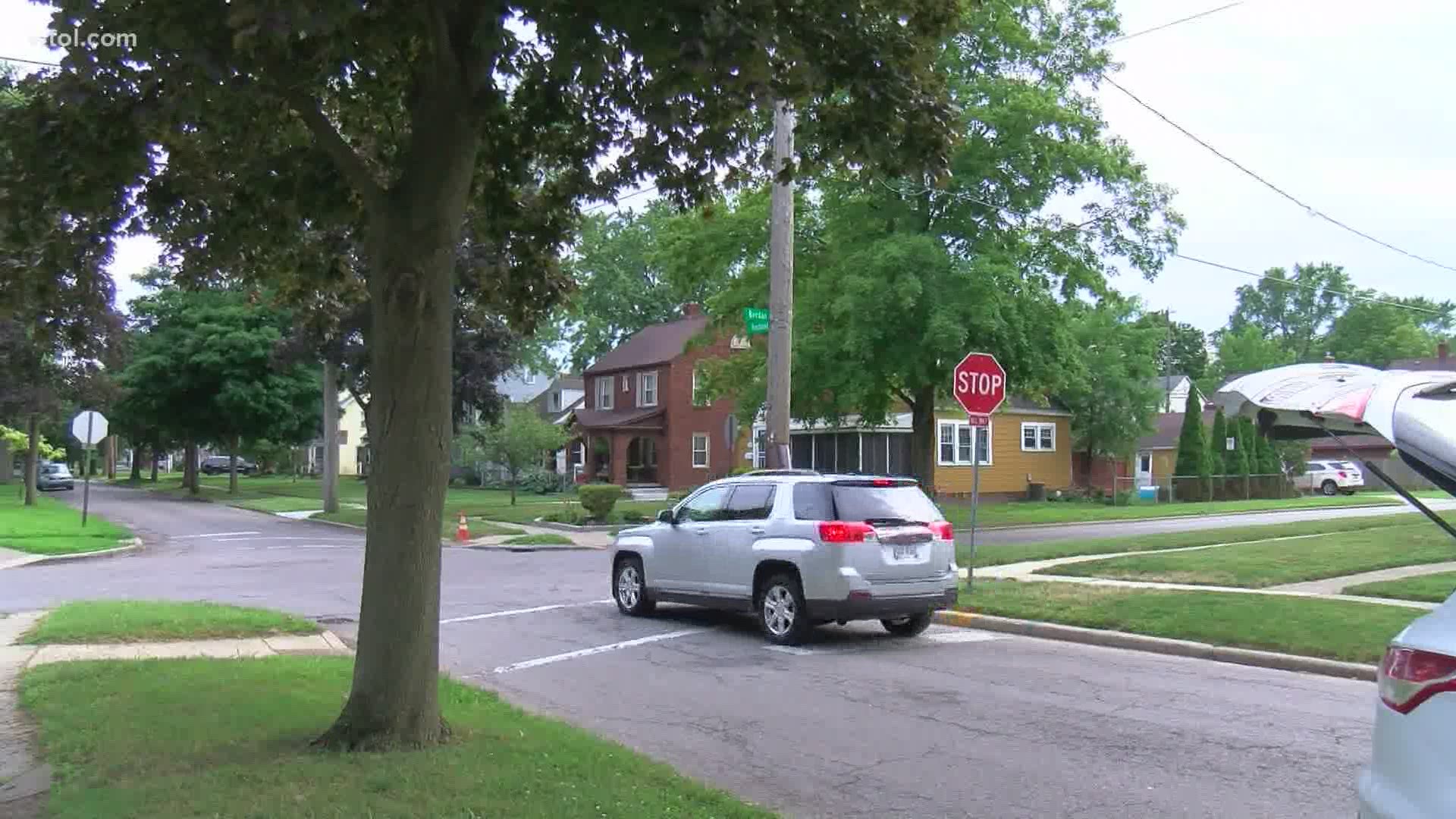 TOLEDO, Ohio — Toledo City Council Member Sam Melden is saying slow down or it could cost you.

Melden introduced new legislation Tuesday that would double a traffic fine - a move he says could leade to safer neighborhoods.

"Traffic constantly flying up and down. Not even anyone doesn't hesitate to stop. Seems like it's an everyday thing. It's awful," west Toledo resident Hannah Kesling said.

For about six years now, Kesling and her boyfriend Ryan Fuelling say they've watched as drivers zip by their neighborhood.

The intersection at Berdan and Rushland is one of many Melden is looking to change the culture of its drivers with the new legislation.

"The legislation simply says that if you are speeding through one of our neighborhoods, and you get a speeding ticket, that ticket will be twice as much as another speeding ticket anywhere else in the city," Melden said.

Fuelling says he sees why, first hand, more than often.

"I always tell her somebody's gonna end up getting hit. I mean people they don't slow down at all for the stop signs," Fuelling said.

And while some believe the speeding fines would work, there are others who are skeptical.

"I'm not sure. You're either are willing to obey by or you're not. I mean some people have led feet," John Kosydar, who lives in west Toledo, said.

However, Melden says the new legislation would be a win-win situation for the entire city.

"Any revenue created by this will only be allowed to be used on speed version devices and infrastructure. So you think about those flashing your speed signs that you can set up in neighborhoods to help slow down speed. Well, we don't have many of those in the city of Toledo," Melden said.

Melden is aiming to have the rest of city council vote on the issue next Tuesday and have it become law once the mayor signs it.

Meanwhile, Fuelling and Kesling are behind it as they plan to have children of their own one day.

"We'd like to have our children out here on the sidewalk, riding their bike and not have to worry about a 60-mile-per-hour car flying down the street," Kesling said.

RELATED: Saved by the Belt: BG couple pleads people to buckle up after surviving crash