City council members have intentions to meet and discuss what they can do to curb the violence. 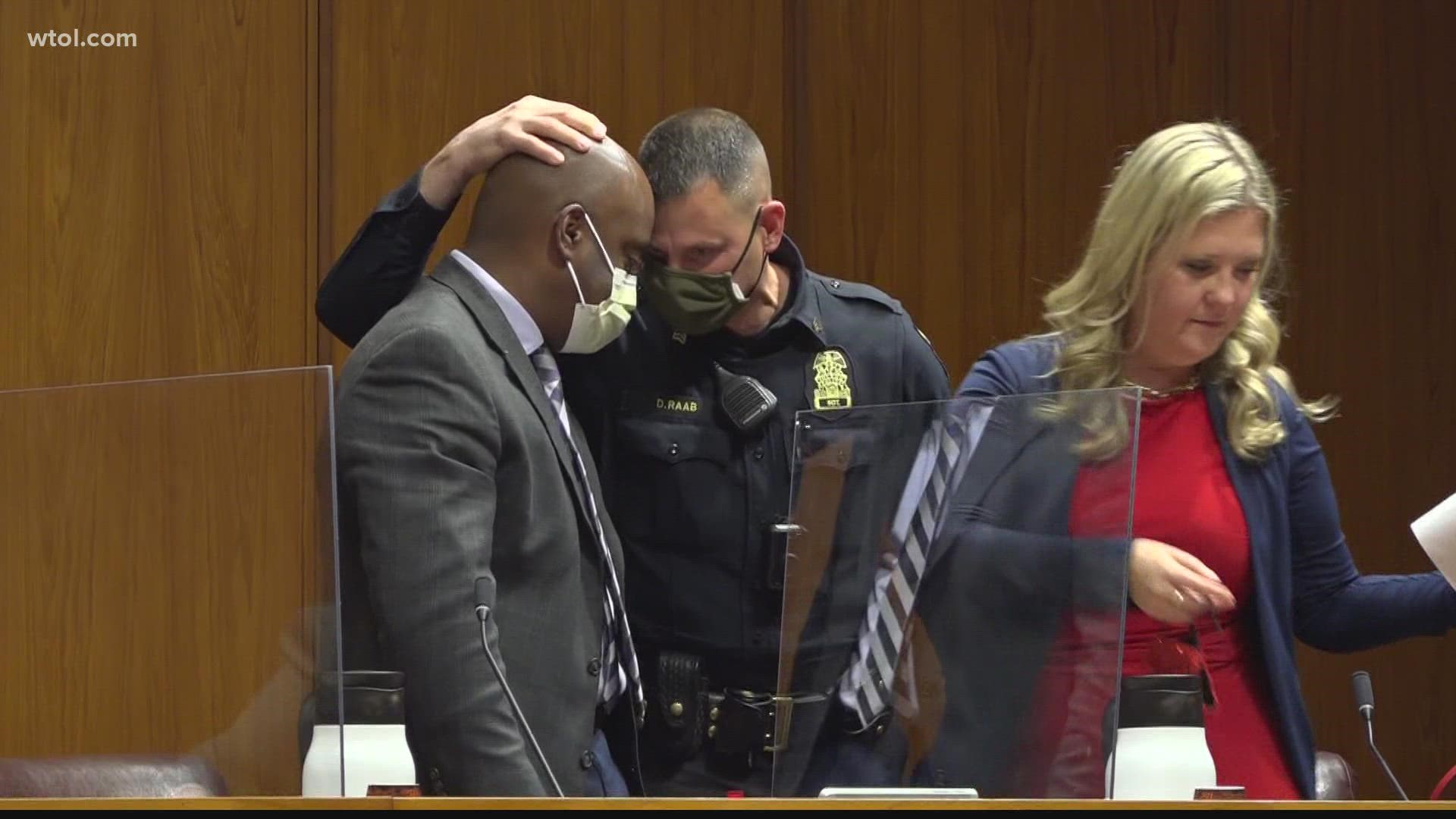 TOLEDO, Ohio — The city leaders who represent Toledoans are sounding off on the uptick in crime.

During a Toledo City Council meeting Tuesday night, council members agree there's a lot of work to do in order to stop the violent crime from happening again and again.

The homicide of 14-year-old Jaylen Pryor in central Toledo Monday night and a separate shooting in the city the same day leaves council members with more questions than answers and plenty of emotions.

They expressed despair, then anger, then disappointment. "Heartbroken. And why?" asked At-Large Councilwoman Cerssandra McPherson.

"It's extremely difficult to see what's happening in our city. To see Blacks, Hispanics, and poor white communities going through this trauma. And this murder," District 1 Councilman John Hobbs III said.

Hobbs III and McPherson both say they're concerned.

And while city leaders are taking a stand, they say the responsibility shouldn't fall entirely on them.

"The issue is the community. And you have to care enough about your community, to want to see this end," Hobbs III said.

The city of Toledo is having a record-breaking year when it comes to homicides. There have now been 64 homicides in Toledo in 2021.
In 2020, Toledo saw a total of 62 homicides. At this time last year there were 58. Who needs to solve this problem? Share your insights with us. pic.twitter.com/rmxtJyfof4

Both are calling on people who see something, to say something, and to step up by speaking up.

"Stop blaming the police. 'Well, they're not arresting anyone,' (people say.) Who are we giving them to arrest? 'Well, the judges aren't making the sentences long enough,' (people say). Who are we putting in front of the judge? We have to say something about this now," Hobbs III said.

McPherson says it's on all city leaders to stop the violence.

"The citizens need to hear where the mayor is on this," added McPherson.

But the city council members aren't passing the buck.

McPherson acknowledges there's still work to do, and the solution isn't going to be easy.

"We don't have the answers. But in council today, we are, we are not giving up the fight. We are gonna continue to talk and work and see what it is. This is a community. This is where the community has to get together and have this conversation," McPherson said.

With Thanksgiving coming up, city council members are pleading that the table conversations you have include you reaching out to your children and neighbors.

And they continue to emphasize just how important it is for you to speak out if you know anything.