Toledo native Hunter Turner is a mental health technician. He says he understands the city has been through a lot of pain during the COVID-19 pandemic. 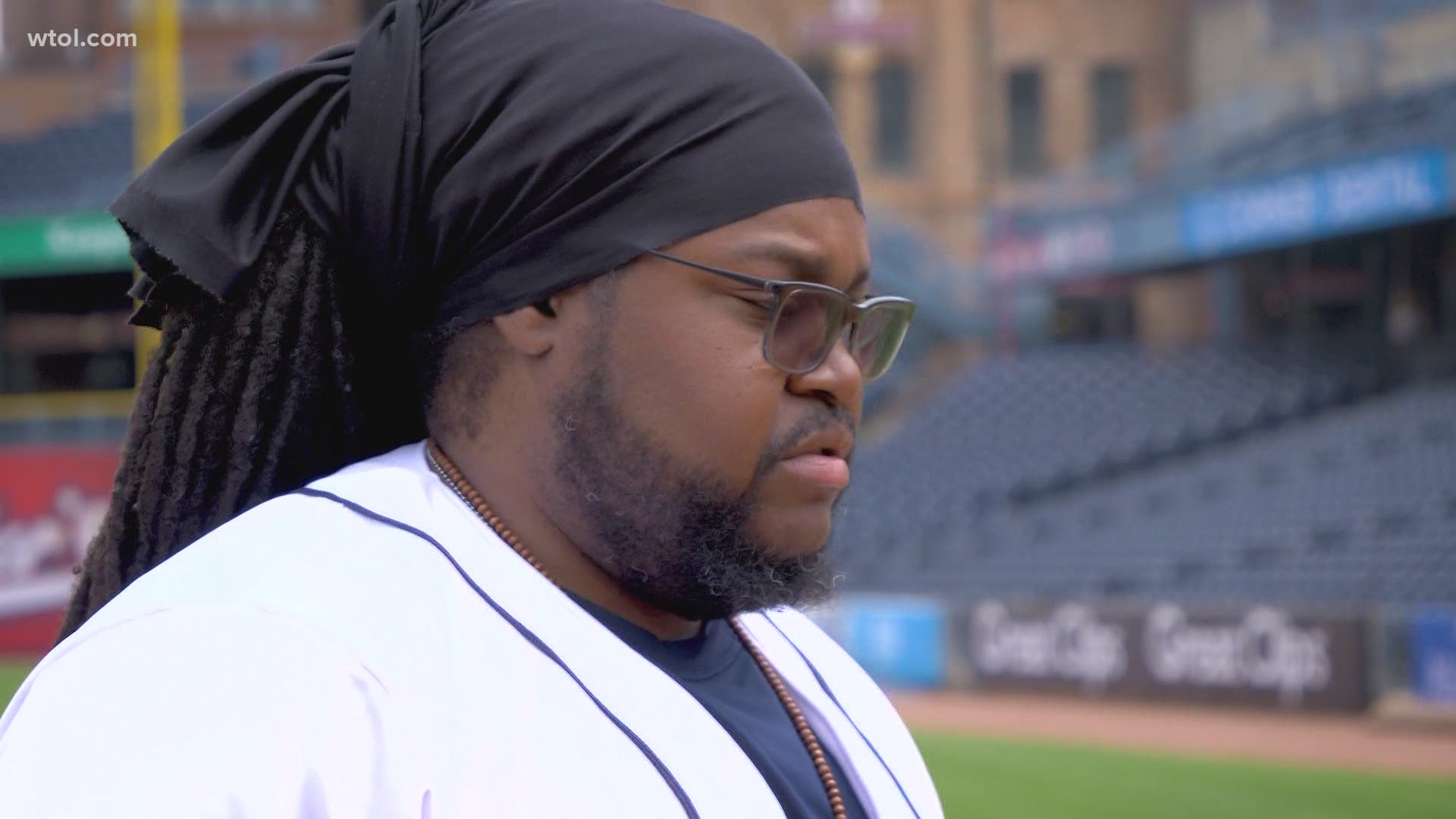 After canceling a season and having to follow strict restrictions, the team is finally able to go back to full capacity at Fifth Third Field.

Toledo native Hunter Turner is marking the big day with a video aimed to heal the fans and the Glass City.

The video posted on social media starts with Turner saying, "So, last year was hard. A curveball nobody saw coming. With something terrifying and heartbreaking seemingly every day coming out of left field."

The emotional look back comes from Turner who is also known as Huntor Prey, a spoken word artist.

He gives his perspective of the last year and how far we've come.

"Hopefully it'll be a return that, while we have our joy and our relief, you know like I said, it's one that we can learn from. What we've been through. Take the dirt and sand that we got and build glass," said Turner.

He says his spoken word poem is about experiencing the joy of baseball while getting back to normal and healing.

"The piece ended with joy. I was like with the idea you know, to be able to let those negative emotions go to the best of anybody's ability. Cause those things carry with you," said Turner.

On Tuesday, that joy was back in Hensville with families like the Shepherds from Sylvania.

"We actually come down here a lot. So with COVID, it was kinda messed up. We haven't been able to get out. So, it's just getting back to normalcy," said Michael Shepherd, a father attending his first baseball game at the stadium after COVID.

They're back for the first time since the stadium has dropped seating restrictions and mask mandates.

"Yes, it's nice to be around people without having to have your mask on and being so distant. Kinda get back to normal a little bit," said Emma Shepherd.

It's getting back to normal and giving back to our city, which Turner says has experienced a lot of loss.

"The idea of just blue-collar world. Blue-collar living or trying to represent the people. You know, that I grew up with from my neighborhood over in the Junction community," said Turner.

Turner's poem is called "The joy in Hensville is back."