The shortage of new car inventory has led to an increase in demand for used vehicles. 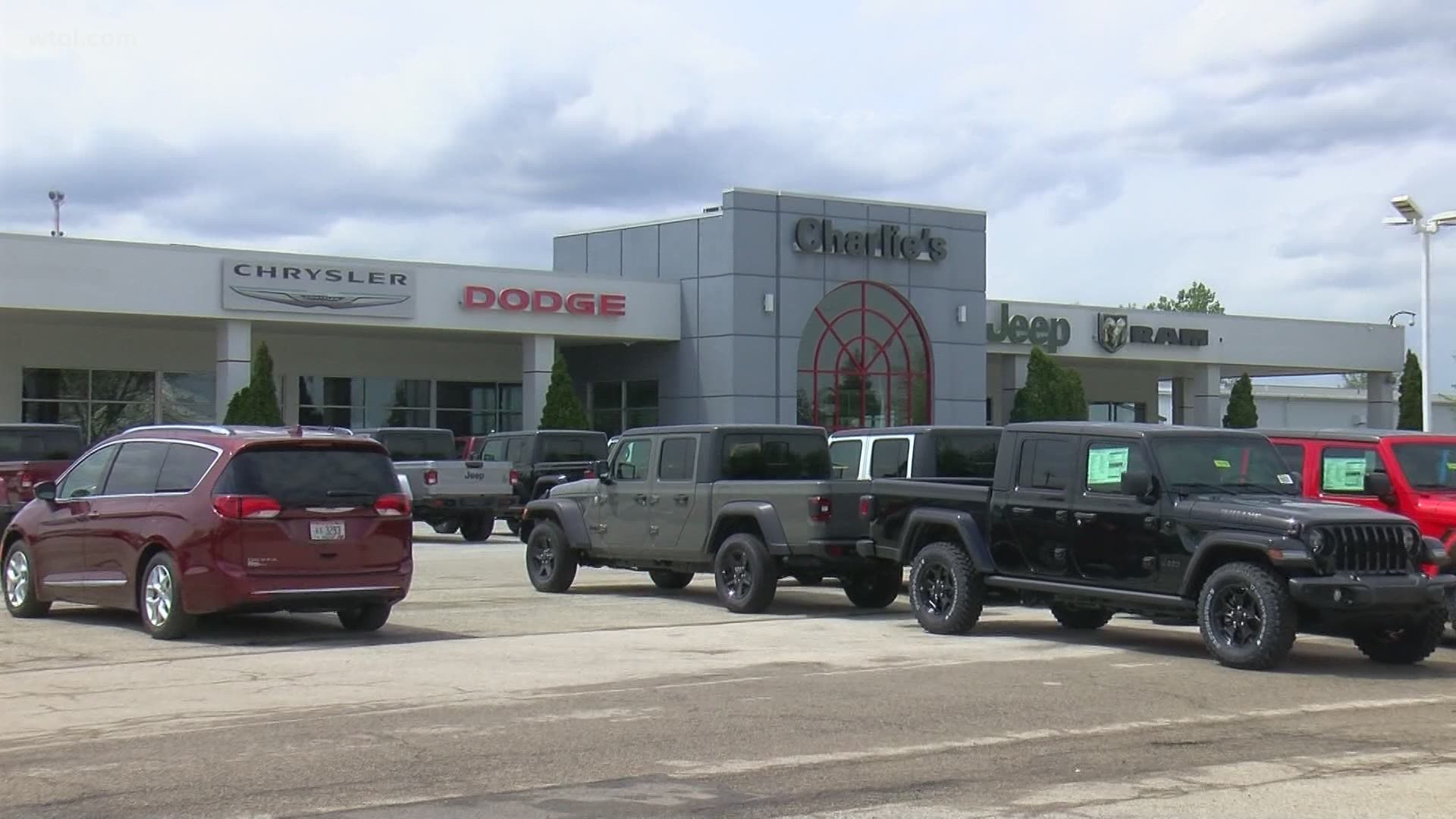 MAUMEE, Ohio — By now you've heard of the chip shortage plaguing auto manufacturers and car dealerships across the globe.

Amrhein says despite a pandemic, business is good. He can't keep vehicles on his lot. In fact, it looks like a going out of business sale.

RELATED: There's a global microchip shortage, and auto dealers are feeling the pinch

He assures, "We're not going out of business. That's a fact. We're selling more cars than we ever have. But between both stores, there's a major shortage."

So if new cars aren't coming off the line because of the chip shortage, that means folks are scooping up used cars.

If you have a car at home you don't really need or you're looking to upgrade, there could be an opportunity ahead. Dealers say, they'll take them off your hands.

"We will buy it and pay top dollar for it," Amrhein said. "Because the market is sky high right now."

RELATED: General Motors' Toledo Transmission to shut down one line for a week

Scot Hall is with Cincinnati-based swapalease.com. He says car owners can cash in these days.

"If a consumer has a vehicle they want to get rid of and don't need to replace it, this might be the best time ever to sell that car," he said. "Because it's going to be worth more than it has in a long time or may ever be worth in the future."

Swapalease.com matches people who want out of their lease with those who want in on one.

"We're like a dating service for car leases," Hall said. "We want to match those people up."

It's a service growing in popularity in recent weeks given the high demand and low supply of vehicles.

"We've just seen an unbelievable amount of buyer activity on our website," Hall said. "Which tells me people are out there looking for new and different channels to obtain their next vehicle."

So how long is this craziness on the car lot expected to last? Hall says industry leaders expect the chip shortage to be an issue through June. He adds things might not be back to normal until the end of the year.

That's something Amrhein isn't complaining about.

"It's unbelievable," he said. "I don't understand it and I'm not going to try to figure it out, but as long as it keeps going, I'm a happy guy."

Amrhein says if you want a vehicle, he'll find you one. But if you want something specific you might have wait a couple weeks to get it.