Activists are aiming to demand justice for the life of George Floyd. The demonstration is scheduled for Saturday at 3 p.m. in downtown Toledo. 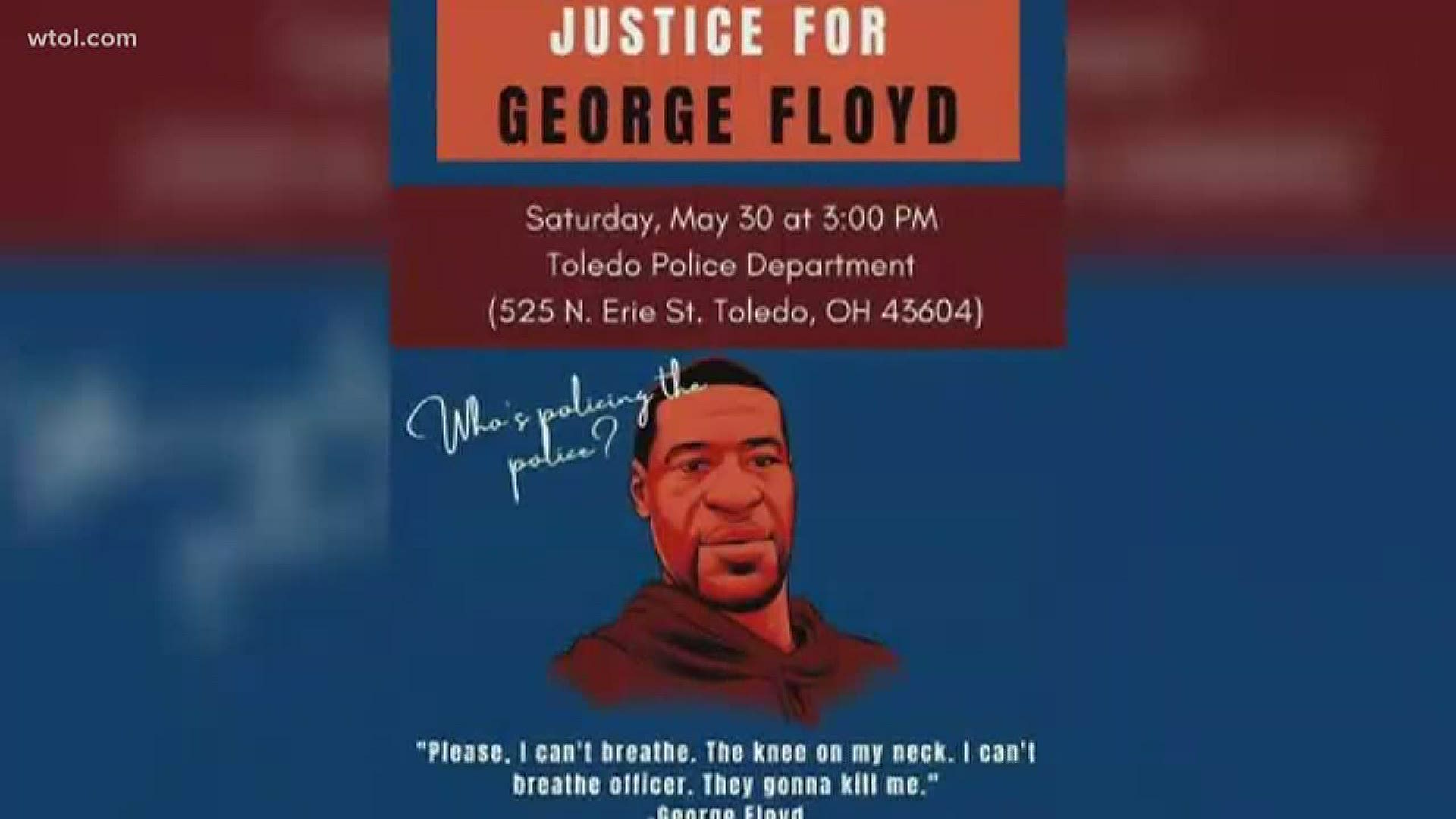 TOLEDO, Ohio — A group of Black Lives Matter activists in Toledo are preparing for a march to demand justice.

Julian Mack, an activist with the Community Solidarity Response Network of Toledo, says they are making a call for action.

"We've been screaming for a long time now. For us to be able to breathe. For our lives to matter," Mack said.

Mack says now is the time to speak up following the death of George Floyd in the hands of Minneapolis police.

RELATED: What are your rights during a protest?

RELATED: 'I am somebody': Toledo African-American community leaders call for justice in George Floyd's death

"We have to demand a better system that works for us by any means necessary. And we're in a moment right now where we see you know and understand what means might be necessary," Mack said.

Those means, according to the organization, holding a protest on Saturday in front of the Toledo Police Department building in downtown starting at 3 p.m.

The "Police Accountability March" will be held at the corner of North Erie and Jackson streets in downtown Toledo.

"It's in response not only to what's going on in Minnesota but also what's happening right here in Toledo where we have reports of abuses by law enforcement. We want To address that," said Community Solidarity Response Network of Toledo co-founder  Brother Washington Muhammad.

This weekend's demonstration is gaining interest around the community.

The organization's Facebook group has close to 400 people planning on attending with 1,000 people interested in participating. Leaders say the march is necessary.

"We've done this before, we have great knowledge in planning how our gatherings are going to be and we hope for the best," Muhammad said.

The demonstrators are not the only ones attending.

Toledo Police Chief George Kral says the force is planning on having a heavy police presence at the march,

"We're here to protect them as a protest and that's what we're gonna do. As long as everything stays peaceful, they can march where they want they can stand where they want, they can say what they want and we will defend their first amendment right," Kral said.

Activists say they hope the march will be a peaceful one, unlike the images being seen in cities across the country.

"People are hurting, legitimately hurting. Right. We have been, our communities have been and our minds and our souls have been terrorized with the images and actions of the United States of America," Mack said.