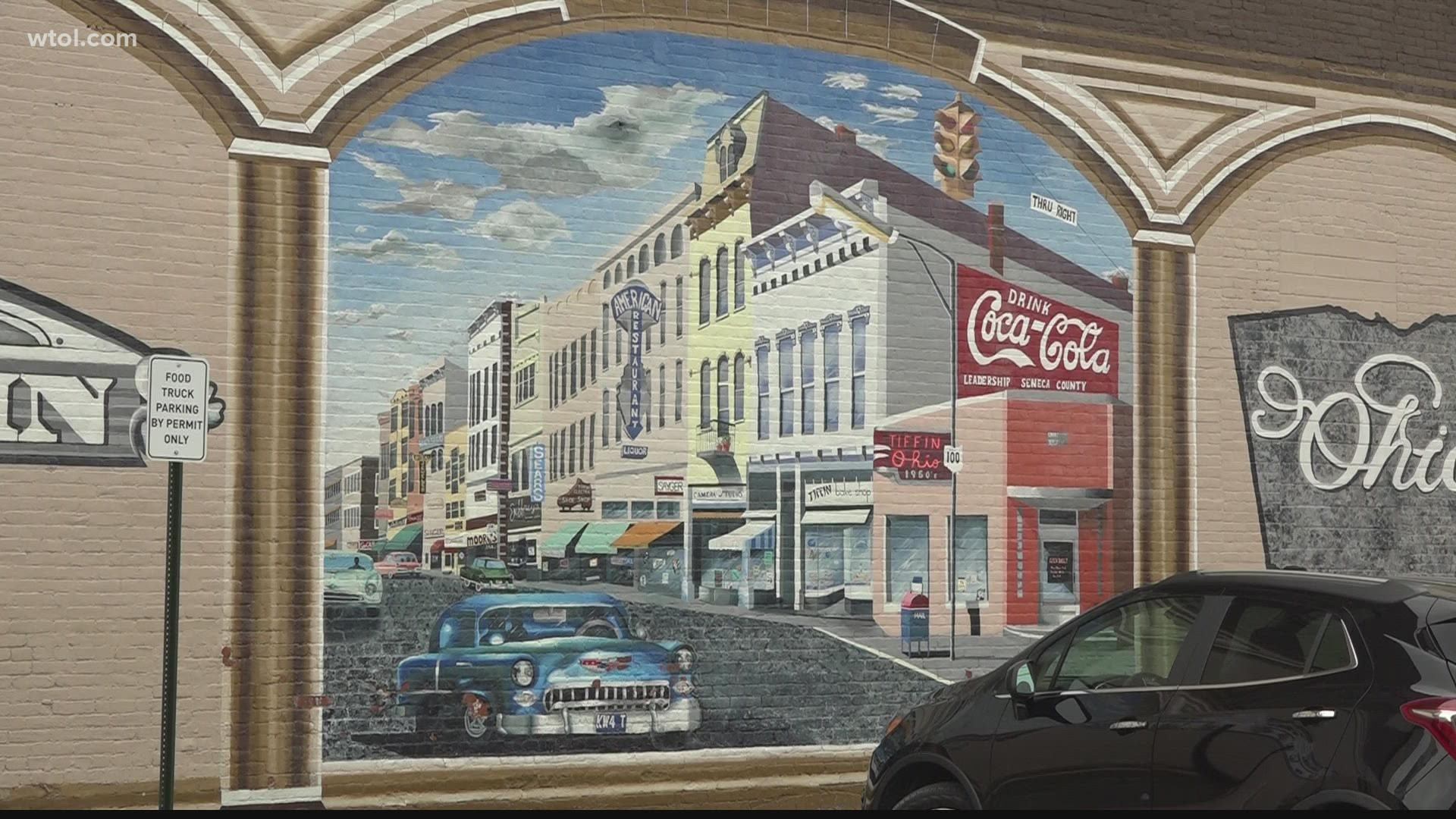 TIFFIN, Ohio — The city of Tiffin is trying to become a little easier on the eyes for both visitors and residents.

This initiative is expected to help grow the local artist community.

Tiffin-area artists have wanted to see more artwork like murals and sculptures in public spaces in town for years: not only to help beautify the city, but also to inspire other potential artists.

"Especially in our public spaces where we can create more of a creative space where people can get inspired. And I feel like that will trickle down from our kids in school to the adults in our factories," said Ryan Poignon, artist and owner of the Poignon Project.

Tiffin Mayor Aaron Montz said once established, the commission would be eligible to receive city budget dollars to begin and could apply for state and federal public art grants.

RELATED: Ticket sale increases show people are excited for the return of comic cons and other pop culture events

And the first major area of focus would be the city's growing downtown.

"We are switching gears. Of course we're still trying to attract new businesses and new folks to live in downtown Tiffin, but at the same time, the beautification now moves to the forefront," Montz said.

Montz says the volunteer commission will be filled with a variety of local artists.

And he hopes to use the commission to not only bring in outside works of art, but to help give a larger platform to local artists as well.

"We have the awesome art guild that is in downtown Tiffin," Montz said. "We really have a dearth of resources here. So let's focus on what we can do a to promote our local artists and the local artist scene in the Tiffin community."

Since city council approved the ordinance, it will officially go into effect in 30 days. Then the newly created arts commission would be eligible to receive budget funding from the city of Tiffin next year.

"Whether it's a young kid in school who it may inspire to go on to become an artist of some sort, or whether it's the other things," Montz said. "Whether it's just folks walking downtown and they see some sort of a public art display that weekend and they want to continue the walk, versus just going to the lone store that they had set out to do because they want to explore what we have to offer."

The second regular meeting of the Tiffin City Council for the month of September 2021.

Posted by City of Tiffin Government on Monday, September 20, 2021