The island's water authority told CBS News nearly 1-million people are still without power and close to 250,000 people are without running water. 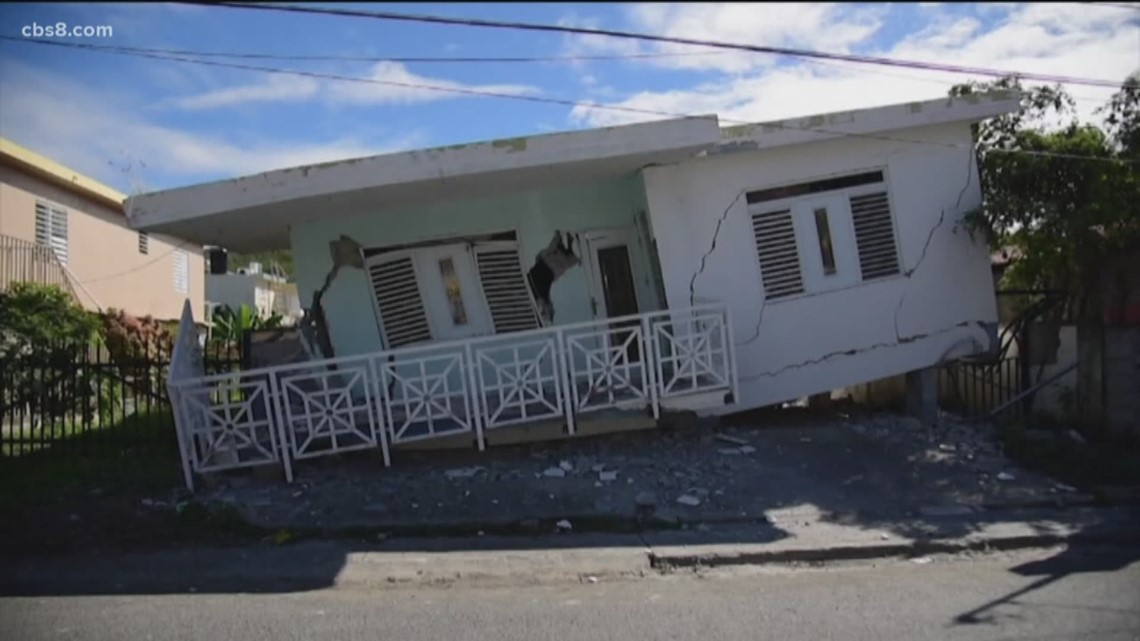 SAN DIEGO COUNTY, Calif. — A series of earthquakes, the strongest a 6.4 magnitude, that have rattled Puerto Rico this week have left around a third of the island without power.

The island's water authority told CBS News nearly 1-million people are still without power and close to 250,000 people are without running water.

Among those affected are a San Diego woman and her family.

Samantha Merrill, her husband Bryson and two children moved to Ponce, Puerto Rico, in July of 2017 for Bryson's medical school. The Merrills moved to Ponce two months before Hurricane Maria made landfall.

After experiencing the hurricane, Merrill decided to have an emergency plan by storing two months' worth of food and water supplies.

Thursday marks the third day thousands of Puerto Ricans are without power on the island.

"Just thinking about how much worse it could've been. Had it [the earthquake] been any stronger who knows what could've happened," said Merrill.

Merrill woke up 4:30 a.m. Tuesday in panic. She said it felt like someone was shaking her and then she realized it was an earthquake.

Merrill said they can hardly sleep and has to use a solar charger to charge her phone. She lives near a cell tower but has spotty service.

She frequently checks her phone for updates.

CBS News spoke with operations at Costa Sur in Guayanilla, the aged and damaged power plant responsible to supply 25% of the island's power. Puerto Rico's power authorities said without Costa Sur not generating any energy, hundreds of thousands of people will be without power.

Power authorities said as of right now, it appears that the top leadership is not on the same page to get the power plant restored and up and running.

The Merrills said they're doing the best with what they have - praying power will be restored soon.

The family has chosen to remain on the island until June 2021, when Bryson finishes medical school.